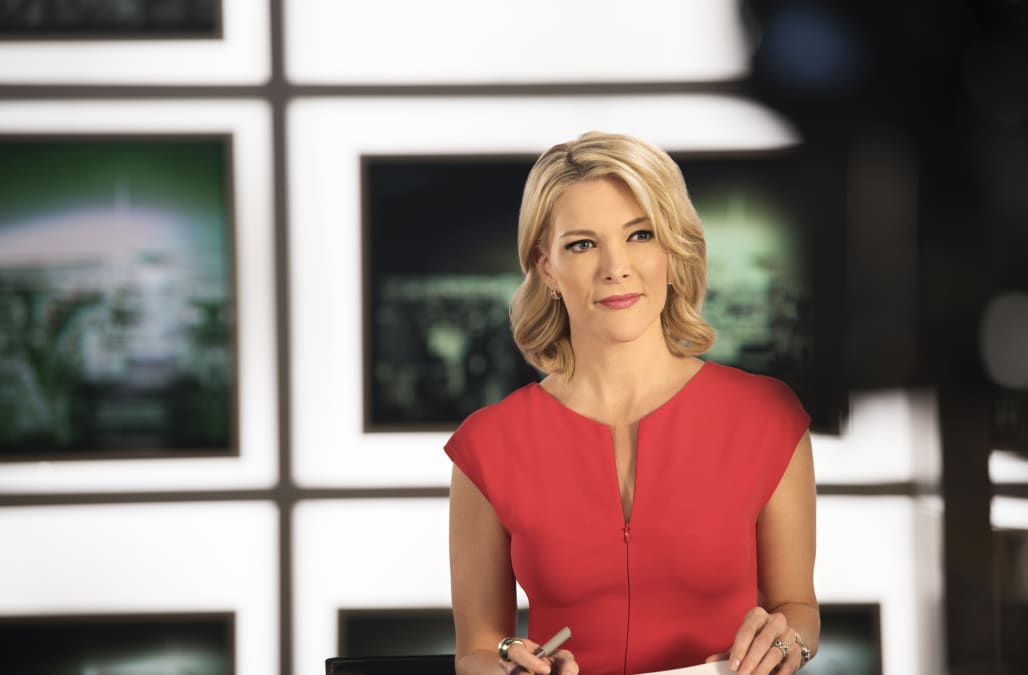 The NBC-owned station WVIT in Connecticut will not air Megyn Kelly's interview with Alex Jones, TheWrap has learned.

The station serves the region of Connecticut that includes Newtown, the town where the mass shooting at Sandy Hook Elementary took place in 2012. In an internal memo, the station objects to the Info Wars host's previous claims that the shooting — which left 28 people dead, including 20 children — was a hoax orchestrated using actors.

"Over the last few days, we have listened intently to Sandy Hook parents, our viewers and importantly, to you. We have considered the deep emotions from the wounds of that day that have yet to heal," the memo read. "Because those wounds are understandably still so raw, we have decided not to air this week's episode of 'Sunday Night With Megyn Kelly.'"

Kelly first came under fire when NBC previewed a portion of the upcoming interview with Jones last Sunday night. Critics immediately expressed concern that NBC was giving the conspiracy theorist a platform. During the 97-second preview, Jones calls the attacks of Sept. 11 an "inside job," questions the legitimacy of the shootings at Sandy Hook and says, "30 years ago, they began creating animal-human hybrids. Isn't that the big story Megyn Kelly should be doing?"

Kelly later took to Twitter to defend the situation, writing that she finds Jones' suggestion that Sandy Hook was a hoax "as personally revolting as every other rational person." She explained that she wanted to feature him on the program to "shine a light" on his views given his relationship to President Donald Trump, who has appeared on Jones' show in the past.

Sandy Hook mom slams Megyn Kelly over Alex Jones interview
Here you go @megynkelly - her name is Ana Grace Márquez-Greene. Say her name- stare at this & tell me it's worth it… https://t.co/8Oufyc7r7L
@megynkelly I never imagined losing a child to gun violence and being involved in something like this. By making th… https://t.co/MKbXMbRk5j
@megynkelly The memory of our child. You have a powerful platform. I encourage you to "shine light" on affirming th… https://t.co/mamR5tsHD3
@megynkelly Person who mocks those losses. @megynkelly , I pray you never know it pain. I am asking you to be the w… https://t.co/Lkv9801v5P
@megynkelly Reversed. You have the choice to do the right thing. Shine light on truth, love and hope. Hate and evil… https://t.co/TYZmfppiPS
In @megynkelly 's America, cruelty gets u on national TV on Father's Day. #SandyHook grieving dads will go to the cemetery. #thisisnotnormal
Up Next

Jones himself has called for the interview not to air, claiming that Kelly misrepresented his views. On Thursday night, Jones leaked audio he recorded during the interview.

In a statement on Friday, an NBC spokesperson said the network will still air the interview as planned: "Despite Alex Jones' efforts to distract from and ultimately prevent the airing of our report, we remain committed to giving viewers context and insight into a controversial and polarizing figure, how he relates to the president of the United States and influences others, and to getting this serious story right. Tune in Sunday."

Read the WVIT's public statement regarding the decision not to air it below:

Whenever there is news regarding the Sandy Hook tragedy, the pain resurfaces for our community and our viewers. With the upcoming interview airing on Sunday Night With Megyn Kelly, WVIT NBC Connecticut will make sure to give voice to those most affected by the tragedy, and most impacted by the interview.

Additionally, anchor Kevin Nathan is in Washington, DC tonight to cover the Sandy Hook Promise Champions gala. As part of that reporting, we are talking to local parents and covering their commitment to change.

We will continue our coverage throughout the week, including a special report on our Sunday 11 p.m. newscast after Sunday Night With Megyn Kelly.

NBC Connecticut is committed to giving the Sandy Hook families a voice, today, tomorrow and in the future.