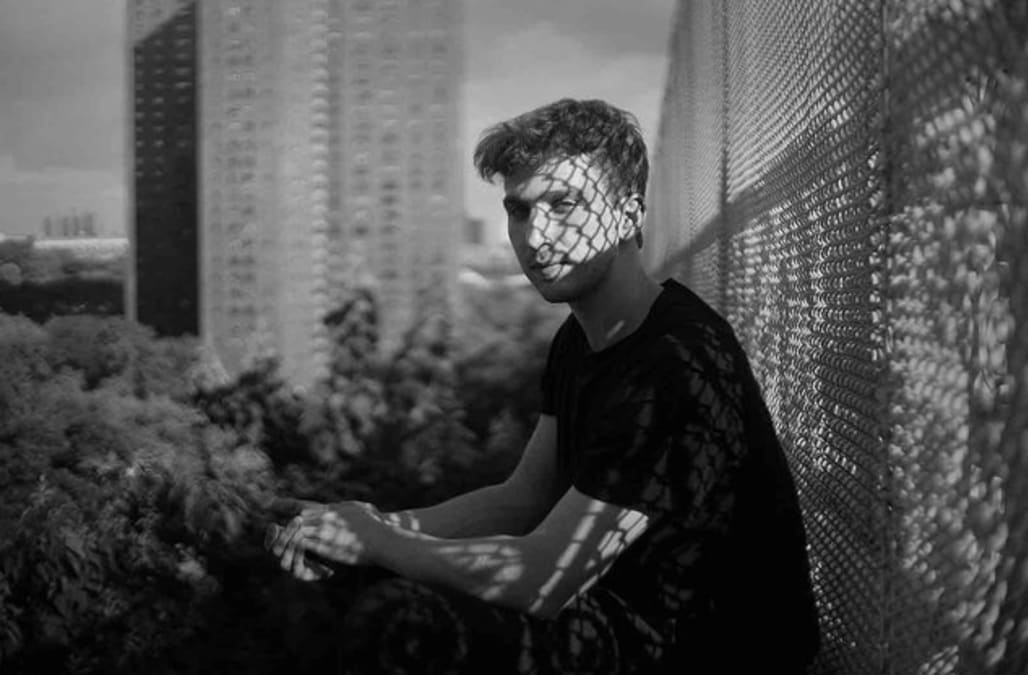 Around this time in 2016, Bill Dess, aka Two Feet, was working as a bodega cashier in New York. Last month, the 23-year-old made his festival debut on the main stage of Lightning in a Bottle in Bradley, California, then followed that up with a set at Bonnaroo on June 8. The day after that, he released his four-track sophomore EP Momentum, a showcase for his raw, bass-infused blues sound that's taking the indie scene by storm.

To say that it's been a whirlwind year for Two Feet would be an understatement.

"It's been crazy," Dess said with a grin to AOL Entertainment during an interview at Lightning in a Bottle. "It still kind of is, to go from nothing to this. The whole project has been moving so fast."

And he's not done yet. Two Feet recently signed with Universal Music Group and is in the early stages of recording his first album.

"The first and second EPs flow together and have a theme," Dess said. "I want to see if I can put together a 10-song album with a theme and keep it moving. ... It's a very exciting phase."

All this started because of the overnight success of "Go Fuck Yourself," which he posted on Soundcloud one night after knocking down a few drinks. When he woke up, it had over 10,000 plays on the music-sharing platform, and managers vying to represent him were filling up his inbox.

Ironically, the defiant directive in the song's title was aimed at the Soundcloud community, which he'd grown frustrated with after trying in vain for months to break through on the EDM-centric site. Laying down bold, building vocals and mixing catchy guitar riffs with full-bodied bass did the trick -- the track now has more than 36 million combined plays on Soundcloud and Spotify.

With two well-received EPs and a couple energetic festival performances under his belt, Dess is feeling confident about his chances of elevating his stature in the music industry. He goes on runs through Central Park and envisions himself playing in front of hundreds of thousands of people.

"I can be straight up, if I'm being honest, I don't care if it sounds 'out there,'" Dess said. "I'd love a Grammy. I'd love a platinum record. I'd love everything you can get from doing this career."

Two Feet
Up Next