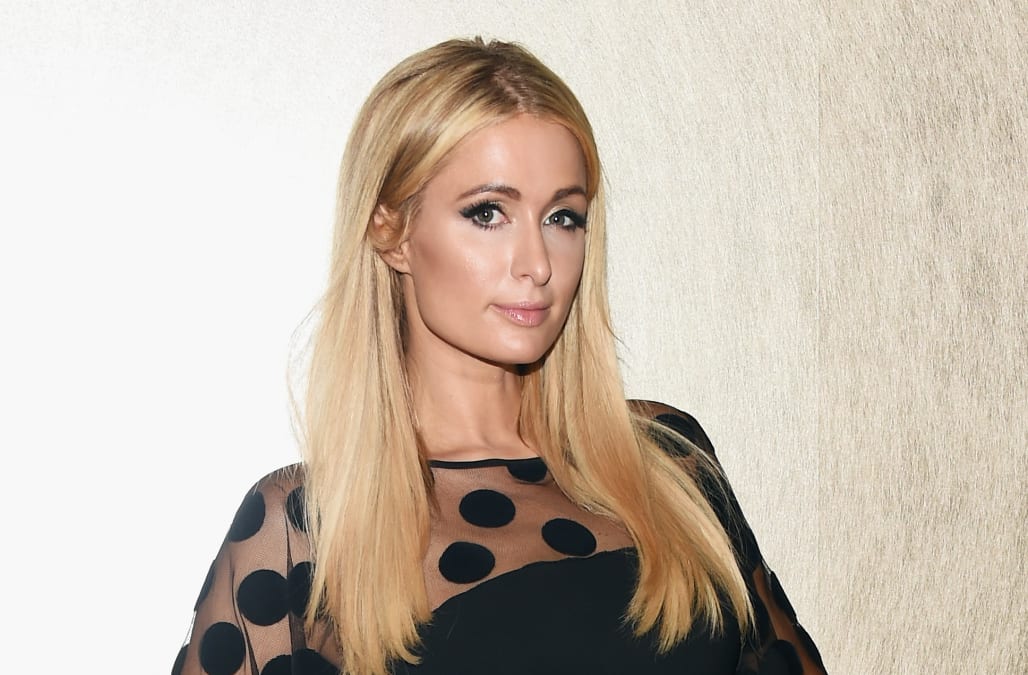 Stars didn't fail to impress with their sexiest outfits on the red carpet this week, with some notable looks that we couldn't stop obsessing over!

Paris Hilton hit the red carpet at the 2017 Los Angeles Film Festival on Thursday night in a polka-dotted LBD that showed off her toned legs. She paired the look with some studded heeled boots.

That's hot! Paris Hilton sparkled in an polka dotted LBD that showed off her toned frame.

Jaime King flashed a bit of flesh in a floral two-piece top and bottom set. Her legs look incredibly long in her pointy black pumps!

Hottie alert! Jaimie Alexander was a vision in a black-and-white patterned dress.

Pamela Anderson stole the show in a vintage-inspired, nude-colored gown. She polished off her look with a fancy updo that showed off her natural beauty.

Victoria's Secret model Elsa Hosk was a total babe in a high-low strapless black gown that perfectly showed off her million-dollar legs!

She's ready for business! Kim Kardashian looked like she was ready to hit the boardroom in her sexiest corporate outfit.

Actress Kerry Washington was a vision in white, wearing a summer-appropriate dress that she paired with nude heels.

Zoey Deutch was a total vixen in this neutral-hued ensemble that she paired with a super sexy dark red lip. The black bow on her left shoulder adds a unique touch to the white strapless dress.

Earlier in the week, Victoria's Secret model Elsa Hosk rocked a high-low black gown of her own at the 2017 Fragrance Foundation Awards. The blonde beauty showed off her million-dollar legs in the sexy, yet sophisticated, ensemble and we couldn't stop looking.

Meanwhile, Kim Kardashian and Kerry Washington attended the 2017 Forbes Women's Summit in their most stylish corporate looks. Kim looked like she was ready to hit the boardroom in an all-black suit, while Kerry looked playful and feminine in a white mini dress.

Check out the hottest looks of the week in the slideshow above.

Drew Barrymore stopped by a Walmart in Bentonville, Arkansas, to check out her exclusive line of FLOWER products.

Scarlett Johansson flashed her 100-watt smile at "The Late Show" in a semi-sheer dress and aviators. (Photo by Jackson Lee/GC Images)

Olivia Munn visits Proactiv’s “Pop This, Not That” pop-up to celebrate the launch of ProactivMD in NYC.

Bella Hadid channeled the '90s while out and about in New York. (Photo by James Devaney/GC Images)
Carrie Underwood performed an exclusive live set for American Airlines AAdvantage Mastercard cardmembers at The Fillmore in Philadelphia. (Photo by Christopher Polk/Getty Images for Mastercard)
Heidi Klum rocked a sexy LBD during an outing with her adorable children in New York City. (Photo by Robert Kamau/GC Images)
Celine Dion stepped out in Paris in a stunning patterned ensemble. (Photo by Marc Piasecki/GC Images)

Taye Diggs hosted a screening of "The Resiliant Heart" at the LA Film Festival.

Pamela Anderson paid yet another visit to her "friend" Julian Assange in London. (Photo by Neil Mockford/GC Images)

(Photo by Michael Loccisano/Getty Images for The Michaels Companies)

Sylvester Stallone grabbed dinner with her famously beautiful daughters at Catch LA this week. (Photo by Hollywood To You/Star Max/GC Images)
Katie Holmes delivered one of her best looks ever for the 2017 Fragrance Foundation Awards in NYC. (Photo by James Devaney/GC Images)

Zendaya rocked a shirt dress, cropped tuxedo jacket and jeans while out in London.

Internet celebrity Cameron Dallas celebrates the launch of Proactiv’s new system, ProactivMD at the “Pop This, Not That” pop-up exhibit.