Janet Jackson was out in London rocking a slimmer post-baby figure.

The 51-year-old singer and her estranged billionaire husband, Wissam Al Mana, were both seen leaving court on Friday. 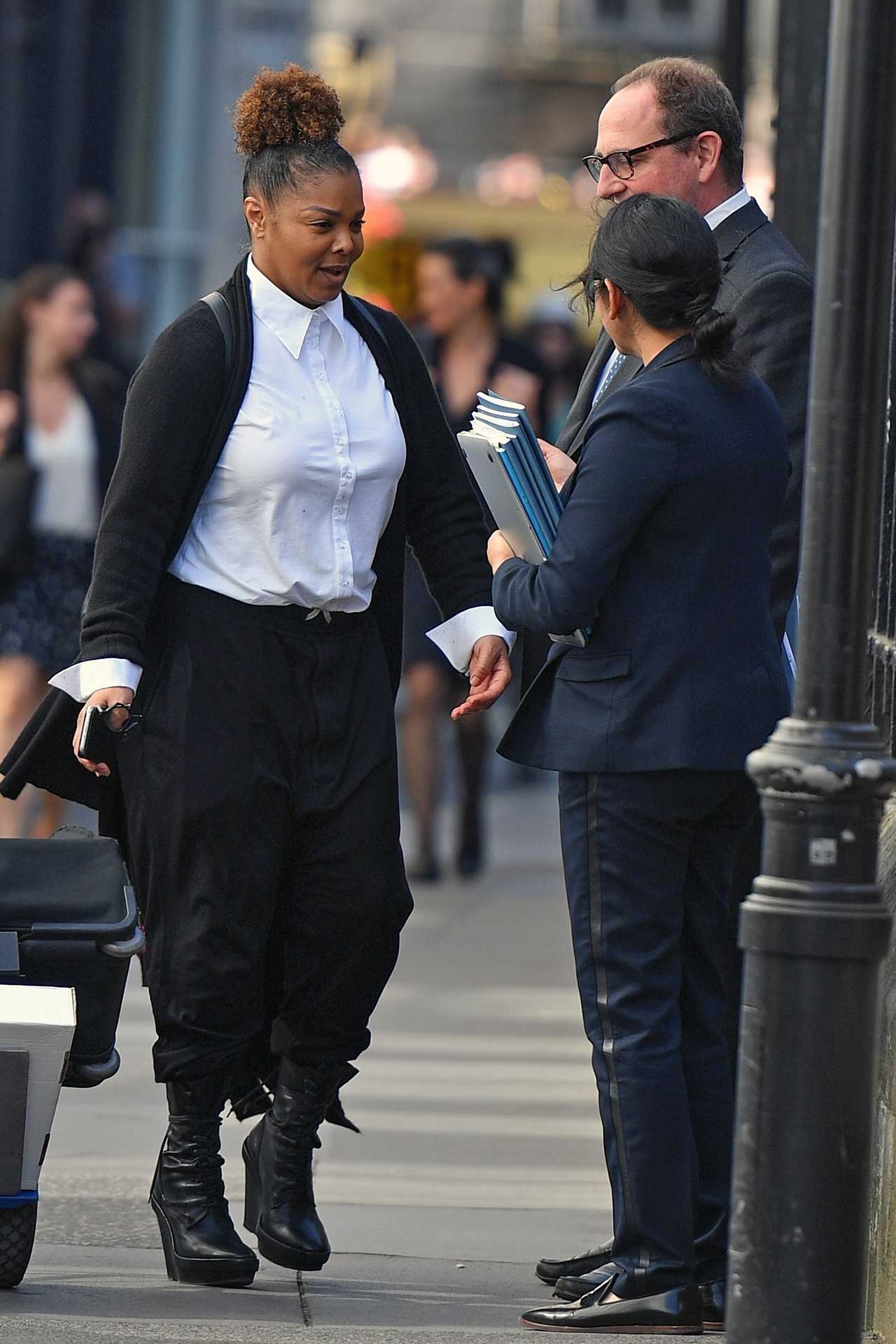 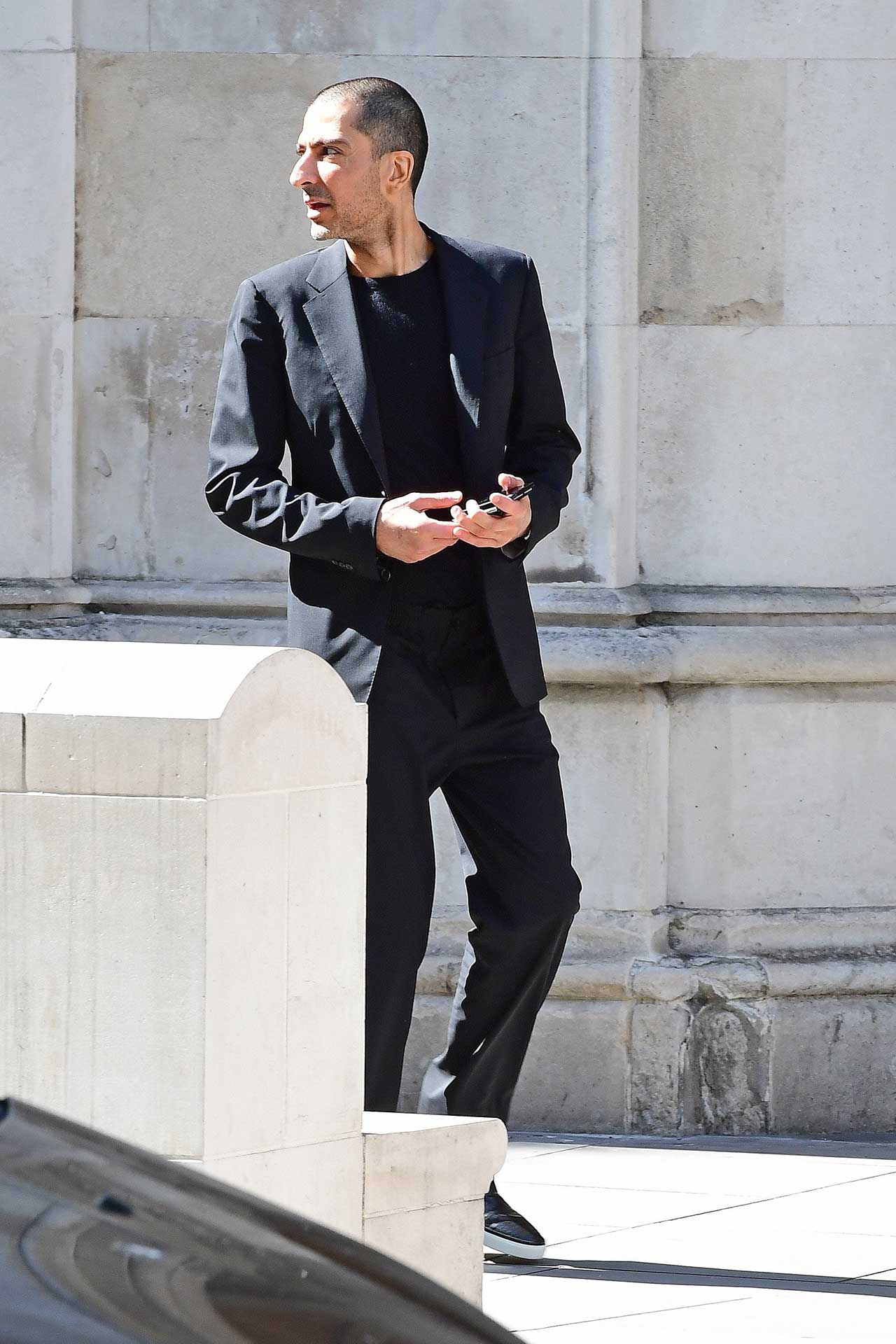 EXCLUSIVE: Janet Jackson Receives Over 100 Roses and Orchids From Estranged Husband on Her 51st Birthday

Earlier this month, a source close to the Jackson family told ET that the pop superstar had dropped 50 pounds since welcoming her first child, Eissa Al Mana, on Jan. 3, noting that the new mom has been "training, dieting and eating clean," as she prepares to head back on tour this fall. The source also said that Jackson is planning on bringing Eissa with her tour.

See more photos of Janet Jackson through the years:

Janet Jackson's Style Transformation
The youngest of the Jackson clan, Janet sits squeezed in between brothers Randy and Michael.
Young Janet loved plaid! Here she stands with brother Michael at the American Music Awards.
Some of the Jackson Family poses together at the Annual Television Parade of Stars in 1977, with a wee Janet in the front.
Janet poses for a photo shoot featuring "The Jacksons," wearing a cute striped "Good Buddy" sweater.
Jump ahead just five years and Janet looks like a grown up at the 10th Annual American Music Awards in this red tiered strapless ball gown.
Janet and her sister LaToya look like they're attending an '80s prom, but nope -- it's the '85 American Music Awards instead.
We can certainly see a bit of her brother's influence here, with Janet's all-black ensemble and leather gloves.
Janet sure loves that key earring -- here she is dressed in all navy for the presentation of platinum records for her album "Janet Jackson's Rhythm Nation 1814" and two singles.
Janet shows off her bra and abs at the First Annual Billboard Music Awards.
Janet poses with her brother Michael at the Grammy Awards, dressed in a white suit.
The MTV Video Music Awards typically attracted casual attire, but this is taking it to the next level... into ho-down territory.
Janet dressed up a bit more for the 1997 MTV Video Music Awards, wearing a long maxi dress and tight red jacket to match her red curls.
Janet wore a metallic corset to the Source Hip-Hop Music Awards.
We're not sure why this choice was made, but this dress is just plain scary.  There is such thing as "too much leather," and this dress is beyond too much leather!
Janet attended the 28th Annual American Music Awards in this cream silk wide-legged suit.
We think Janet is channeling Britney Spears with this tight sheer dress and pink hat.
We can see the fashion editors cringing at the 2002 Vanity Fair Oscar Party as Janet rolled in wearing this midriff-baring top and oversized coat.
Janet looked stunning for the 2002 Essence Awards in this silk halter gown.
Comfortable in silk, Janet attended a celebration of her new album "Damita Jo."
Menswear-inspired, bra showing... are we seeing a trend?
Yes, looks like we are.  Janet wore this button down over a black skirt to the 32nd Annual AMAs.
Now that's better! Janet dressed up for the 2005 Vanity Fair Oscars party, and we are sure the fashion editors rejoiced that year.
We'll never understand the skirt-over-pants look (or dark-brown-with-black), but Jermaine Dupri didn't look much better than Janet at the ASCAP Pop Music Awards.
Janet Jackson wore a red Bill Blass gown to the 2006 CFDA Awards.
Janet looked lovely in this simple black dress for the Songs of Hope event.
Menswear-inspired for sure, Janet went for a mid-length dress to match her new haircut at the Billboard Music Awards.
Janet attended the "Why Did I Get Married?" screening in all black with white cuffs.
Janet emphasizes her tiny waist at the 39th NAACP Image Awards.
Janet attends the opening of the Los Angeles Alexander McQueen store, wearing a bright dress made by the designer himself.
Janet stands with Prince Azim in London, wearing boyfriend jeans and a white jacket.
Another menswear-inspired outfit, Jackson attended the Giorgio Armani Fashion Show during Milan Fashion Week.
Janet looked stunning in Alexander McQueen during the premiere of "Why Did I Get Married Too?"
Janet attended the premiere screening of "Why Did I Get Married, Too?" in London, wearing a sheer top.
Janet wore head-to-toe Haider Ackerman to the premiere of "For Colored Girls."
Janet looked stunning as she attended amfAR's Cinema Against AIDS Gala during the 64th Annual Cannes Film Festival in 2011.
Janet visits Jay Leno, wearing a lovely LBD and Christian Louboutins.
Jackson wore this Alexander McQueen jacket to the Marco Glaviano "Supermodels" exhibition opening at the Keszler Gallery in New York City.
Janet stands with Wissam al Mana in her go-to menswear inspired look with braids in her hair, attending the Giorgio Armani fashion show during Milan Fashion Week.
Janet is seen in an all-white ensemble with lace up heels.
Up Next

And despite the split between Jackson and Al Mana earlier this year, it seems as if the former couple is keeping things amicable.

"Janet and her husband are separated, but have a mutual love and admiration for each other," a source told ET in May. "There doesn't seem to be a reconciliation in the future, but never say never."

Watch the video below for more on Jackson gearing up to get back on the road after baby.