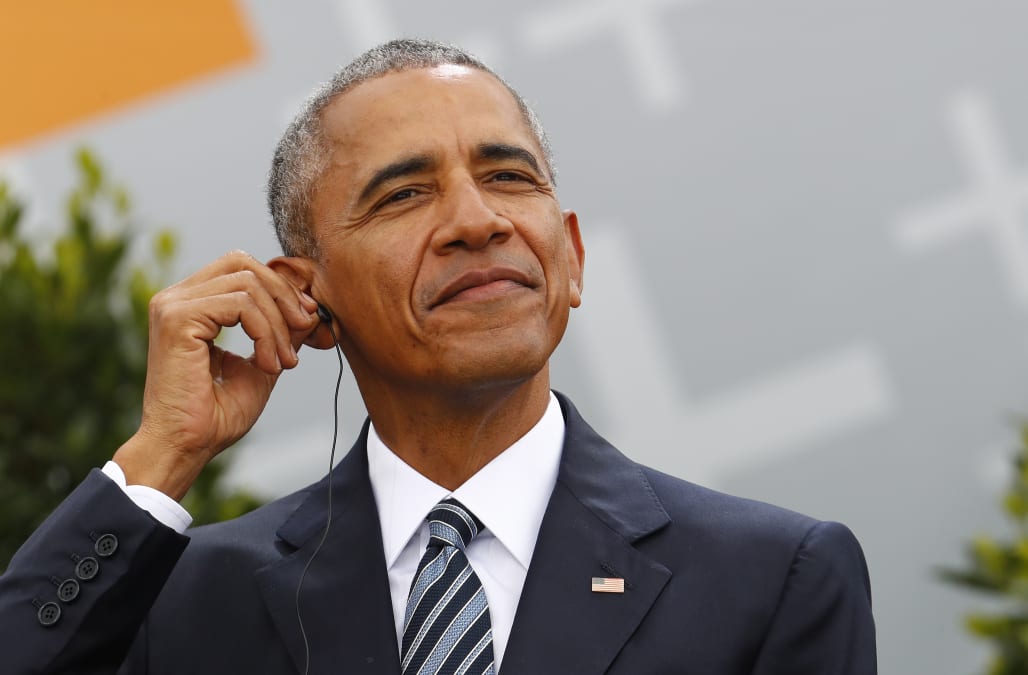 Barack Obama may have accidentally revealed the sex of Beyonce and Jay Z's twins on Thursday night. The former president congratulated Jay Z on his induction into the Songwriter's Hall of Fame through a heartwarming video message.

The father-of-two cracked several jokes, including one in which he points out the similarities between him and Jay Z.

"Jay and I are also fools for our daughters. Although, he's going to have me beat once those twins show up."

The former president has two daughters, Sasha and Malia, and the rapper already has one, Blue Ivy. If our reasoning is correct, the only way that Jay could "beat" the president is if he had twin girls.

WHAT?! Well of course, the gender bombshell sent Twitter into mad hysteria.

#LRT Are we gonna talk about the fact that President Obama just let it slip that Beyonce is having twin girls?

"#LRT Are we gonna talk about the fact that President Obama just let it slip that Beyonce is having twin girls?" said one user.

"He's gonna be in trouble for spilling the beans," said another.

The "99 Problems" rapper was noticeably absent from the New York City gala on Thursday night, amid rumors that his wife is in labor. Jay, 47, is the first-ever rapper to be inducted into the Songwriters Hall of Fame. In his absence, he posted 13 tweets to his fans thanking his mentors.

One of his biggest inspirations? Barack Obama himself.

And the greatest rapper of all time OBAMA . Thank you 44 https://t.co/CueS0BynCj

The musician called the former American leader "the greatest rapper of all time." Check out more on his relationship with Obama in the video above.