Larry King shares a photo of his two sons Chance and Connor -- and they look just like their famous dad! 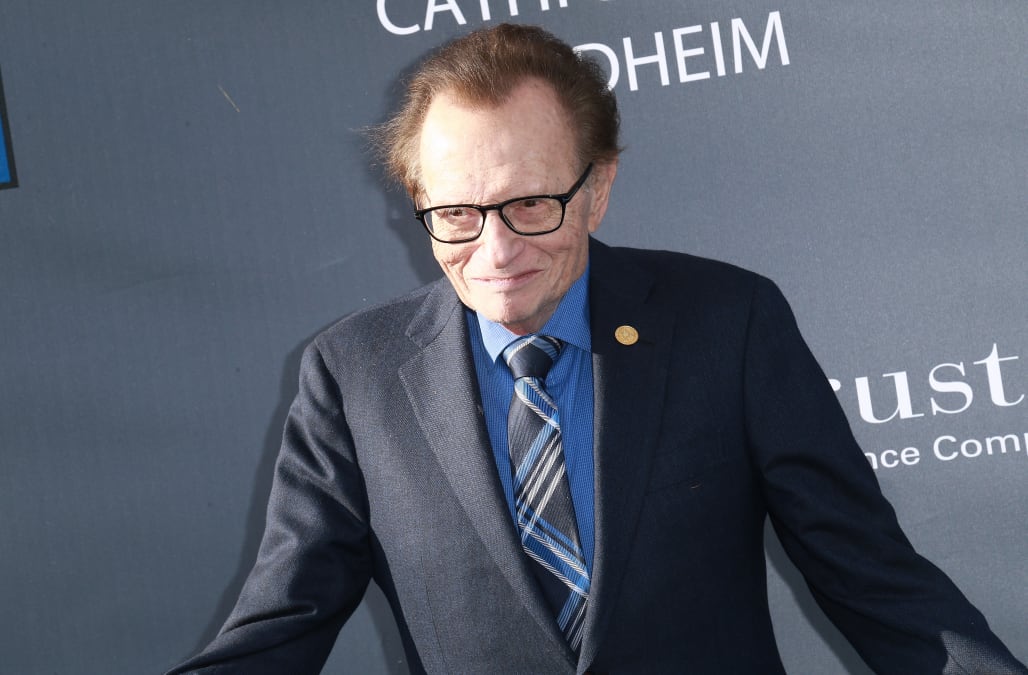 Larry King is a proud dad!

The legendary TV personality took to Twitter on Wednesday to share a sweet snap with his two sons, Cannon, 19, and Chance, 20.

King is seen in the photograph standing in between his two sons, who are both rocking white tank tops. Meanwhile, the father-of-two decided to sport his signature look of a suit and a tie.

Proud of both of my sons Cannon & Chance! pic.twitter.com/l6AZJfvH20

"Proud of both of my sons Cannon & Chance!" he captioned the adorable snapshot.

There's no denying that the two teenagers look just like their father -- from their noses to their smiles, it looks like they inherited a lot of Larry's genes.

Less than an hour after posting the cute snapshot of his sons, King then revealed that Chance was drafted by the Chicago White Sox. He called the momentous occasion, "one of the greatest thrills of my life."

One of the greatest thrills of my life was learning my son Chance has been picked by the @whitesox in the 39th round of the #MLBDraft2017!!

The former "Larry King Live" host shares his two sons with wife Shawn Southwick. King and Southwick, who is his seventh wife, got married in hospital room three days before Larry underwent heart surgery to clear a clogged blood vessel back in 1997.

The icon also has a lot more things to celebrate than just his son's big career move -- Larry's 60-year TV anniversary is also this year! Check out his biggest secret to success in the video above.