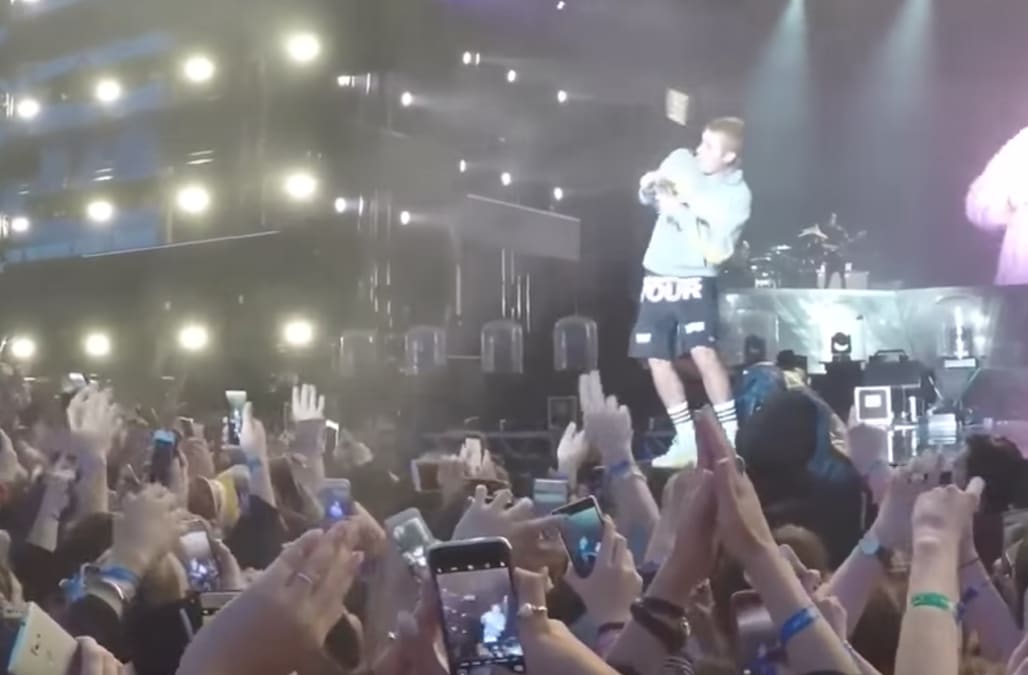 Justin Bieber calmly explained to fans (in English) at last week's Stockholm show that he can't perform "Despacito" no matter how many times they chant for it: "I don't know it," he said repeatedly.

One of the biggest hits of the summer, "Despacito" is currently perched at No. 1 on the Billboard Hot 100 chart. The lyrics are entirely in Spanish. To be fair, it's actually not his own song -- he's featured on the Luis Fonsi & Daddy Yankee track.

The explanation didn't sit well with one fan, who in response chucked a water bottle straight at his head. "Don't throw things at me, please," he replied calmly.

Watch the strange moment in the video below: