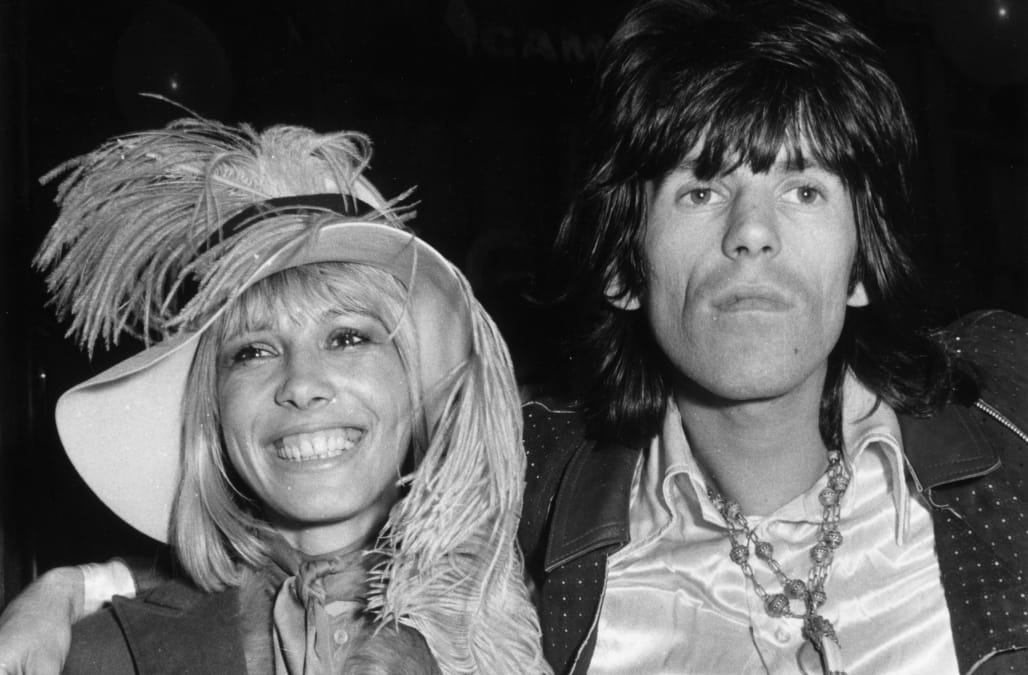 Anita Pallenberg, muse of the Rolling Stones and longtime girlfriend of Keith Richards, who appeared in films including Nicolas Roeg's "Performance," died Tuesday at 73.

Stella Schnabel, daughter of painter Julian Schnabel, reported her death on Instagram. "Thank you for the most important lessons," wrote Schnabel.

An Italian-German actress, model, and fashion designer, Pallenberg was known as an icon of 1960s style. She was said to have an important influence on several Rolling Stones albums, and described herself as "A vagabond. An adventurer. I am not a person with one specific talent. I wish I was."

Her film roles included playing the Great Tyrant in Roger Vadim's "Barbarella," a nurse in cult film "Candy," and in "Performance."

In her later years, she took classes in textiles, designed clothes, gardened, and painted. She also appeared in an episode of "Absolutely Fabulous" with Mick Jagger's one-time girlfriend and fellow fashion inspiration Marianne Faithfull, with whom she remained close.

She met Rolling Stones guitarist Brian Jones while modelling in 1965 and left him in 1967 for Richards after Jones became unstable and violent. Jones died in 1969.

Pallenberg and Richards remained a couple until 1980, and they had three children together: Marlon, Angela, and Tara, who died in infancy. Richards has said that they were both addicted to heroin and Pallenberg was charged in the 1977 Toronto drug arrest; the pair went to rehab rather than prison.

She was also said to have had a sexual relationship with Mick Jagger during the production of "Performance."

Pallenberg is survived by her two children and several grandchildren.

More celebrities that have died in 2017: