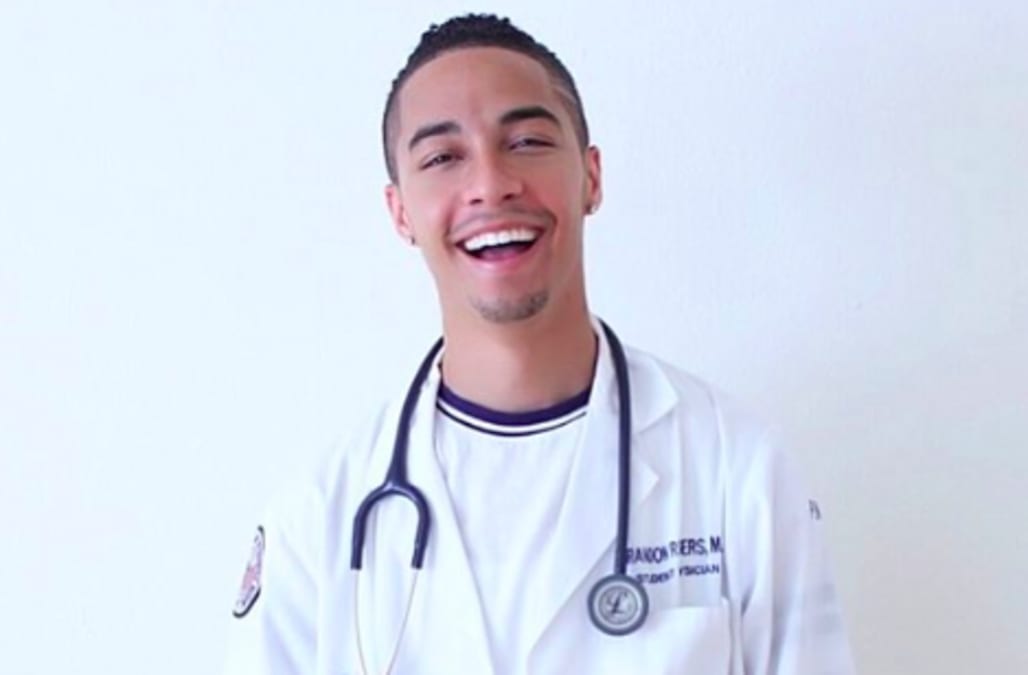 Dr. Brandon Rogers, a young doctor with an incredible singing voice, passed away this weekend following a car accident. The incident occurred in Maryland on Saturday, TMZ reports, and Brandon was taken to a hospital where he died Sunday.

#tbt "I still remember the days I prayed for the things I have now..." #MedSchoolDaze #BlackBoyJoy 😄🙏🏽🙌🏽

The 29-year-old's upcoming episode of "America's Got Talent" is scheduled to air in just a few weeks. He didn't even have to formally audition to get producers' attention: He was discovered through Instagram, where he regularly posted videos of himself singing. Take a listen in the slideshow below -- his voice is gorgeous.

'America's Got Talent' contestant Dr. Brandon Rogers
#MusicMonday 🎵🎵 @indiaarie - "Beautiful Flower" ...reminds me of my lil sis everytime I hear it. light of my life. #BlackGirlMagic #Queen
some @edsheeran realness. #ThinkingOutLoud 🎵💭
🎵🎵 finally off at a decent hour. and voice coming back 🗣🗣 ...some feel good music. @jsullivanmusic "Let It Burn"
#MusicMonday a little more Stevie ... "As"‼️ definitely one of my top three favorite songs of all time 🙌🏽🙌🏽🎵 can't listen to it without smiling :) #StevieWonder
#MusicMonday @alessiasmusic - "Scars To Your Beautiful" ...keep hearing this song on the radio and straight up love it 🙌🏽🙌🏽🎤🎵🎶
#flashbackfriday cuz who doesn't love this song 😍🎵 #AWholeNewWorld #Disney #Aladdin
throwback 🔃 ...know I love me a good 90s R&B classic @BoyzIIMen - #OnBendedKnee 🎤🎵🎶 #DearWanyaITried
#tbt repost. one of my all-time favorites 🙌🏽 🎵🎵 @musiqsoulchild - "Love"
🎵🎵▶️ JT. MIRRORS. @justintimberlake
🎵🎵 "That's What I Like" - @BrunoMars #24KMagic ...🗣
Up Next

One of Dr. Rogers' videos, a cover of a Boys II Men song, was so impressive that the band invited him to join them on stage for a performance.

Producers have reportedly not yet decided whether or not to air his upcoming episode. His family members told TMZ they greatly hope it airs.