Erin Andrews reveals how cervical cancer diagnosis made her and fiance Jarrett Stoll closer, plans to have kids 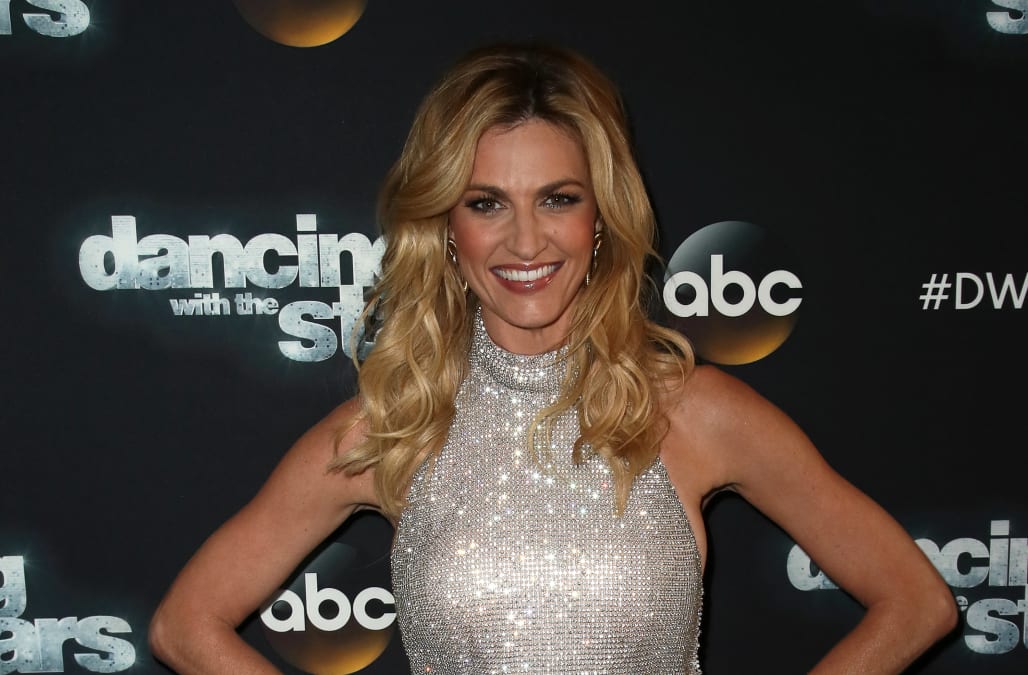 Erin Andrews is a survivor.

The 39-year-old Dancing With the Stars co-host covers Health magazine's July/August cover, stunning in a red bikini. In the candid interview, Andrews opens up about getting diagnosed with cervical cancer last September, and how it turned her relationship with her now fiance, hockey pro Jarrett Stoll, much more serious.

"It was a huge step for my relationship with my boyfriend at the time," Andrews says. "Because you don't know if a guy is going to want to sit in with an oncologist and see, 'OK, so this is your cervix, and this is your uterus, and we are cutting out this part...'"

"We hadn't even been discussing marriage," she continues. "We hadn't discussed babies! It really puts things on the fast track for you -- because you have an oncologist saying to you, 'We highly recommend that you guys do your embryos right now, freeze them.' I'm like, 'Hi, hon. I love you. I hope we're spending our lives together.' And he was amazing."

Oh heeeeey 🙋 Thank you @healthmagazine #Repost @healthmagazine (@get_repost) ・・・ Erin, oh Erin! Say hello to our July and August #HealthCoverStar @erinandrews! Click the link in our bio to see how she's planning for her wedding, her favorite healthy eats, and how she's gotten stronger after a cervical cancer scare! (📷 by @jameswhitefoto)

Andrews and 34-year-old Stoll got engaged in December. Andrews says the two are definitely planning to have kids, and that she had actually already frozen her eggs a couple of years back. She reveals she's also currently undergoing IVF shots.

"One thing I love my future husband for is that our oncologist said the smart thing to do would be to have some insurance waiting -- so we have frozen embryos because we've taken the steps," she says. "We don't know what the future entails. We actually had to push this photo shoot because I was in the middle of [the IVF cycle]. I'm doing all these [IVF] shots and in these bathing suits, and I was like, 'Yay, look at my pin marks!'"

"We went from football to everything that happened to freezing embryos—mixing hormones and wedding planning," she says about her roller coaster year with Stoll.

These days, Andrews is busy planning their big day and also balancing her duties as both a reporter for Fox's NFL coverage and a DWTS co-host.

"I wanna be the female Michael Strahan," Andrews says about her ambitions.

However, starting a family is also now also a priority.

"I grew up in the South. People were getting married at 21; I had my first major job at 21, and I was missing everybody's weddings because I was doing football games and baseball games," Andrews explains. "I had never been to Europe until two years ago -- I've gone to all the sports cities, but I'd never had a life for myself. I want to continue doing more, but it's going to be shaped toward how I want to have this family and how I do want to have kids. I think it's possible that I'll be able to have a kid and be able to do this for a living. We're just gonna have to figure out how."

In a recent emotional interview on Sunday Night With Megyn Kelly, Andrews teared up when she spoke out about finding out that she had been secretly filmed while naked in her hotel room by her stalker, Michael David Barrett, in 2008.

Celeb Summer Beach Bodies 2017
Already so in love with you ♥️
#HappyLabor #TransIsBeautiful #nofilter #nophotoshop
It's really hot today
float photos are so overrated
It was time. 😜
Hi. We live here now.
The grass is always greener... 👙@stellamccartney
My morning view.. #ofmark #underhiseye
🍌🍯🥐🥞🍟🧀🍋(obviously foods)
Kris Jenner looking like a snack! 👀 I see you mommy! #6KidsAndBad!
❤️It's a beautiful, magical sunrise at the lake this morning, the water is quite cold but its such a great way to combat inflammation and feel the connection to Mother Earth...... #LakeConstance #MorningSwim #HealingPower #BodyMindAndSoul
Sunshine = ✔️ Lake = ✔️ @caliabycarrie swimsuit = ✔️ Happiness and love for time with family and friends = ✔️✔️✔️✔️✔️ Summertime is all about love...love for people, love for the outdoors and love for living in the moment! Get out there and relax! ❤️❤️❤️❤️❤️ PS: #NoFilter
Jump up in this beach like...
🏝
"I thought about this shoot afterwards. I was like, what was I doing? I lost my mind! How are the shots? Do they look crazy?" THE Nicole Kidman for Love 18 #lovedup ❤️❤️❤️❤️
Missing Miami...⛱🏝☀️👄
Kiss My Butt 36
Summer attitude. (📷: @pricearana)
National bikini day! #wherewasmyparisfashionweekinvite
live your best life
🌞🌊✌🏾#WadeWorldTour #Summer2017 Last Day Antics 😎🍷
👅
🇹🇷🍾
🎂 Birthday Weekend begins now!😎🎊🎁🍾🎉Thank you @bookingcom for the amazing villa!! ☀️👙🌊⛱ #bookingyeah #birthdaygirl
#deadsea #israel
🍑
It really doesn't get any better than this... 🙌🏻🌊💓
GIRLS 🌊
Well, vacation is over but damn.. that was fun. @themarissacallahan I miss you already 😩😫😭
🎣
Happy Monday! Here's to a great week y'all! 👙 #Summer
Feeling like a new woman #ISurvivedTheDetox
❤️this beach
Summmmmer is heeeeerrrre! Bring on Z fruit , sunshine (always spf) , & goooood times!
🐚
Nothing like trying to look cute next to this super model 😜 ❤️ u @bellahadid
Week 5 of filming and hips getting rounder, thighs getting thicker...#topchefmemories #eatingmywaythroughcolorado
Thankful for great friends and fun adventures but keeping my eyes on the horizon. The future is bright. 🙏🏻
Happy Birthday to me 🎂🍷#roseallday #nationalwineday
How I plan on surviving summer days: big hat 👒, bikini 👙, and ice cold Corona Light 🍻. Ready for the official start of summer and The Lightest Day + most hours of sunlight tomorrow!!! 😏😏@coronalightusa #thelightestday #summersolstice #ad #for21+
Rooftop season ready 👙🍹😋
😁🇺🇸
I made @_sarahlink take this pic #ibiza🌴 #calasalada🇪🇸🌊☀️🏝
🇫🇷
Aloha Ke Akua, God is Love in Hawaiian 🌺🙏🏽❤️
@CNN don't judge a book by it's cover ♏️
Some place better is anywhere with you 💕
Just a little sun kissed
🌴🌿 I see you 🌿🌴
you won't find me
Miami ✈️
Ahhh man... 🦋
My happy place. Excited for everyone to see the video! #smalltownboy @dustinlynchmusic
I'm well red @sodemelswim
Back to Life 🌺🦋❤️
You used to call me on my cell phone.
Vibes
Baby wanted some vitamin D☀️
Good morning 🌴☀️ #fbf
A quick yoga session to connect to myself and this beautiful place (yoga is my ultimate travel trick to stay in shape, it requires no equipment or extra clothing and if you are really missing your yoga mat, you can always grab a towel and wet it in the place where your hands and feet would go 👌🏻)
🇫🇷
my question is... how do I live here forever?
It's time ladies #girlgang #calzedonia 🍉🍑👙 @calzedonia #spon
Hello up there 👋🏼👋🏼👋🏼
Until next time Maldives 🇲🇻✌🏽👪
Vacation x2 and a @luv_martha suit
Styling!!
#bvi 📷 cred: @mattyice432 👙@bytheseaswimwear
Don't know if it's physically possible for me to get any more tan....
Girls trip! 🌺
In love with this man. 💟 #CARL 🍍🌴
Hola from #Bali, #Indonesia.. it's a spiritual adventure... just so special.
ME
Good Morning ✨#StTropez ✨ I Miss you! #backtorealife
Weekend attire 💎💎🌸🌴☀️🍹
#mood 👙👙👙
Up Next