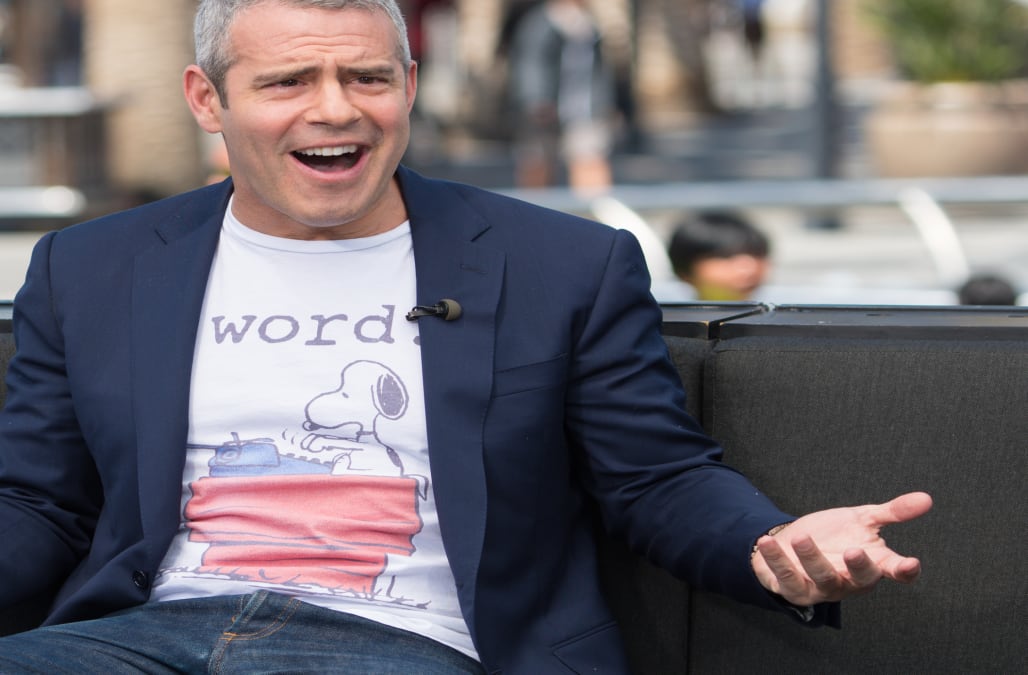 Colton Haynes lost his virginity at a very young age to both a guy and a girl -- but it's not exactly what you think.

The revelation startled Andy Cohen on his SiriusXM radio show, where the host was clearly surprised by the admission: "What?!" he replied, as Haynes explained:

Later on, a confused Cohen urged him to clarify, asking if all of the teenage participants were, you know, participating.

The revelation surprised Cohen in part because he thought Haynes was, in Cohen's words, a "gold-star gay" -- a man who has only ever had sex with men. But nope! "I've had sex with four girls," Haynes said, adding that he re-entered the closet as a teen when he switched high schools.

In another segment, Haynes opened up about why it took him so long to officially publicly come out.

"Was there a part of you that didn't come out because you are a heartthrob, and you thought, 'Maybe this isn't a good moment in my career [to come out]?'" Cohen asked.

"I mean, I was literally told from the day that I moved to Los Angeles that I could not be gay because I wouldn't work," Haynes said. He finally did so in May 2016 in a moving interview with Entertainment Weekly. He is currently engaged to Jeff Leatham.

Colton Haynes and Jeff Leatham
So lucky to have my fiancé @jeffleatham & my sis @willowdm14 support me at the Rough Night Premiere in NYC! & the stunning @jillianbell is an icon in Marchesa! ❤❤❤
DRIVING fast ON empty STREETS with NOTHING in MIND except FALLING in LOVE and NOT getting ARRESTED ;) @jeffleatham
Can't even put in to words how caring/down to earth/beautiful/talented @cher is & @jeffleatham @pauletteakapauly & I had the pleasure of hangin out together last night. #igotyoubabe #Vegasbaby #Happy 😍😘😍 Thank you for everything Cher & Paulette!!!
Happy Star Wars Day! #maythe4thbewithyou ! @jeffleatham & I prepping for our movie night ❤❤❤
Sangin to @marenmorris at #stagecoach2017 :)
You know it's meant to be when you can be 100% yourself around the one you love ❤😍❤ @jeffleatham #LoveWins #WhatMoviesAreMadeOf #RomanceIsNotDead
Happy #nationalpuppyday @jeffleatham !!! 🐶🐶🐶
Overwhelmed by all of the love & support y'all have been sending @jeffleatham & I on our engagement. The fact that so many people love love as much as we do is truly inspiring and I feel so humbled. Who woulda thought that a lil ole kansas boy would meet a country boy from Utah & embark on journey that truly feels like one in the movies? I wish the same for everyone out there. No matter who you love...don't be afraid to love hard :) #whatmoviesaremadeof #LoveWins ❤️🌹❤️💫💫💫
So happy you're finally home my love 😘❤️🌹🌹🌹❤️. Why you so beautiful @jeffleatham ? Floatin in the clouds :)
So incredibly proud of my man @jeffleatham . His art never ceases to amaze me. It's so fun to see how many people freak out & take pics in front of his flowers 🌺❤️😘❤️🌺 I'm such a lucky guy :) #OscarWeekend #ProudBoyfriend
It's not every day that someone comes into your life & makes you want to be a better man. I feel so blessed to be by your side @jeffleatham ❤️❤️❤️#WhatMoviesAreMadeOf
Up Next