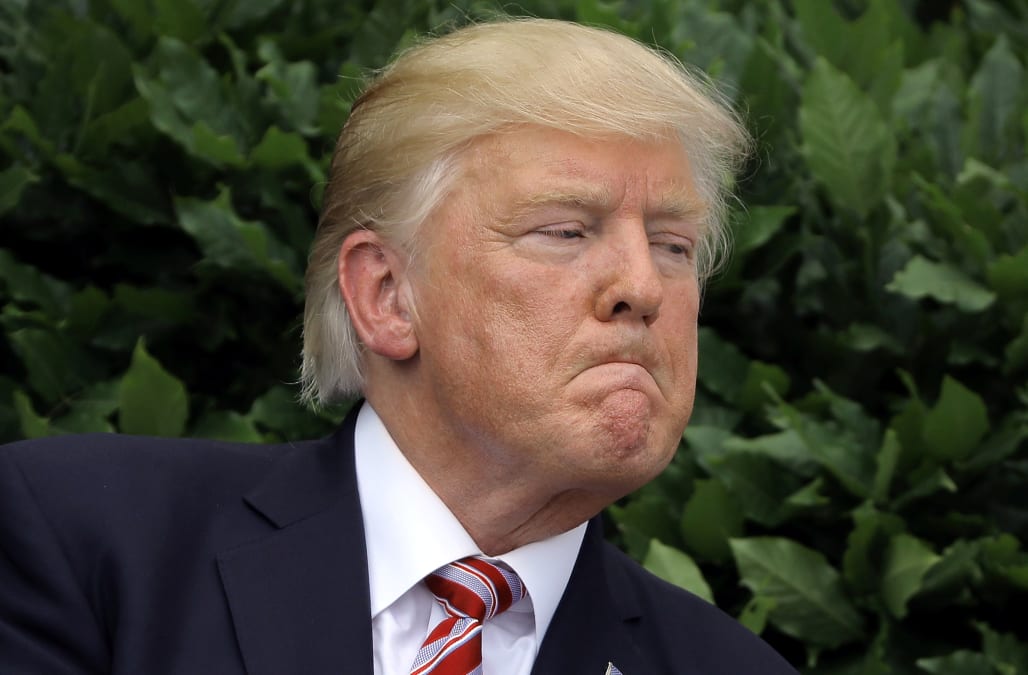 In the upcoming fourth season of the Comedy Central comedy, the name of the former Celebrity Apprentice host will be bleeped out.

"There's no airtime for this orange [person]," co-creator and star Ilana Glazer told USA Today. "We bleep his name the whole season."

Glazer said season four, which launches in August, is "deeply rooted in this time" and was heavily influenced by the Nov. 8 election.

"We wrote being like, 'Here we go! Hillary for president!' " Glazer said, but noted that after "this game-show host became president of our country, we rewrote a lot."

Broad City is just the latest TV series to have to shift gears in the wake of the presidential election. The Good Fight creators famously rewrote the opening of the pilot episode to include Trump being sworn in as president and Quantico has tackled multiple issues stemming from the current administration, including the rise of "fake news" and Trump's short-lived Muslim ban.

Former House of Cards showrunner Beau Wilimon was one of several TV writers and producers who discussed TV in the Trump age at an ATX Television Festival panel last week.

"Whether you support Trump or not ...; it's still a traumatic event for the country, one way or another, in terms of the schism and the divisiveness and the polarization, and we will be contending with those consequences and ripple effects for decades to come," he said.

Trump's former opponent Hillary Clinton famously made a cameo appearance in the third season of Broad City -- a rare appearance for the former presidential candidate and Secretary of State.

Watch the clip below:

More from The Hollywood Reporter:
ABC's 'Roseanne' to Tackle Trump Era in Sitcom Revival
Emmys: Late Night Shows' New Issue Is "Trump Fatigue"
Why Donald Trump May Have a Big Impact on the Emmys