What happened to Bridget Marquardt from 'The Girls Next Door'? 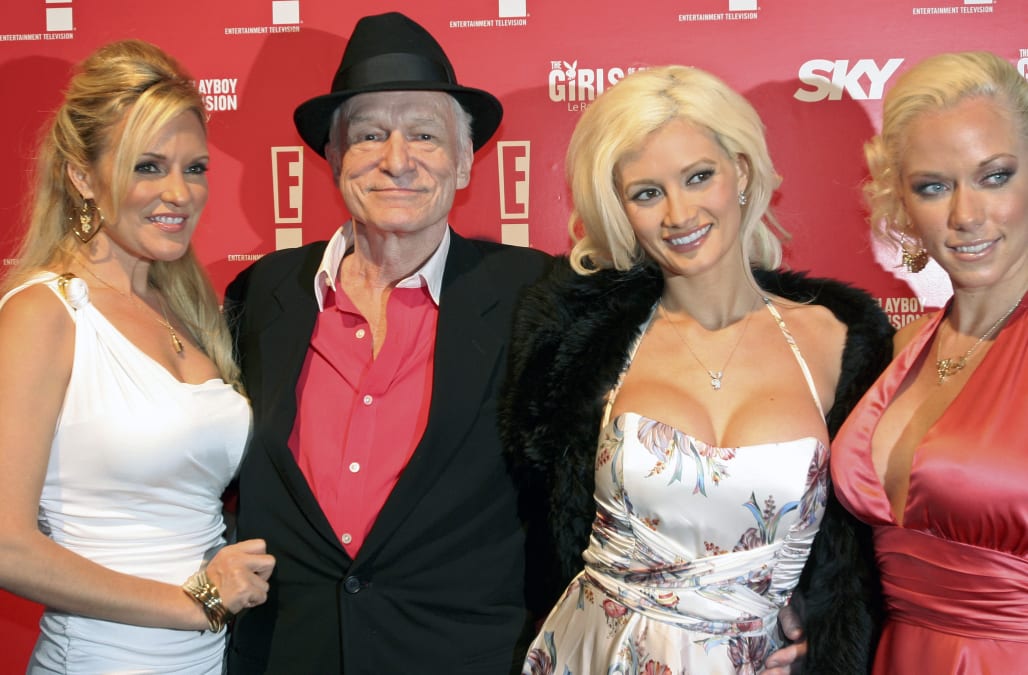 The E! reality show "The Girls Next Door" gave viewers an inside look of what really goes on inside the iconic Playboy Mansion through the eyes of Hugh Hefner's girlfriends -- Holly Madison, Kendra Wilkinson and Bridget Marquardt -- back in 2005.

While it didn't take long for America to fall in love with Holly, Kendra and Bridget during the show's four-season run, all good things must come to an end! The three women eventually parted ways with Mr. Hefner (and he's gotten married since then), but not all of them left the Hollywood life behind.

While Holly and Kendra have remained in the spotlight since leaving the mansion, Bridget has opted for a more low-key life. So ... what happened to Bridget?!

16 PHOTOS
Bridget Marquardt from 'The Girls Next Door'
See Gallery

Bridget Marquardt from 'The Girls Next Door'
Sitting by the pool in the pouring rain! #kauai 🌈🌺🏝🍍👙🍹
🌈🌺🏝Hula lessons with Miss Hawaii in Oahu! #FlashbackFriday filming #bridgetssexiestbeaches for @travelchannel 🏝🌸🌈
💕💐🥚Blowing out and decorating Easter eggs! Check out my channel! Www.YouTube.com/TheRealBridget 🐣🐰💕
🏁🏎Long Beach Grand Prix with @marcoandretti! See the video! Www.youtube.com/TheRealBridget 🏎🏁@andrettiautosport #longbeachgrandprix
💕Surprising my sister, Anastasia in Boston! See the video www.YouTube.com/TheRealBridget 💕
What's in my suitcase? Pack with me for my trip to Boston to visit my sister, Anastasia! Www.YouTube.com/TheRealBridget ‬
☘️💚Happy St. Patrick's Day!💚☘️
Check out my video! Trying out the new #NakedChickenChalupa @tacobell #tacobell Not an ad! Www.youtube.com/TheRealBridget
A fitting #tbt! Had dinner with the one and only @cristalcamden last night! #girltalk One of my #PlayboyMansion bff's! 💕
Road trip to Vegas with @stacyburke_com! Heading to @hollymadison house for a slumber party! 🎉🎉🎉
Celebrating the New Year with my ❤ @nicholascarpenter
Having lunch! #rubysburgerday stop by any #rubysdiner TODAY and enjoy a classic RubyBurger & fries for just $2.99! $1 of each purchase will benefit the Ruby Dooby Foundation, dedicated to the health and well-being of children. #greatburgergreatcause
Walking the blue carpet at Chill Queen Mary ❄️❄️❄️❄️❄️❄️❄️❄️❄️❄️❄️❄️❄️❄️
Happy Birthday @loreen !! 🎉💖🎉💖The celebration has already started!! Cake for breakfast! 🎂🎂🎂
Why are you looking at me like that? Is there something behind me?? 🐻Buffalo, Wy Occidental Hotel
Just hangin' backstage with @elvira.mistressofthedark!! The show was so much fun!!! #elviramistressofthedark #scaryfarm #dansemacabre
Up Next

Shortly after leaving the mansion to "become her own person," Marquardt, now 43, settled not too far from old digs, moving a couple of miles north to Sherman Oaks. The former Playboy model bought a $1.75 million mansion of her own in the quiet neighborhood just 45 minutes from Los Angeles.

Though Bridget isn't hitting red carpets like her former housemates, she has turned into a quite lifestyle guru on YouTube! Her page, which is described as a "lifestyle channel for fun people," features recipes, makeup tutorials and even fitness tips. Her Instagram also boasts more than 300,000 followers, so it seems like America is still lovin' themselves some Bridget.

From the looks of her videos and photos, Bridget hasn't aged a day! The blonde bombshell, known for her curvaceous figure, continues to sport her signature skin-tight outfits. Most recently, she vacationed in Hawaii, where she sported some seriously skimpy swimsuits.

As far as her personal life, the blonde beauty is happily engaged to longtime director boyfriend, Nick Carpenter. We're sure Bridget will look absolutely stunning on her wedding day! The big question is -- will Hugh get an invite?

And how could we forget? What happened to Bridget's two adorable pets -- Winnie and Gizmo?! Winnie, Bridget's adorable Pekingese dog, is arguably the star of her Instagram! The cute pup is still up to her old shenanigans years later. Sadly, her black Persian cat named Gizmo died in June 2015.

25 PHOTOS
'The Girls Next Door' through the years
See Gallery