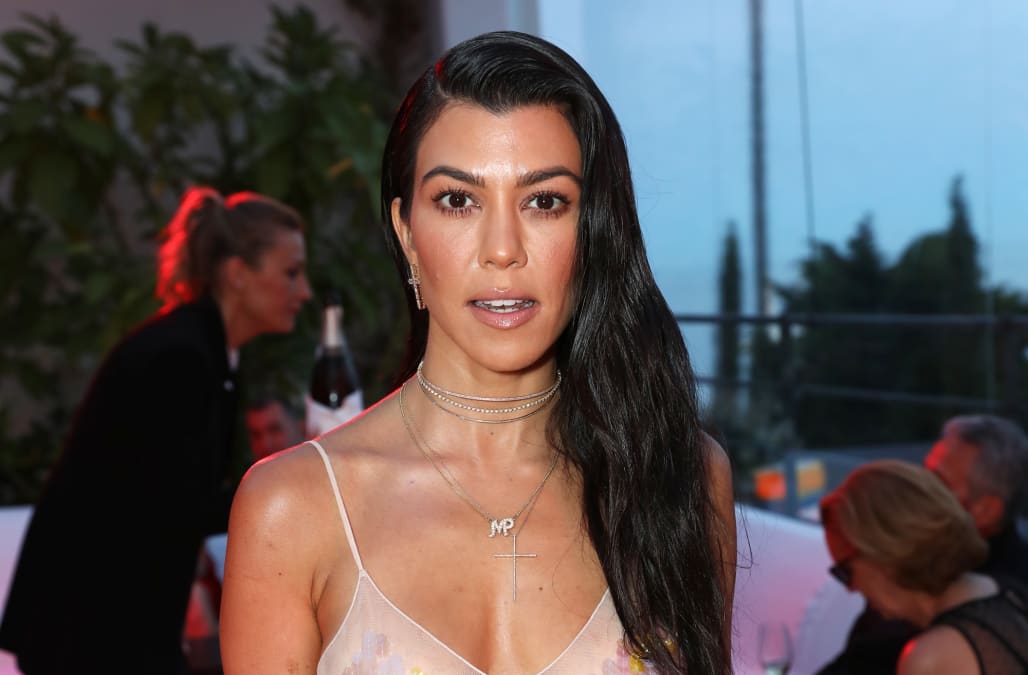 After sporting a series of sexy outfits in Cannes, France, last month, the mother of three jetted off to Miami, Florida, where she was spotted rocking a skimpy, high-waisted white swimsuit while on the beach with family and friends.

Kardashian's pal Larsa Pippen joined her in the Sunshine State, as well as her children, 7-year-old Mason, 4-year-old Penelope and 2-year-old Reign. One person noticeably absent from the beach vacation was Kardashian's rumored boyfriend, Younes Bendjima. 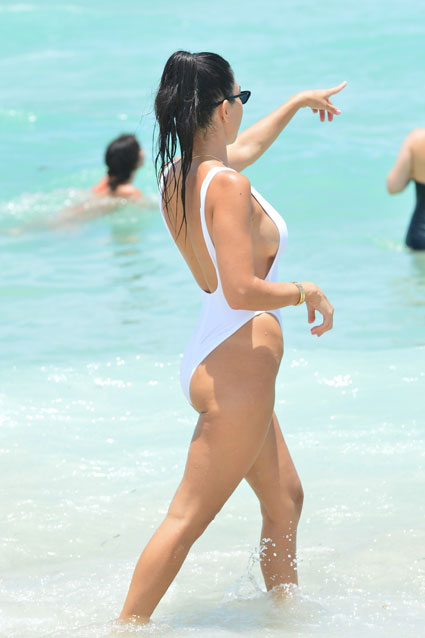 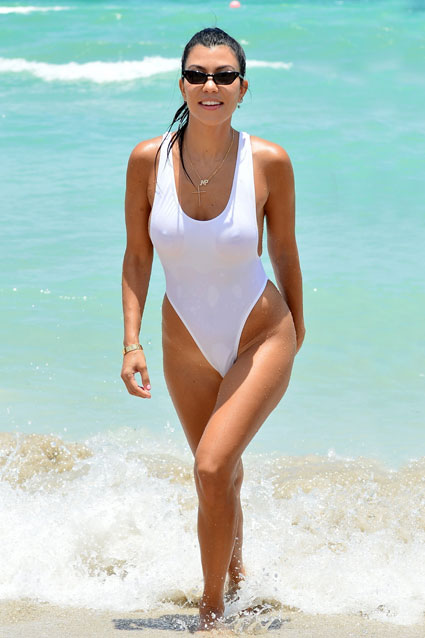 Meanwhile, the 38-year-old reality star's ex, Scott Disick, was partying in Las Vegas, Nevada. Over the weekend, he posted a photo of himself on the wing of a jet, writing: "Looks like the lord is back."

Disick later made an appearance at Vegas' 1 OAK nightclub.

As for Kardashian's relationship with the father of her children, a source close to Disick, 34, told ET that there is "no malice" between the exes. "They're not together. Kourtney is not losing any sleep over Scott's behavior," the source said. "The endless amount of blonde women coming through the door isn't anything new. None of it is Kourtney's business."

Kourtney Kardashian's birthday trip to Mexico
This is how we do it down in Puerto Rico
Girls Trip
con mi esposa 🌴
So I did a drunk braid on @kourtneykardash today (It was me drinking). There's no how-to either...it's a long story. 🤤🍹🌴 #ShesSoFuego #FriendsletFriendsDrunkBraid #spf1942
here's me acting super natural on a boat
brb. 🌴🍹👋🏼 #spf1942
S W A N G I N
It was written in the sky
Viva 🇲🇽
you try sucking it in after you ate your weight in chips and guac 🤷🏻‍♀️
CAVE
Rough night! I'll post chronicles on my snap
I know where I'm going.
like the ocean
NoChella @kourtneykardash
now playing "despacito" 🔂
Calabasas Mom Crew
VIVA 🇲🇽 !!
breakfast of champions 🍻
uno
dos
tres
Up Next