Jessica Chastain is a blushing bride in custom-made wedding dress -- see the style! 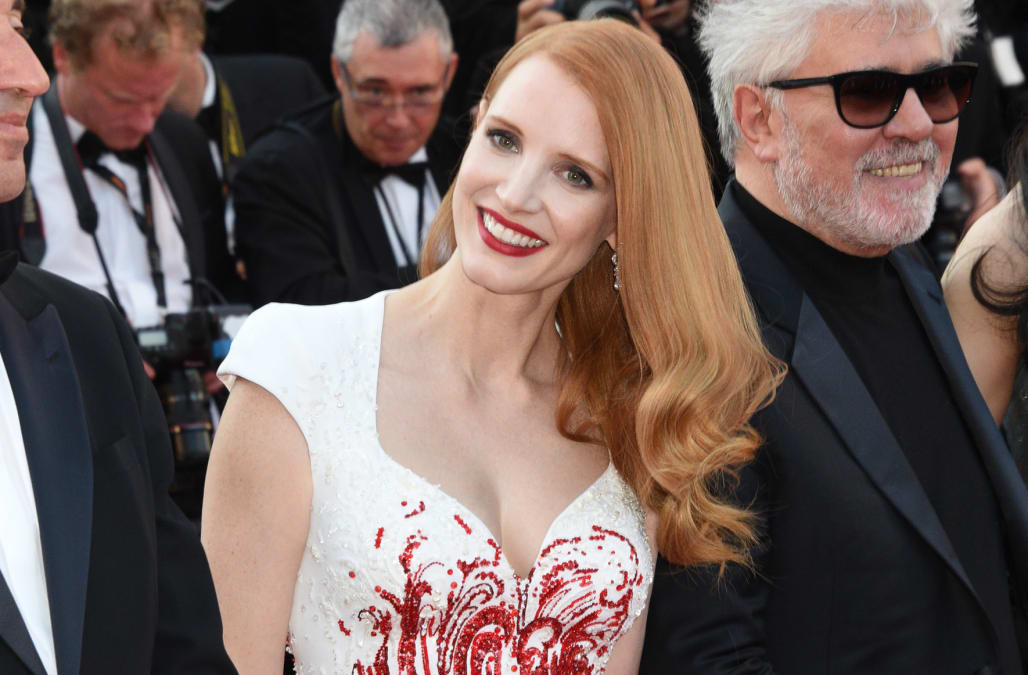 On Saturday, the 40-year-old actress said "I do" to longtime boyfriend Gian Luca Passi de Preposulo in a ceremony held in Treviso, Italy. Chastain looked absolutely gorgeous in a custom-made strapless gown that she paired with a simple updo and a long white veil. As for the 34-year-old groom, he wore a dapper blue suit. A few of Chastain's famous friends attended the ceremony, including Emily Blunt, Anne Hathaway and Chastain's Zero Dark Thirty co-star, Edgar Ramirez.

MORE: Jessica Chastain Says Feud With Jennifer Lawrence Is a 'Media Myth That Has to Stop'

A day prior to the wedding, the couple held a reception in Venice, Italy, and Chastain wore a show-stopping embroidered red dress and Christian Louboutin booties. 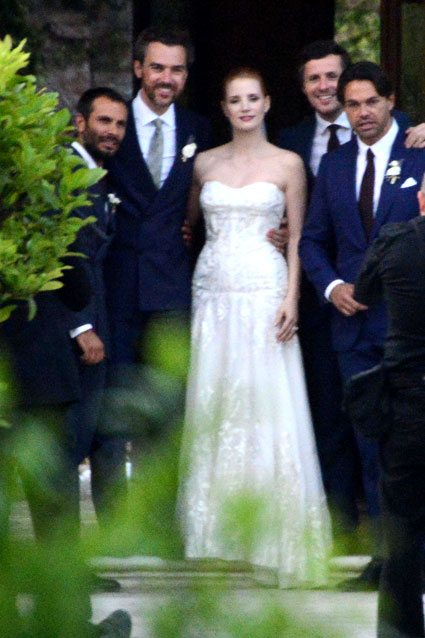 MORE: Miranda Kerr Dishes on 'Magical' Wedding to Evan Spiegel -- 'It Was 'So Joyful'