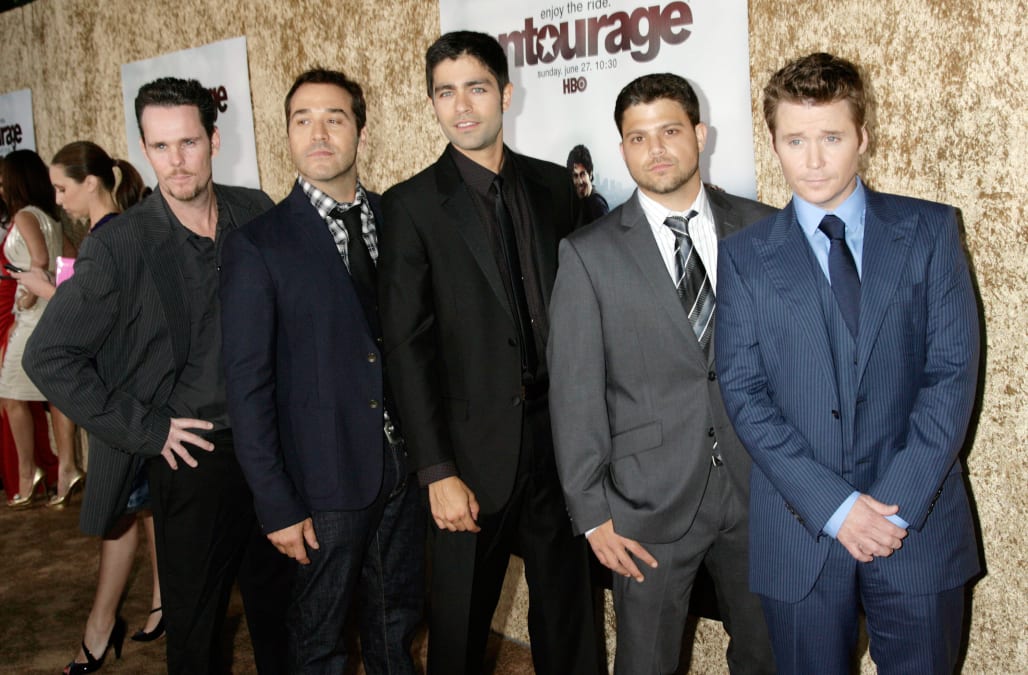 "Entourage" was known for being raunchy -- but according to Alison Brie, the audition process was just as sexually-charged.

"Early in my career, I auditioned for three lines on an episode of 'Entourage' that I had to go on in a bikini," Brie said at the ATX Television Festival, as reported by Entertainment Weekly. "Or like ... the tiniest shorts. And they were like, 'Okay, can you take your top off now?'"

Brie, who married actor Dave Franco in early 2017, never ended up appearing on the show. She didn't clarify if she declined or was never offered the role.

The show, centered on five guys in Hollywood, regularly featured topless women during sex and party scenes. However, one of its only consistently-recurring female characters, Sloan, played by Emmanuelle Chriqui, was never shown nude.

The disturbing admission came during a cast discussion after Brie's new series "Glow," which starts streaming June 23 on Netflix. Her co-star, Betty Gilpin, also described an uncomfortable experiencing auditioning in front of men: After completing a scene, one of the men asked her to take her hair down from its ponytail.