Spencer Sutherland is breaking into the world of music in a big way.

This 24-year-old Ohio native began his journey with music at a young age and decided to go full-force into the industry right after high school. Now, Sutherland has released multiple singles and performed with singers like Ariana Grande, Zendaya, Austin Mahone and more.

If that wasn't enough, Sutherland is also working on a budding modeling career and makes time for his fans.

We had the chance to chat with Sutherland about his modeling career, his future, and more. Check out part two of the interview below, and part one here for more.

#YouShouldKnow is a feature that showcases rising talents. To see more past interviews, including more features on Spencer Sutherland, click here.

You've been working with Ford models now for a while -- what was that process like? How has the modeling career been for you?

The modeling career has been really awesome. Especially, being with Ford. I signed with them but making sure everyone understood that music was first and modeling was second. They were totally cool and excited about that because they don't have a lot of musicians on their roster. But to get signed with them, my manager was introduced to an agent so we set up a meeting. My manager couldn't make it because she got stuck in traffic, but I was already there and it was crazy. We went out on the balcony and just had a 30-minute conversation and it was so casual, it just worked out.

What's been your favorite project you've done since you started modeling?

I did a shoot for Nordstrom Rack. The person I was working with -- the stylist -- was just my favorite person ever. He was super funny. It was really fun because I got to do twelve different outfits. I also had to change my socks 12 different times. It was my favorite probably because it was a really relaxed environment. I'm definitely a good vibes person If someone has a good aura about them, then I just get along with them really well, and those people were some of the coolest I've met. It was a great time.

How do you use social media on a daily basis to connect with your fans? Do you have a favorite platform?

Social media is absolutely amazing for lots of reasons. What I like it for most is being able to talk directly, person-to-person with fans. It's so cool. As I mentioned, I have a lot of respect for my fans, so it's equally as cool that I get to tweet to them and talk to them and DM them. That's my favorite thing about it, but I would say my favorite platform is Instagram. I like Instagram stories, and Instagram live is so cool. If you have a good looking feed on your Instagram, it's cool to look at.

How would you describe your relationship with your fans?

It's a love fest -- we're always saying how much we love each other. They know how much love I have for them because I'm always talking with them. I tweet a reminder that I love my fans all the time. I know they won't forget, but I like to say it.

Do you have a most memorable fan moment, whether it be in person or via the internet?

I've had a couple of moments with fans that are memorable. There are some girls out there who have struggled with depression and they'll tell me how my songs will give them hope. It's actually an unreal feeling to me. I'll never forget those interactions. I try to respond to as many as possible.

What advice would you give to people who are up and coming in the music scene or who are upcoming for live tours?

I would say, number one, be real to yourself, don't try to be someone else. There's already a Justin Timberlake and a Justin Bieber, don't try to be them. Be yourself and it will bring you a lot of success. I've seen a lot of artists go out there and try to be other artists. I think it's a common mistake to make, but the differentiating factors that you have yourself are what people will love. Also, 99% of the people who don't make it, don't make it because they gave up. Things will get hard, and it'll be frustrating and you'll feel like you want to quit. But if you keep trying, it has to happen. I would say to stick with it. It'll be the worst sometimes, but it will also eventually pay off.

What are you hoping to do in the future? Where do you see your career going in the next two, three, four years?

In the next two years, I definitely want to go on a lot of tours. I want to perform live -- it's my favorite thing to do. In a perfect world, I would be touring 9 months out of the year. I know it's a lot but I love it. I would really like to go overseas to Europe and Asia and Brazil. It would also be great to put out a lot more music, including albums. I also would love to work with a few different charities. I recently volunteered at a children's hospital in Atlanta. It was the worst thing I did because it made me cry my eyes out, but it was the best thing I ever did because it gave me a feeling I've never had before. Their situations are just so unfair, and I didn't really see how I could make it any better, but when I sang to them and they started smiling. It was just amazing -- it put everything in perspective for me. So, being involved with that is going to be super important for me moving forward. Modeling is also important to me and I look to do a lot more in the future. 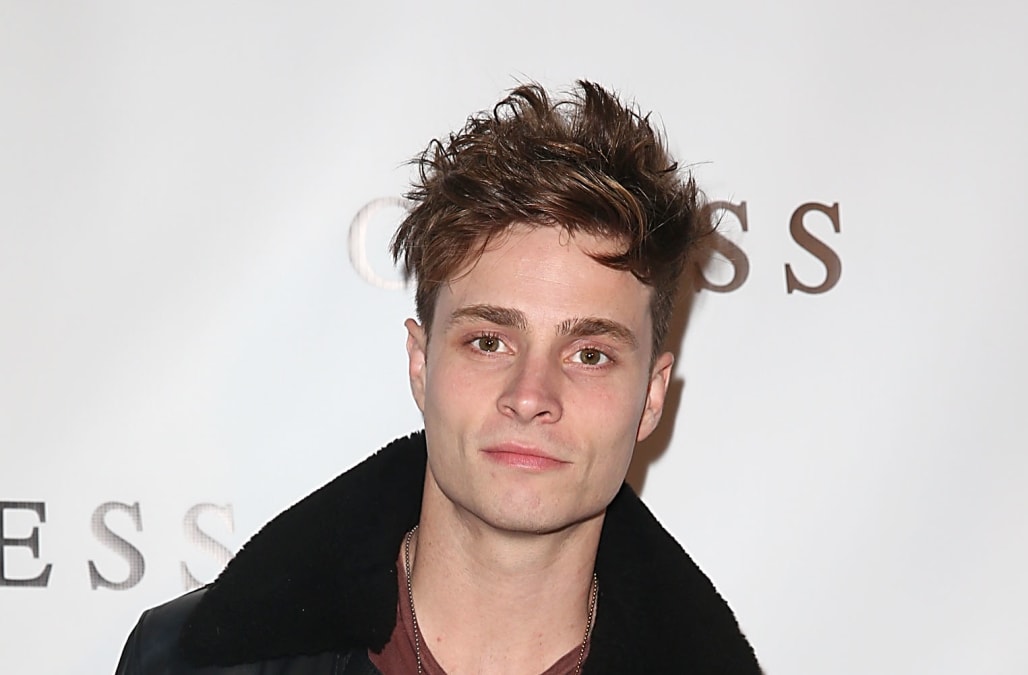 More from AOL.com:
Pippa Middleton's honeymoon style consists of a lot of Kate Spade favorites -- and we're loving it
10 lessons we learned from the ‘Property Brothers’ about buying, renovating & decorating our dream home
Street style tip of the day: Summer wrap skirt