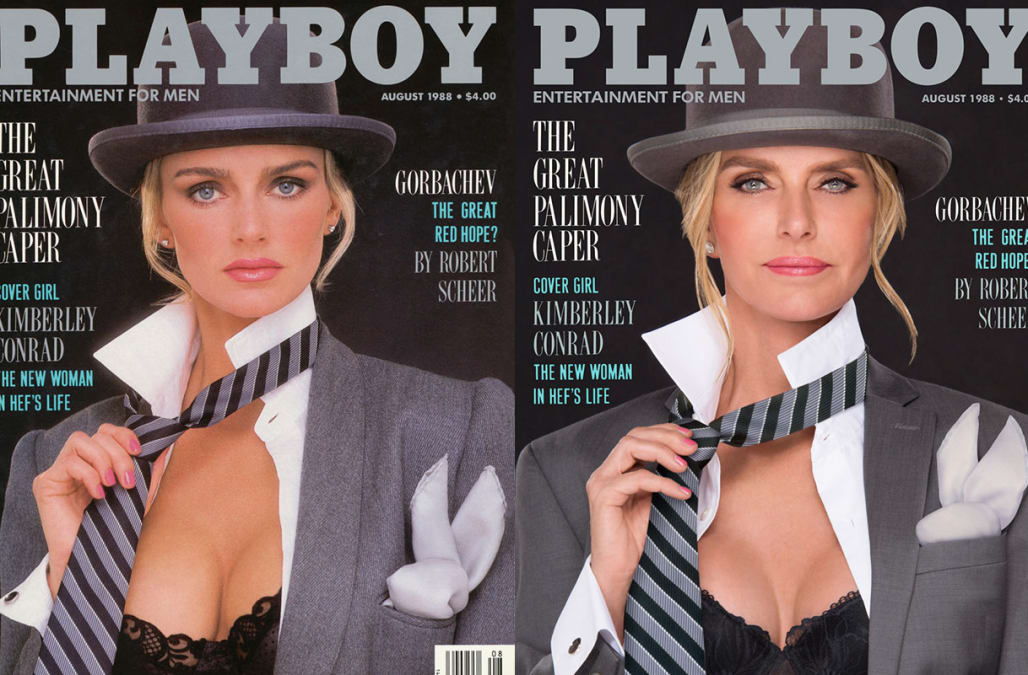 Clearly, these Playboy Playmates have still got it!

Playboy recently asked seven famous Playmates to recreate their iconic covers from years ago -- in honor of their motto, "Once a Playmate always a Playmate" -- and the results are pretty spectacular. The ladies featured include Charlotte Kemp, Cathy St. George, Monique St. Pierre, Renee Tenison, Candace Collins, Lisa Matthews and Kimberly Conrad.

Conrad is Hugh Hefner's ex-wife and the mother of 25-year-old Cooper Hefner, who's now the magazine's chief creative officer.

See some of the recreations in the gallery below:

"I'm from Alabama originally, but I grew up in West Vancouver," Conrad, 54, says about how she got her modeling start. "The sweetness comes from the South! Money doesn't buy manners. I moved to Los Angeles and -- boom -- there it was. Hef and I started dating, got married, had kids, and the rest is history."

Conrad recalls her time at the infamous Playboy Mansion.

"There was a common misconception that I put the kibosh on the partying at the Mansion," she says. "It had nothing to do with me. The Playmates still came over, but it was nice to have them call and say, 'Hi! I'm coming up!' Let the office know. It was still wide open. It was still the ultimate restaurant and health club with a 24-hour membership. We never refused anyone, ever."

Meanwhile, 48-year-old Tenison recalls the drama over her 1990 cover.

"When I did Playboy, there was a little bit of controversy because I was the first African-American Playmate of the Year and some women were saying I was being objectified," Tenison recalls. "But I said, 'Well, if you're pro-choice, shouldn't I have the right to choose what I want to do?' If I want to pose nude, I should be able to pose nude!"

"When the issue came out, the response was 90 percent positive and maybe 10 percent didn't like it," she adds. "If you look back, all the big models from Christy Turlington to Naomi Campbell posed nude. I see it as art. Not everybody sees it that way, but that's how I see it."

As for Collins, 60, she says she feels "lucky" to be part of the Playboy family.

"[Photographers] were always professional and no sooner would they pay any special attention to a nude or semi-clad model than a milkman pays to his bottles," she says of the sexy photo shoots. "It was a job, granted a job they wanted done perfectly, but still a job. I now know just how special those shoots were and feel very, very lucky to be in such a unique sorority."