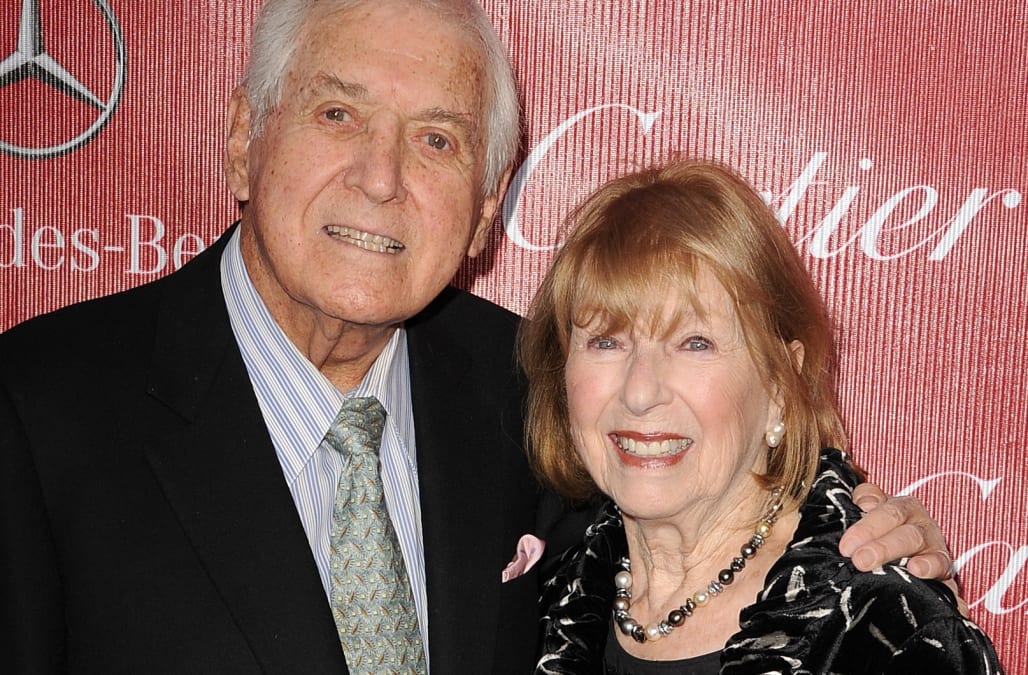 Marilyn Hall, the Emmy Award-winning producer and wife of Monty Hall, has died at the age of 90.

Hall won an Emmy for producing the 1985 TV movie "Do You Remember Love," starring Joanne Woodward and Richard Kiley.

Her other credits include 1982's "A Woman Called Golda," starring Ingrid Bergman; "Nadia," the 1984 biopic about Olympic gymnast Nadia Comăneci; the 1989 PBS miniseries "The Ginger Tree"; and the 2007 feature film "The Little Traitor." In the theater, she's credited as an associate producer on the musical "Jelly's Last Jam" and "Angels in America."

See photos of Marilyn and Monty Hall together:

Hall married her husband, the legendary host of "Let's Make a Deal," in 1947 before moving to the U.S. from Canada and becoming citizens in 1949.

She is survived by her husband and their three children, Tony-winning actress Joanna Gleason, Endemol Shine Studios President Sharon Hall, and producer Richard Hall, as well as her five grandchildren and sister Peggy.