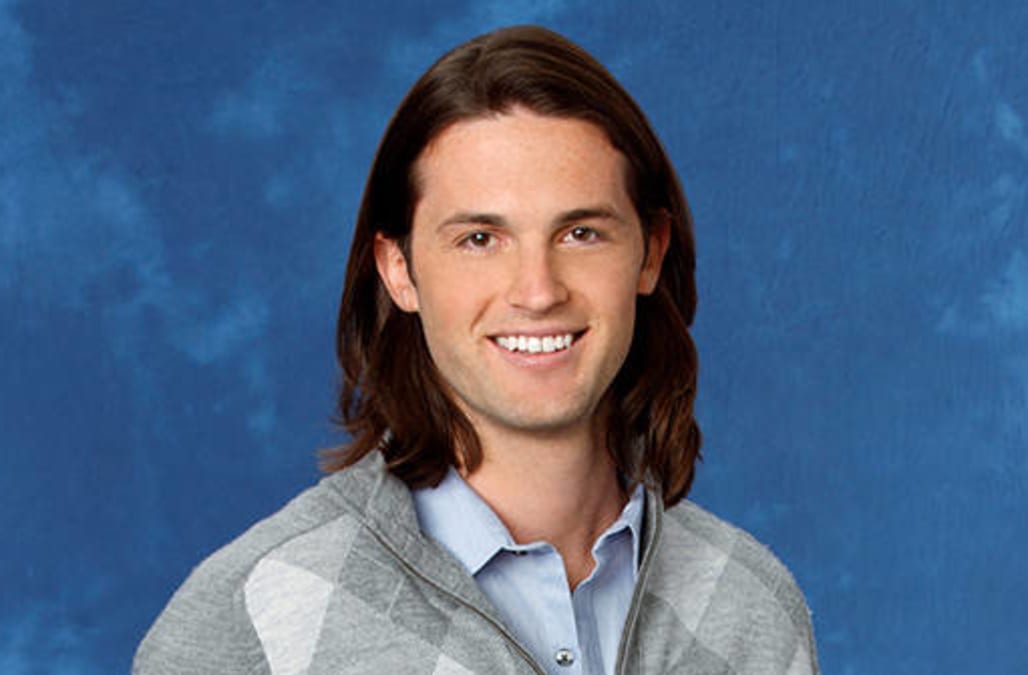 Michael Nance, who was a former contestant on "The Bachelorette," is dead at 31, E! reports.

Nance was found dead in the early morning of Memorial Day -- Monday, May 29 -- and not much else is known about his death.

Police officers in Austin, Texas, pronounced Nance dead at 2:54 a.m. after responding to reports of an unresponsive male. 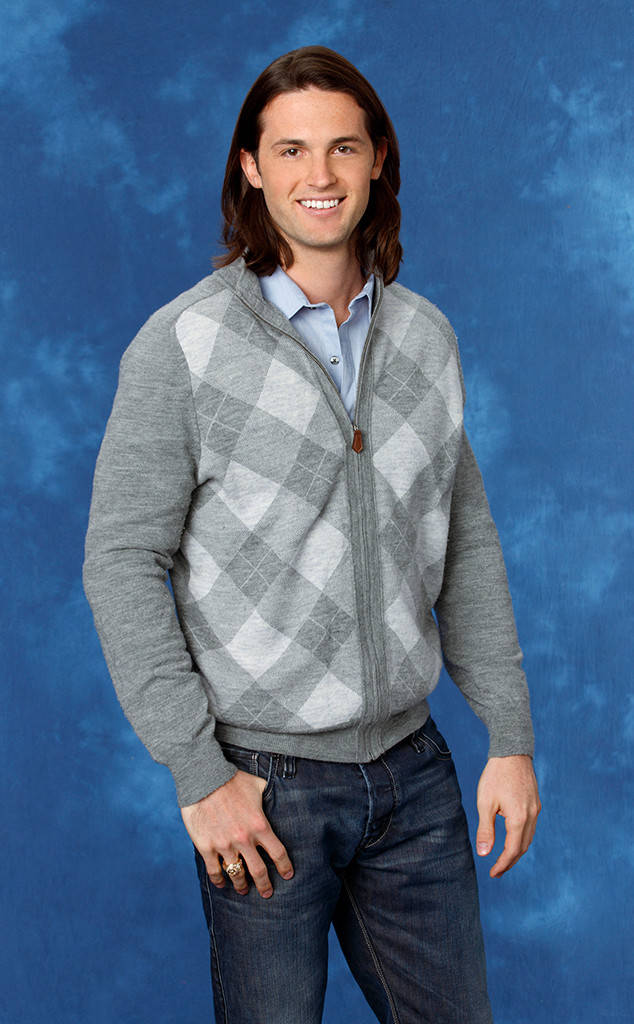 "At this point it is not a suspicious death and the manner will be determined by the medical examiner," an Austin Police Department Homicide Unit spokesperson told E! News on Tuesday.

Nance was a contestant on Emily Maynard's season of "The Bachelorette" back in 2012 when he was 26. He made it to Week 4 before being one of two men who failed to receive a rose when there were 12 men remaining.

Maynard took to Twitter on Tuesday to react to the heartbreaking news.

"So sad waking up to the news about Michael Nance," she wrote. "Such a kind heart with so much talent. Sending prayers and love to his family and friends."

So sad waking up to the news about Michael Nance. Such a kind heart with so much talent. Sending prayers and love to his family and friends.

RELATED: Here's how every Bachelor and Bachelorette's relationship has lasted:

35 PHOTOS
'The Bachelor' and 'The Bachelorette': Length of every winner's relationship
See Gallery

"The Bachelor" (Season 1): Alex Michel didn't propose to Amanda Marsh when he chose her over Trista Rehn back in 2002, and they broke up after several months of dating.

"The Bachelor" (Season 2): Aaron Buerge and Helene Eksterowicz broke off their engagement after just a couple of weeks, continuing the franchise's early struggle to result on a long-lasting relationship. (Photo by Scott Gries/Getty Images)

"The Bachelorette" (Season 1): Trista Rehn (now Trista Sutter) and Ryan Sutter are the ultimate Bachelor Nation success story. After getting married on national TV in 2003, the couple welcomed two children together and are still married 14 years later!

"The Bachelor" (Season 3): Andrew Firestone proposed to Jen Schefft at the end of his season, but the couple broke up a few months later. They reportedly remained friends.

"The Bachelor (Season 4): Bob Guiney didn't propose to Estella Gardinier at the end of his season, but he did give her a promise ring that she happily accepted. Clearly, the promise didn't last long, as they broke up a few weeks after the season aired.

"The Bachelor" (Season 5): Jesse Palmer and Jessica Bowlin broke up after several weeks of dating. They never got engaged. (Photo by Michael Hickey/WireImage)
"The Bachelorette" (Season 2): Meredith Phillips picked Ian McKee, who proposed to Phillips in the season finale. They broke off their engagement a year later in February 2005. (Photo by J. Merritt/FilmMagic)
"The Bachelor" (Season 6): Byron Velvick and Mary Delgado were together for five years, but eventually broke up in 2009.
"The Bachelorette" (Season 3): Jen Schefft initially didn't choose either of her final two men, but during a live final rose ceremony, Schefft ended up choosing Jerry Ferris. When Ferris proposed, though, Schefft denied his proposal. Get all that?
"The Bachelor" (Season 7): Charlie O'Connell (brother of actor Jerry O'Connell) and Sarah Brice dated on and off for five years before calling it quits for good in 2010. They were never engaged. (Photo by Jeff Kravitz/FilmMagic)
"The Bachelor" (Season 8): Travis Lane Stork, who you may recognize now as a current host of "The Doctors," and Sarah Stone broke up shortly after their season of the show aired in 2006.
"The Bachelor" (Season 9): Lorenzo Borghese and Jennifer Wilson dated for about four months before breaking up in January 2007. Borghese never proposed.
"The Bachelor" (Season 10): Andrew Baldwin proposed to Tessa Horst in the season finale of his season, but the couple ended their engagement a month later. They continued dating for a few months before breaking up for good in the fall of 2007.

"The Bachelor" (Season 11): Brad Womack made history by choosing neither DeAnna Pappas nor Jenni Croft, leaving him with nobody at the end of the season.

"The Bachelor" (Season 12): Matt Grant and Shayne Lamas got engaged on the season finale, but broke up just a few months later in the summer of 2008.

"The Bachelorette" (Season 4): DeAnna Pappas and Jesse Csincsak set their wedding date for a year after the finale of their season, but broke up before they could get there after six months of dating. Pappas would later return for Season 13 of "The Bachelor," and Csincsak ended up marrying a contestant from that same season.

"The Bachelor" (Season 13): Jason Mesnick chose Molly Malaney over original winner Melissa Rycroft after he ended his engagement to Rycroft. Mesnick and Malaney famously wed on a TV special called "The Bachelor: Jason and Molly's Wedding" in March 2010. They welcomed their first child together in 2013 and are still together.

"The Bachelorette" (Season 5): Jillian Harris and Ed Swiderski were engaged for a little over a year before breaking up in July 2010.

"The Bachelor" (Season 14): Jake Pavelka proposed to Vienna Girardi at the end of his season, but the couple called off their engagement just a few months later.

"The Bachelorette" (Season 6): Ali Fedotowsky and Roberto Martinez were engaged for 15 months before ending their relationship in November 2011.

"The Bachelor" (Season 15): Brad Womack was given another shot at love after ending Season 11 without a woman. He proposed to Emily Maynard during the show's finale after the couple had broken up during their season. They were engaged for just a few months before breaking up in May 2011.

"The Bachelorette" (Season 7): Ashley Hebert and J.P. Rosenbaum got engaged on the finale of their season and married over a year later in a televised wedding. They share two children together and are still together.

"The Bachelor" (Season 16): Ben Flajnik and Courtney Robertson broke up while their season was airing, but resumed their engagement for another six months or so before ending things for good in October of 2012.

"The Bachelorette" (Season 8): Emily Maynard and Jef Holm were engaged for about six months before going their separate ways.

"The Bachelor" (Season 17): Sean Lowe proposed to Catherine Giudici in the finale of his season, and they got married in January of 2014. They have one child together, Samuel, who was born in July 2016. They're still married.

"The Bachelorette" (Season 9): Desiree Hartsock and Chris Siegfried got married two years after their season wrapped in January 2015. They share one child together and are still married.

"The Bachelor" (Season 18): Controversial Bachelor Juan Pablo Galavis didn't propose to Nikki Ferrell, but they dated for over half a year before breaking up in October 2014.

"The Bachelorette" (Season 10): Andi Dorfman and Josh Murray ended their engagement about half a year after their got engaged. Murray would later be engaged to Amanda Standon from Season 20 of "The Bachelor," who he met on "Bachelor In Paradise" Season 3, but they broke up just six months later.

"The Bachelor" (Season 19): Chris Soules and Whitney Bischoff ended their engagement less than three months after the finale of Soules' season.

"The Bachelorette" (Season 11): Kaitlyn Bristowe and Shawn Booth got engaged in the season finale of their season in the summer of 2015, and they're still engaged and living together in Nashville.

"The Bachelor" (Season 20): Ben Higgins and Lauren Bushnell enjoyed a little over a year of being engaged, before announcing their split in May 2017. They had starred on "Ben & Lauren: Happily Ever After" together in the fall of 2016.

"The Bachelorette" (Season 12): JoJo Fletcher and Jordan Rodgers got engaged on the season finale of their season in the summer of 2016. They're still together and living in Dallas.

"The Bachelor" (Season 21): Nick Viall proposed to Vanessa Grimaldi on the finale of his season and broke up nearly 5 months later.

"The Bachelor" (Season 22): Arie Luyendyk Jr. proposed to Becca Kufrin on the finale of his season, but it was revealed that they broke up during filming and during that time, Luyendyk had gotten back together with runner-up Lauren Burnham. They got engaged on the After The Final Rose special and married in January 2018. They're expecting their first child together this year.

"The Bacheloetter" (Season 14): Becca Kufrin accepted a proposal to Garrett Yrigoyen on the season finale. The couple is still engaged.

More from AOL.com:
Jessica Chastain calls Cannes films' lack of female representation 'disturbing'
George Clooney isn't taking chances traveling ahead of birth of his twins with Amal
'The Brady Bunch' 50th anniversary: The cast talks how TV has changed and what they miss most about Florence Henderson