Sean Hannity slams Media Matters in Twitter rant: 'They hope to get me fired' 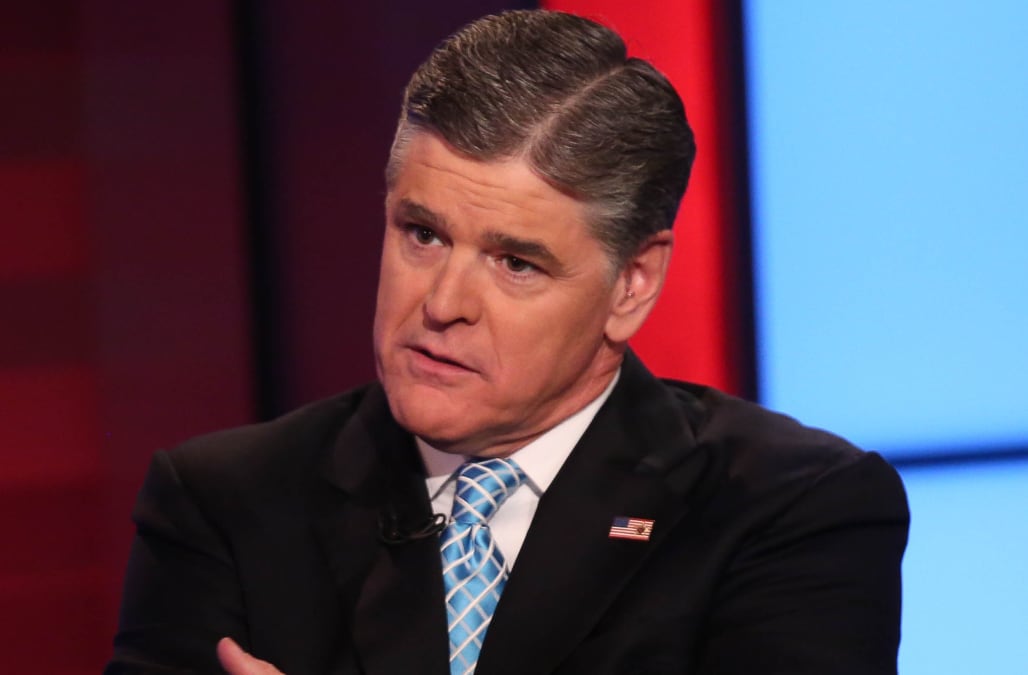 Fox News' Sean Hannity is not happy that Media Matters for America appears to be trying to get him fired over the recent controversy surrounding the coverage of Seth Rich's murder on "Hannity." On Wednesday, he addressed the organization in a series of heated tweets.

Media Matters, a not-for-profit group that monitors conservative media and has historically gone after Fox News, posted a list of Hannity's advertisers, just in case anyone wants to boycott his show. The group, known as MMFA, also calls Hannity a "bigot, a sexist and a conspiracy theorist" on the page that lists his advertisers.

On Tuesday night, Hannity made it clear that he isn't leaving Fox News anytime soon, despite attempts by critics and MMFA to "get me fired."

"I serve at the pleasure of the Fox News Channel and I am here to do my job every night. I am under contract. As long as they seem to want me," he said on "Hannity."

Hannity started defending himself on Twitter bright and early on Wednesday morning.

Sean Hannity goes on Twitter rant about Media Matters
Liberal Fascism. Mmfa is targeting my advertisers to silence my voice. They hope to get me fired. Rush, O'Reilly, Beck, Imus, & now me.
Notice MMFA only does this to conservatives. Smear, slander, malice, half truths, purposefully taking things out of… https://t.co/ijOIDqK0Xb
Why do they not go after @nbc hosts or @CNN hosts? Serious questions will now be raised on funding, tax status, and… https://t.co/2TCdBECV6Z
Why didn't they go after HBO Real Time? Colbert? Simple, MMFA only wants to silence conservatives. Who funds them?… https://t.co/v9HdQiXpFZ
https://t.co/dlfvRsFPfR
https://t.co/PKcCSiq8Kr
How much $ total has Soros given to MMFA? https://t.co/ZZfbNW3z2d
https://t.co/40gymvCpqL
https://t.co/hPeE2sSUxR
https://t.co/1KBZadn62j
Thank you to all my irredeemable friends!! Very humbling!! https://t.co/RAd3sWFjC8
This is a big deal. A media outlet that actually investigated the truth when we pointed out an error. Thx… https://t.co/VUgZmTADPV
To all my friends. TODAY, George Soros, & Hillary Clinton supported Mediamatters is targeting all of my advertisers to try and get me fired
Spoke to many advertisers. They are being inundated with Emails to stop advertising on my show. This is Soros/Clint… https://t.co/RSauUJOG0w
Interesting Real Time can make incest so called "jokes" about Ivanka and Colbert can make vile comments about @POTUS @MMFA SILENT #Hypocracy
Up Next

Hannity also tweeted the links to a variety of stories accusing Media Matters of trying to "stop" conservative powerhouse Breitbart News and detailing George Soros' involvement with the group.

The "Hannity" namesake ended his barrage of tweets with a message thanking fans that have stood by him.

Hannity announced Tuesday that he will no longer discuss the July, 2016 murder of DNC staffer Rich — for now, anyway.

"I totally completely understand how upset... how hard this is on this family, especially over the recent coverage of Seth's death," Hannity said, adding that he had reached out personally to the Rich family to offer his condolences.

"Out of respect for the family's wishes, I am not discussing this matter at this time," he said.

Read original story Sean Hannity Slams Media Matters In Twitter Rant: 'They Hope to Get Me Fired' At TheWrap