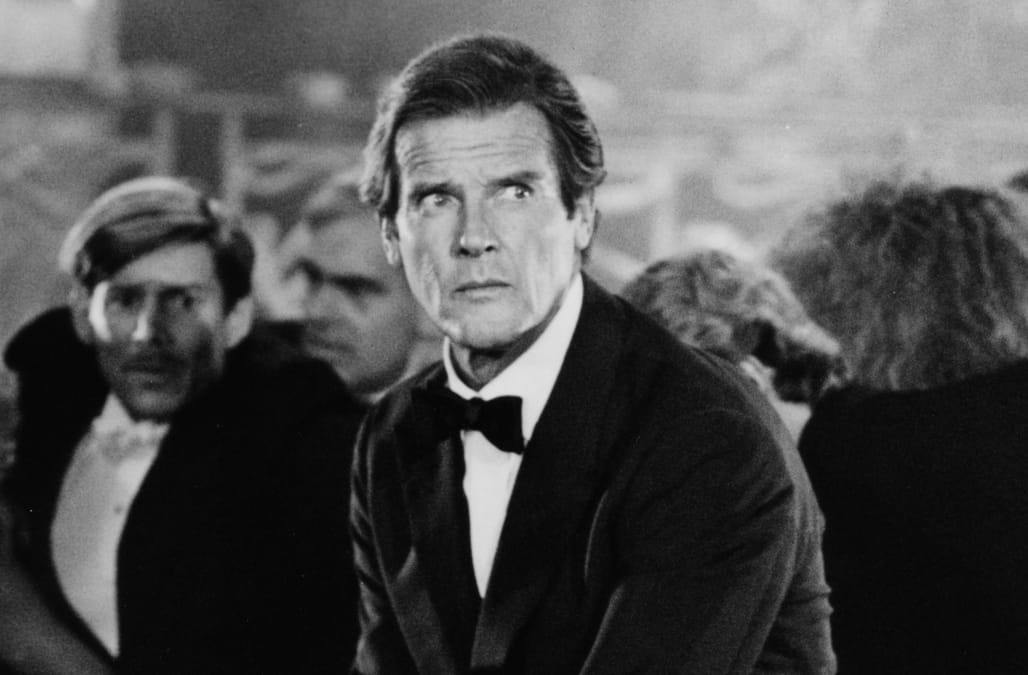 Roger Moore, the handsome English actor who appeared in seven films as James Bond and as Simon Templar on "The Saint" TV series, has died in Switzerland after a short battle with cancer. He was 89.

Moore appeared in more official Bond pics than his friend Sean Connery over a longer period of time, and while Connery's fans were fiercely loyal, polls showed that many others favored Moore's lighter, more humorous take on 007.

In 1972, Moore was asked to join Her Majesty's Secret Service. He took on the mantle of 007 for 1973's "Live and Let Die," which would lead to six more turns as England's top spy. In addition to reviving the franchise at the B.O. after waning prospects at the end of Connery's run, the new James Bond relied on more humor in stories that cranked up the camp.

Moore as Bond began to shake off the Connery comparisons and pick up speed after 1977's "The Spy Who Loved Me" launched the series into super-blockbuster status, raking in $185.4 million worldwide. Next up, the outer space-traveling "Moonraker" (1979) cumed $202 million and 1981's "For Your Eyes Only" took $194 million.

The young actor came to the U.S. in 1953. MGM signed him to a contract and he received supporting work on several pictures. He played a tennis pro in 1954's "The Last Time I Saw Paris," with Elizabeth Taylor. The role was one of several in the '50s that hinged on his tall, athletic good looks. He would often play royalty or military characters.

Moore had his first taste of smallscreen stardom from 1956-58 as the lead, Sir Winfred, in ITV's "Ivanhoe." While still drawing film roles, he would continue to star in TV programs, following "Ivanhoe" with short-lived ABC Western "The Alaskans" and replacing James Garner in "Maverick" in 1960-61 (Moore played British cousin Beau Maverick). By the time he arrived on "Maverick," its popularity was waning, but Moore won over the cast and crew with his good humor and charm, on-set qualities for which the actor would be known throughout his career.

In 1962, Moore began playing one of the roles that would define his celebrity, dashing thief Simon Templar, who would steal from rich villains each week on "The Saint." The show ran 118 episodes, transitioning from B&W to color and finally wrapping in 1969. The British skein initially ran in syndication in the States but was part of NBC's primetime schedule from 1967-69.

Stories would feature exotic locales, beautiful women and plenty of action, elements shared with the bigscreen tales about a certain British spy of the era. Ironically, it was the "Saint" contract that prevented Moore from competing for the role of 007 when Sean Connery was cast in 1962's "Dr. No."

Moore returned to the bigscreen with a pair of forgettable thrillers in '69 and '70. Despite having sworn off TV, he was subsequently lured back for "The Persuaders." The show, which featured Moore and Tony Curtis as millionaire playboy crime-fighters, ran only one season; it was successful in Europe but failed in its run on ABC in the U.S.

RELATED: Celebrities we lost in 2016:

During his 13 years as 007, Moore landed feature roles in other actioners, but none that would compete with the Bond franchise. Movies from that period include 1978's "The Wild Geese," with Richard Burton and Richard Harris, and 1980's "ffolkes" with James Mason and David Hedison, who played CIA agent Felix Leiter in "Live and Let Die."

The actor took great fun in skewering his slick image offscreen and on-, including appearances in "Cannonball Run" and TV's "The Muppet Show," in which he struck out with Miss Piggy; in the 2002 comedy "Boat Trip," he played a flamboyant homosexual with some Bond-like elements, and in 2004 he lent his voice to animated short "The Fly Who Loved Me."

He also occasionally appeared both on the big- and smallscreen. He appeared in the Spice Girls feature "Spice World," provided a voice for "The Saint" feature in 1997, appeared in an episode of "Alias" in 2003 and had a role in the 2013 telepic version of "The Saint" starring Eliza Dushku.

Moore did quite a bit of voicework in the 2000s in pics including "Here Comes Peter Cottontail," "Agent Crush," "Gnomes and Trolls: The Forest Trial," "De vilde svaner" and 2010's "Cats and Dogs: The Revenge of Kitty Galore," whose title was an allusion to Bond girl Pussy Galore of "Goldfinger"; his "Cats and Dogs" character was Tab Lazenby.

He became a UNICEF goodwill ambassador in 1991 and had been an active advocate for children's causes. In 1999, he was honored by the British government with the title Commander of the British Empire.

Moore was born in Stockwell, South London. Despite health problems, Moore excelled at school and took an early interest in art and drawing. His grammar school education was interrupted by the start of WWII; he and his mother spent most of the war in Amersham, 25 miles outside of London.

In 1943, Moore decided to leave school and pursue work in animation at Publicity Pictures Prods., where he was a junior trainee in cartooning. But mishandling of some celluloid brought a swift conclusion to that career path.

Moore began his long acting career during the summer of 1944, when a friend recommended that he seek work as an extra on the film "Caesar and Cleopatra," which brought Moore a walk-on role and the attention of co-director Brian Desmond Hurst, who was impressed with the looks of the tall, thin young man and secured him extra parts in two subsequent pics. With the support of Hurst, Moore auditioned for and was admitted to the Royal Academy of Dramatic Arts.

In 1945, Moore was called up for national service and, after basic training, was recommended for the Intelligence Corps. "The only reason they commissioned me was I looked good in a uniform," Moore joked of his military career.

The actor's autobiography, "My Word Is My Bond," was published in 2008; his other books include memoir "One Lucky Bastard" and "Bond on Bond." In recent years he toured with a popular one-man show, "An Evening With Roger Moore."