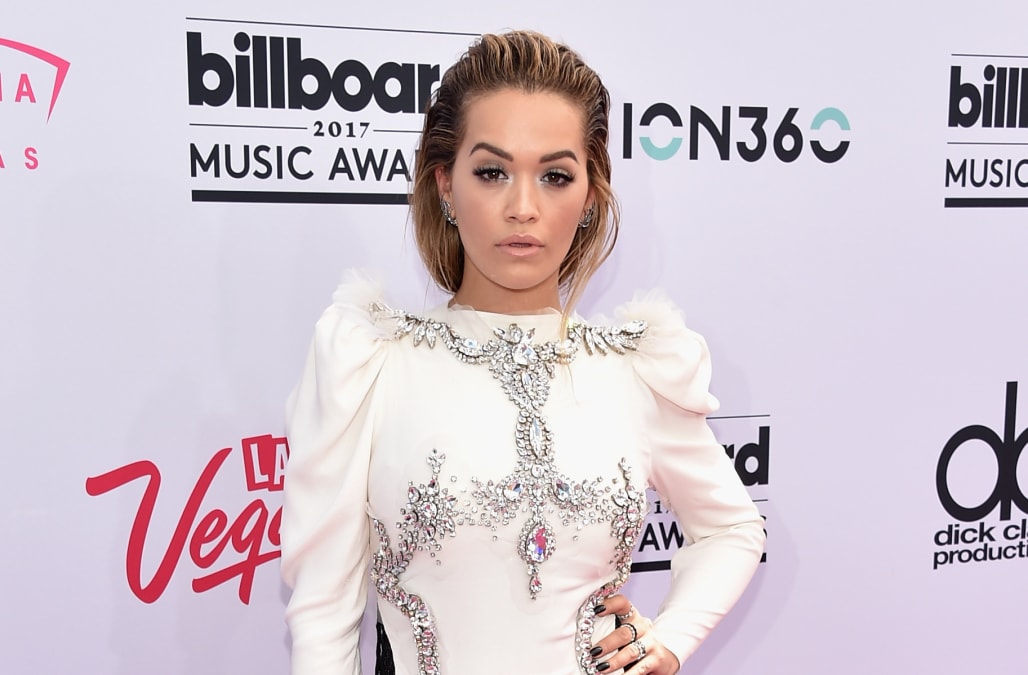 Music's hottest stars arrived in style to the 2017 Billboard Music Awards in Las Vegas on Sunday night -- and you better believe they dressed to impress.

The pink carpet was truly a grand affair, featuring more star power than in year's past. Of course, there was no shortage of OMG-worthy fashion moments, with many stars flaunting some major flesh!

Billboard Music Awards 2017: Red carpet arrivals
Vanessa Hudgens was one of the best-dressed of the night in a nude floor-length number with large bows. So gorgeous!
Is it hot in here?! Lea Michele heated things up -- and showed off her svelte physique -- in this ultra-sexy black dress. She (rightfully) let the outfit do all the talking, sweeping her hair up in a neat bun.
Actress Kate Beckinsale arrives for the 2017 Billboard Music Awards at the T-Mobile Arena on May 21, 2017 in Las Vegas, Nevada. / AFP PHOTO / MARK RALSTON (Photo credit should read MARK RALSTON/AFP/Getty Images)
Hailee Steinfeld, a consistent red-carpet winner, donned a semi-sheer calf-length number over black undergarments. The slicked-back hair and minimal makeup allowed her ensemble to take center stage.

He has arrived! Jason Derulo looked dapper in a fancy tux with some teal detailing.

Leggy lady! "Baywatch" star Alexandra Daddario looked incredibly sexy in a dress with a slit that reached all the way above her hip.

Lea Michele flashed her undies in a sheer ensemble, while Rita Ora gave cameras an eyeful with her super see-through bottom.

Noah Cyrus looked oh-so-chic in a matching crop top and trousers combo that showed off her flat tummy. The singer brought her whole family as her dates, and they looked way too cute together!

Jesse James Decker also had jaws dropping as she showed off her curvaceous body in a jumpsuit with some pretty revealing cutouts.

Check out all the hottest looks of the night in the slideshow above.

Billboard Music Awards 2017: Worst dressed
Should have left this outfit in the backseat of her Rover. Halsey paired a bra -- an ill-fitting one, at that -- with a floor length khaki skirt. (Do those even exist?) If that wasn't enough, she then tacked on these ridiculous lace-up gray sandals.
Kendall Jenner pulled it off at the Met Gala, but Rita Ora's attempt at the major thong look just looks kind of trashy. (Sorry!) It could have been a great look if she paired tailored black pants or a black leather mini with her cute top!
Sorry, Z LaLa -- you're no Lady Gaga. This bizarre getup is bad enough from neck down, but just think how awful the evening is going to be for everyone sitting behind her.
Sorry, what? Dencia's architectural wonder may have taken hours upon hours to produce, but it should have just stayed on the drawing board.
Not quite sure what to make of Jane Zhang's outfit? We aren't either. Everything's mismatched, from the chess-board belt to the ridiculous giant pockets, right down to the gray stilettos. Whoops.
Tyler Hubbard (L) and Brian Kelley of Florida Georgia Line have written tons of hits, but they don't seem to have the same knack for fashion. We're not sure which outfit is worse -- but we might have to hand it to Brian, because that silk scarf is just weird.
Maia Mitchell's outfit isn't awful on its own, but it just doesn't quite fit her body: The actress looks like she's drowning in the cropped jacket and flared skirt.
Hailee Steinfeld has walked countless red carpets, and while we love seeing her try something new, this looks just falls flat. From head to toe, it's just a mess.
Let's just be blunt: Logan Paul looks like he just got off his shift at Hot Topic. The graphic hoodie just doesn't fit the occasion -- or any occasion, really.
Jason DeRulo's velour jacket looks more like something Alec Baldwin would wear in an ill-fated "Saturday Night Live" sketch. Dude, it's hot out -- leave the velvet behind!
She's a Barbie Girl...! Keltie Knight's bubblegum-pink dress was cute, but her shoes completely clashed -- and it kind of looks like she just forgot to do her hair.
LAS VEGAS, NV - MAY 21: Singer Noah Cyrus attends the 2017 Billboard Music Awards at T-Mobile Arena on May 21, 2017 in Las Vegas, Nevada. (Photo by Kevin Mazur/BBMA2017/Getty Images for dcp)
Yikes! We're not sure what to make of Sibley Scoles' Egyptian-intergalactic-inspired number -- because we're afraid she'll send her overlord after us.
Up Next