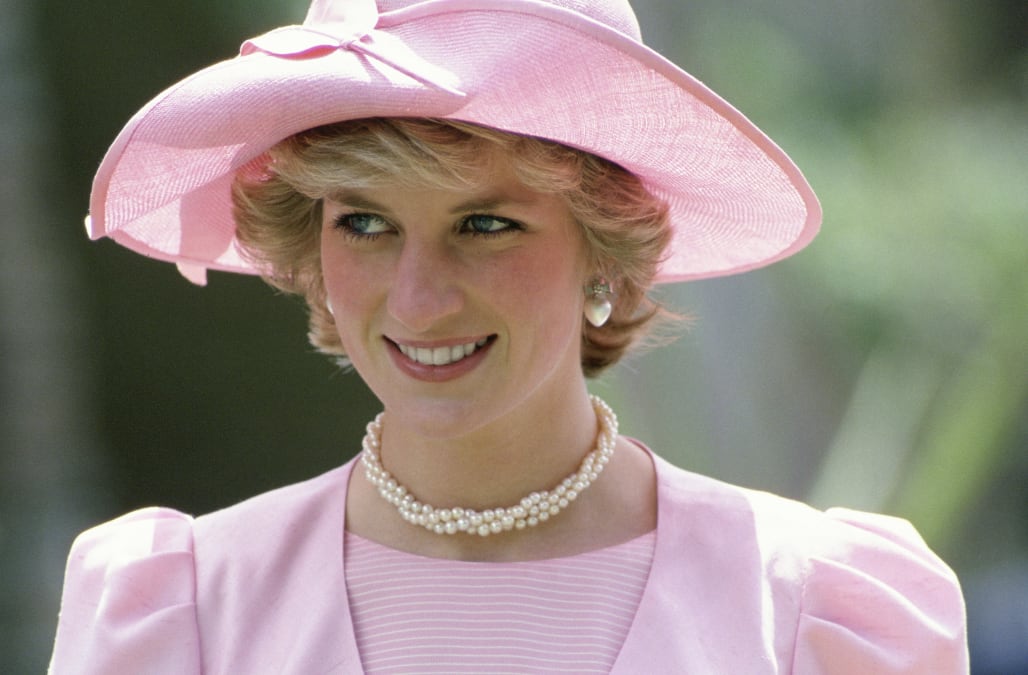 In 1997, Princess Diana of Wales died in a car crash, sending shockwaves around the world. Beloved by many on both sides of the Atlantic, the princess's death made headlines for months—and sparked a number of conspiracy theories. Twenty years later, the BBC has ordered a 90-minute scripted drama about Princess Diana's death—specifically, how it affected her former subjects.

The project, titled Diana & I, will follow four fictional characters, The Hollywood Reporter says: a mother, a son, a wife, and a boyfriend. Their narratives, which all unfold during the week after Princess Diana's death, will be told "in parallel but at times interlinked." The Fully Monty director Peter Cattaneo will direct, while Jeremy Brock, who penned The Last King of Scotland, will provide the script.

More: The 20 Most Satisfying TV Kisses of All Time

"I was compelled by the impact that incredible week had on all of us who remember it, whether royalist or not," Brock told T.H.R. "I wanted to explore the lives of four ordinary people and how they internalized their memories of Diana in the aftermath of her death . . . "Diana & I is categorically not a film written in memoriam. It's a celebration of what it's like to be human—good and bad—in the unexpurgated and improvisatory shock of real life."

A very young Diana in a fancy pram.

Young Lady Diana in a buttoned up dark coat.

Lady Diana at age 8, wearing a matching dress and headband.

Diana on holiday with her family, causal in a sweater and jeans.

Diana let her hair grow long during her youth, here age 10 in a wide-brimmed black hat.

Diana always had a passion for children, here at 19 working as a Nursery Assistant at a Kindergarten school.

Diana and Charles pose on the day of their engagement, showing off her diamond and sapphire engagement ring.

Diana was stunning on her wedding day, with the most glamorous dress and bouquet -- truly fit for a Princess.

The royal couple during their honeymoon in Scotland.

Diana attended an exhibition at the Victoria and Albert Museum, in a dress designed by Bellville Sassoon.

Princess Diana, pregnant and glowing at a Polo match in Windsor.

The Prince and Princess visit Wales, Diana wearing a suede beret by John Boyd and a coatdress by Arabella Pollen.

Diana was a vision in yellow as she and Charles visited a school in Alice Springs, Australia.

Diana talks with Prince Charles, who is on horseback, at a Polo match.

Diana is pretty in pink while attending the ballet Swan Lake.

Diana and a tiny Prince William leaving the Royal Yacht, the Princess in a belted plaid jacket.

Diana laughs with Nancy Reagan, the two ladies looking radiant in hues of red and white.

Diana rests her chin in her hands on the steps of her home at Highgrove.

Diana at a desert picnic in Saudi Arabia, wearing a purple and white outfit by Catherine Walker.

Diana was stunning at an evening function during a visit to Germany, wearing a gown by Victor Edelstein.

Princess Diana during a visit to Melbourne.

Diana and Wills at a polo club, the Princess casually dressed in a blazer with the British Lung Foundation logo on the front of her t-shirt.

Diana looked radiant in red and purple while in Hong Kong, the outfit designed by Catherine Walker.

During her visit to Hong Kong, Diana wore this stunning tiara and white dress, later known as the "Elvis Dress."

The Princess of Wales in mint on an official visit to Hungary.

Diana and her boys, attending a church service.  Diana wore a pink and purple suit by Catherine Walker.

Diana wears her favorite designer once again, Catherine Walker, during an official visit in Brazil.

Diana wore this white dress and black jacket designed by Catherine Walker during a visit to Salisbury.

Diana was stunning at a banquet in Seoul, wearing the Spencer family tiara and a gown by Catherine Walker.

Diana looked lovely in this pastel suit, crouching down to speak with a young boy.

The Princess of Wales was gorgeous in this royal purple gown during a visit to Chicago.

Diana was lovely in this pale blue cocktail dress by Catherine Walker, attending a charity reception.

Diana, Princess of Wales, was radiant in red during another visit to Washington, D.C.

Given that we are approaching the 20th anniversary of Princess Diana's death, it is no surprise that BBC's project is far from the first retrospective film, TV series, or special announced this year. On Monday, Gayle King will anchor a two-hour prime-time special for CBS about the princess's life and legacy, while HBO and ITV, along with ABC, have documentaries on the way. Even Ryan Murphy is getting in on the Princess Diana train this year: FeudSeason 2 will be all about Diana and Prince Charles.

Pics of Royals Skiing Through the Years

13 Photos That Prove William and Kate Are a Perfect Couple