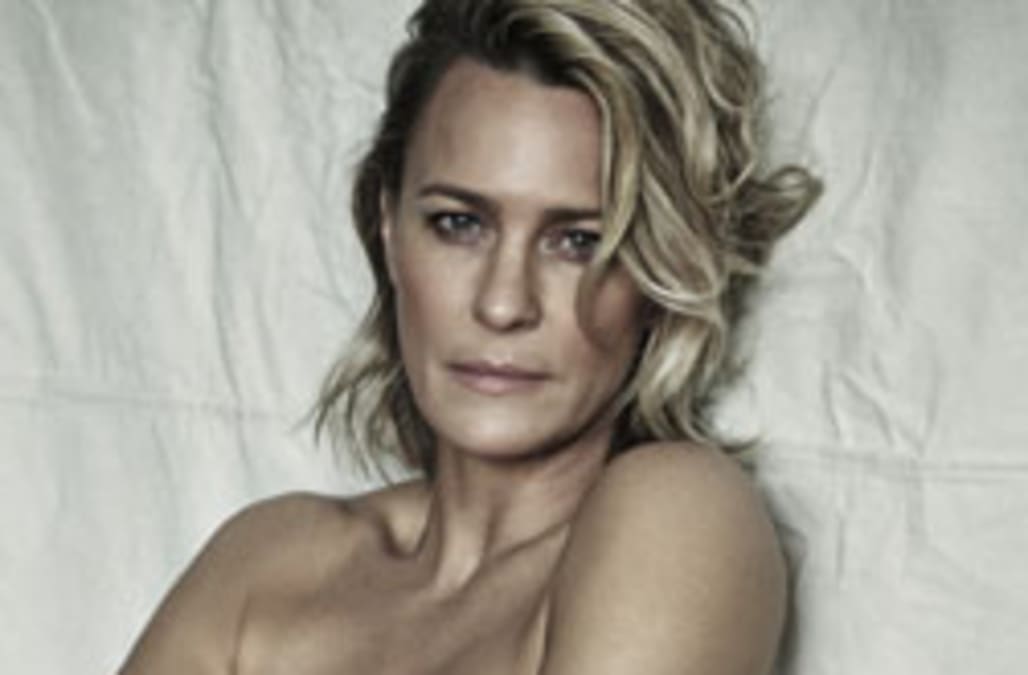 Robin Wright says she had a complete body transformation while preparing to take on the role of General Antiope in the upcoming Wonder Woman movie.

The 51-year-old actress poses topless for the latest issue of The Edit, and in an interview with Garbage singer Shirley Manson, Wright reveals how she altered her training regime and diet in order to portray her fierce warrior character. "We would do horse riding for an hour, then drive from the stable to the studio and do weight training for an hour -- heavy weights and short reps to build size quickly," she explains. "We were trying to do 2-3,000 calories a day: raw oats in smoothies with avocado, whole milk and weight-gain powder, three times a day."

Wright admits that her co-stars' workouts were even more strenuous. "I only got five weeks [of it] because I was on House of Cards and I didn't do half of what the other girls did, because my body wouldn't go there," she notes. "So I kind of became Mama General: 'Good girls, go, 15 more!' We were doing horseback riding in the morning, learning how to canter with sheathes and arrows..." 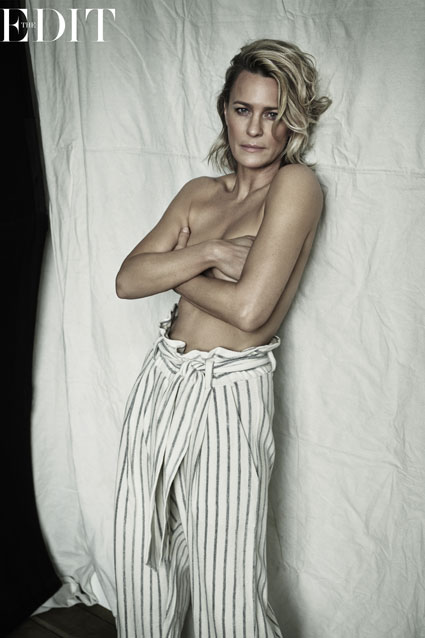 While Wright has the highly anticipated fifth season of House of Cards coming out later this month on Netflix, as well as her upcoming roles in Wonder Woman and Blade Runner 2049, she tells the magazine that she's "bored" with acting. "I only want to direct. I don't want to be in front of the camera anymore," she says. "I so appreciate [this career], I've been doing it 30 years, but I love watching and helping other actors bring [their talent] to fruition."

The actress also talks about how she "never [wanted] fame," recalling when she once turned down a Vanity Fair cover because she was "so petrified of sharing myself."

"I was married to Sean [Penn] at the time, and I knew that all they wanted to know was what color underwear he wore," she remembers. "It affected my career. If you don't play the game, your notoriety doesn't go up and then people won't hire you."

Years later, Wright is passionate about fighting for equal pay for men and women, and says she is still paid less than her House of Cards co-star, Kevin Spacey. "I was told I was getting equal pay and I believed them, and I found out recently that it's not true," she claims. "Claire (Wright) and Francis (Spacey) are equivalent as far as their power, their union and the plot. I may not have as many scenes or words as Francis, but Claire doesn't need to verbalize as much."

EXCLUSIVE: Are House of Cards Francis and Claire Underwood Based on Bill and Hillary Clinton?

Also in the interview, Wright talks about helping daughter Dylan Penn prepare to audition for a TV show, and when ET caught up with the 26-year-old aspiring actress in November 2015, she revealed the best advice she has received from her famous parents.