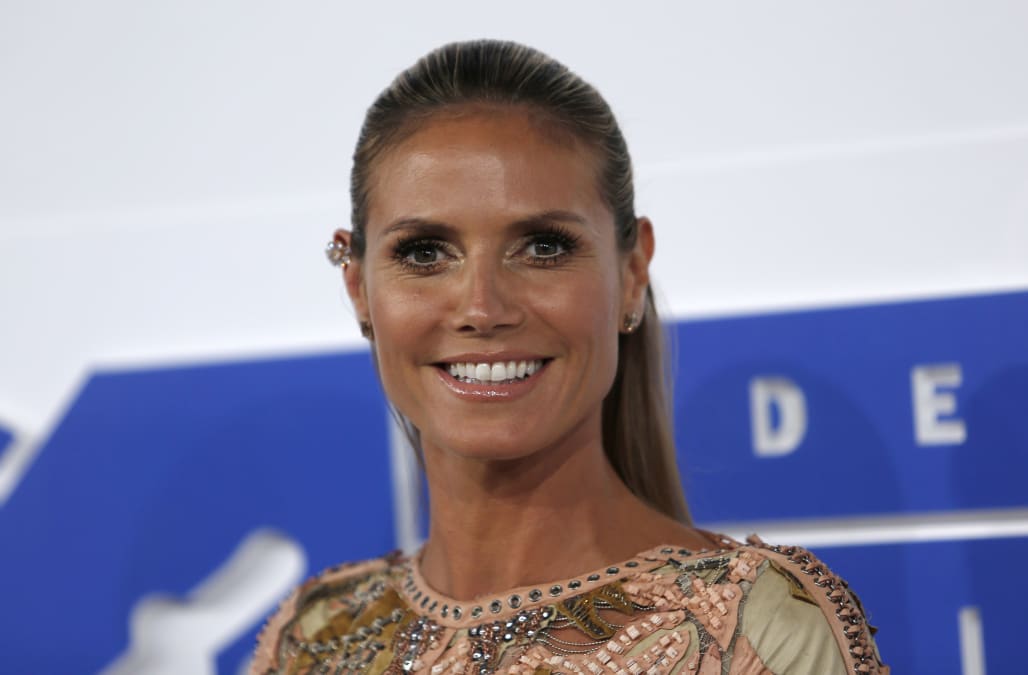 So that's where she gets it!

Heidi Klum is known as one of the most beautiful women in the world, and while some models get their looks from surgery and careful makeup, there's no doubt that Heidi's gorgeous face is au natural. How are we so sure? Um, because we just saw her mom!

Heidi shared a photo of her mother, Erna Klum, in honor of Mother's Day -- and she's stunning! Although she's occasionally been snapped by paparazzi, Erna is rarely in the spotlight, so the photo was a much-welcome surprise. Heidi is snuggled into her mom's shoulder, and both women are sporting perfectly-tousled blonde bangs.

It's not clear when the sweet photo was taken since Heidi is one of those people who just doesn't age, but we love it! Heidi herself is mom to four children -- two sons and two daughters -- so the family was definitely in for a hectic, love-filled Mother's Day.

Heidi is far from the only star with a gorgeous mama. Take a look at these other celebrities with beautiful, rarely-seen mothers:

Hot celebs with even hotter moms

Selena Gomez's mom Mandy Teefey gave up nearly everything so that her daughter could pursue her dream of becoming a star. The two look as close as ever at the premiere of their passion project, "13 Reasons Why."

Liv Tyler's mom Bebe Buell was once a model -- and we can totally see why! Liv also tried following in her mom's footsteps but decided to make the switch to acting when she was 36.

Paulina Gretzky has been making headlines for her exceptionally good looks and it's clear she got it from her momma! Janet Jones, who is married to hockey great Wayne Gretzky, could pass as Paulina's sister!

Malin Akerman and her mom, Pia Akerman, share a lot of the same features, including their gorgeous smiles!

Who's who?! Yolanda Rivera (L) and Naya Rivera (C) could definitely pass as sisters. They're pictured here celebrating Naya's birthday at 1 OAK Las Vegas, so it seems like momma also likes to get wild.

We can only dream to look as youthful as Jennifer Lopez at 47, so its no surprise that her mom Guadalupe Rodriguez looks totally ageless. We need to know this family's secret to the fountain of youth!