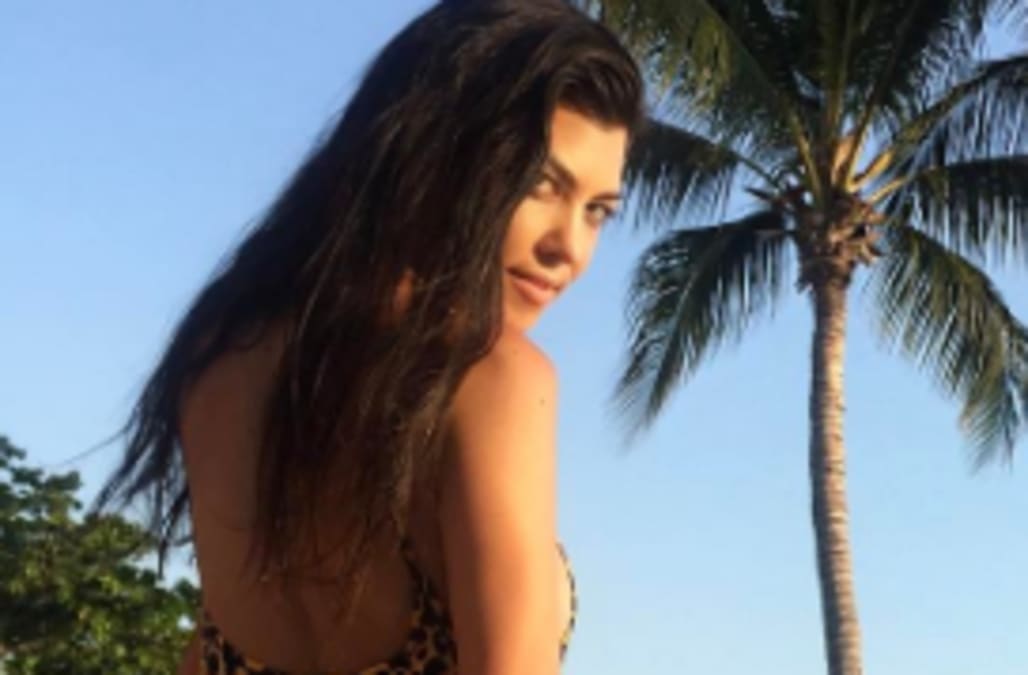 The "Keeping Up With the Kardashians" star is celebrating her 38th birthday with a bunch of her girlfriends in Mexico, including sister Kim, and the group has posted a ton of sexy photos from their enviable vacation.

Kourtney's latest post is a sexy photo taken from behind of the mother of three wearing a leopard thong one-piece bathing suit. The revealing suit shows off her toned derrière, and she captioned the photo using lyrics from Luis Fonsi's hit, "Despacito."

"This is how we do it down in Puerto Rico," Kardashian wrote, despite the fact that they are not actually in Puerto Rico. They're in Tulum, Mexico.

Kourtney Kardashian's birthday trip to Mexico
This is how we do it down in Puerto Rico
Girls Trip
con mi esposa 🌴
So I did a drunk braid on @kourtneykardash today (It was me drinking). There's no how-to either...it's a long story. 🤤🍹🌴 #ShesSoFuego #FriendsletFriendsDrunkBraid #spf1942
here's me acting super natural on a boat
brb. 🌴🍹👋🏼 #spf1942
S W A N G I N
It was written in the sky
Viva 🇲🇽
you try sucking it in after you ate your weight in chips and guac 🤷🏻‍♀️
CAVE
Rough night! I'll post chronicles on my snap
I know where I'm going.
like the ocean
NoChella @kourtneykardash
now playing "despacito" 🔂
Calabasas Mom Crew
VIVA 🇲🇽 !!
breakfast of champions 🍻
uno
dos
tres
Up Next

In addition to a slew of other bikini photos, and a particularly gorgeous group shot of their "Girls Trip" that Kim originally posted, the group has also shared a ton of Snapchats from their fun vacation.

Their wild antics have been entertaining fans of the famous family all week, and Kim updated her fans with some major highlights from their alcohol -- and "brownie" -- fueled vacation earlier this week on Twitter. In her hilarious string of tweets (which may or may not have been a friend hacking her account), Kim claimed that Kourtney threw up four times, hairstylist and friend Jen Atkin was fat-shaming her, they were playing with nipple clamps and more.

Here's to hoping they continue to share more photos from their trip!