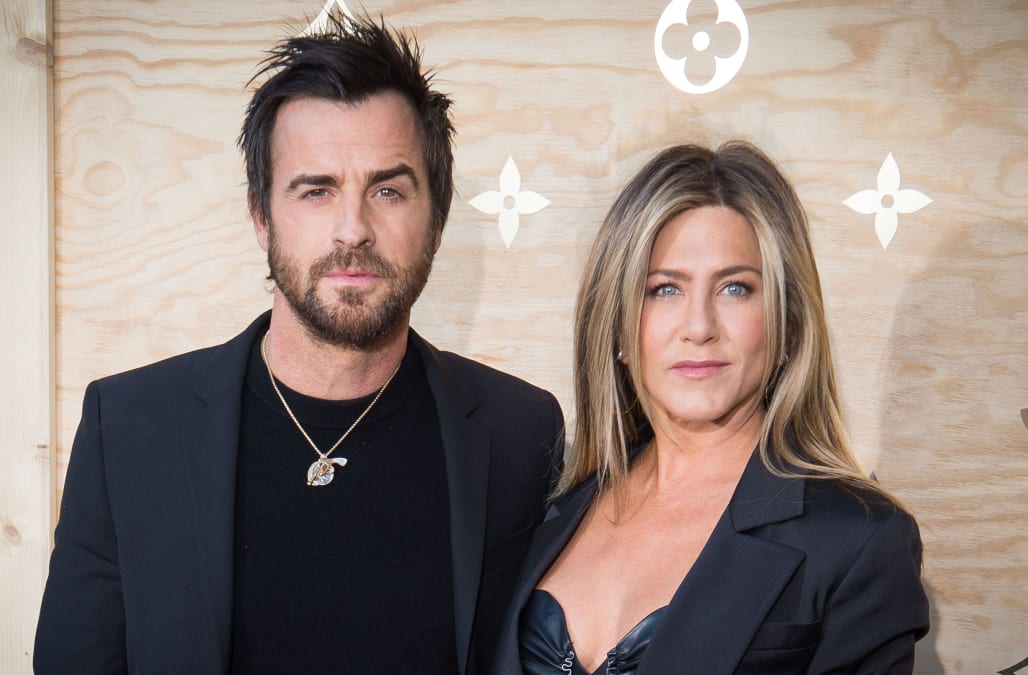 It was all about the couples this week!

Justin Theroux and Jennifer Aniston jetted off to Paris after their high-profile appearance at the season 3 premiere of "The Leftovers" this week to attend a special Louis Vuitton x Jeff Koons dinner at the Louvre. Their sexy, matching ensembles were all-black, leather and totally on-point. They were also seen in more casual outfits the next day.

Rosie Huntington-Whitely and Jason Stratham, who are expecting, were also snapped in some super chic outfits, including jaw-dropping matching navy looks that put them in the running for one of Hollywood's most glam couples. They've been in New York City promoting Stratham's new film, "The Fate of The Furious," out on Friday, April 14.

Two of TV's most beloved personalities, Judge Judy and "Dancing With the Stars" host Tom Bergeron, were snapped (separately) in more casual looks that might have fans doing double-takes, too.

Chris "Ludacris" Bridges and Scott Eastwood stepped out on Monday for a special tastemaker screening of their upcoming film "The Fate of The Furious," out Friday, April 14.

"Star Wars" actor Mark Hamill surprised pediatric hospital patients at the launch of Starlight Virtual Reality at the Florida Hospital for Children in Orlando on Wednesday.