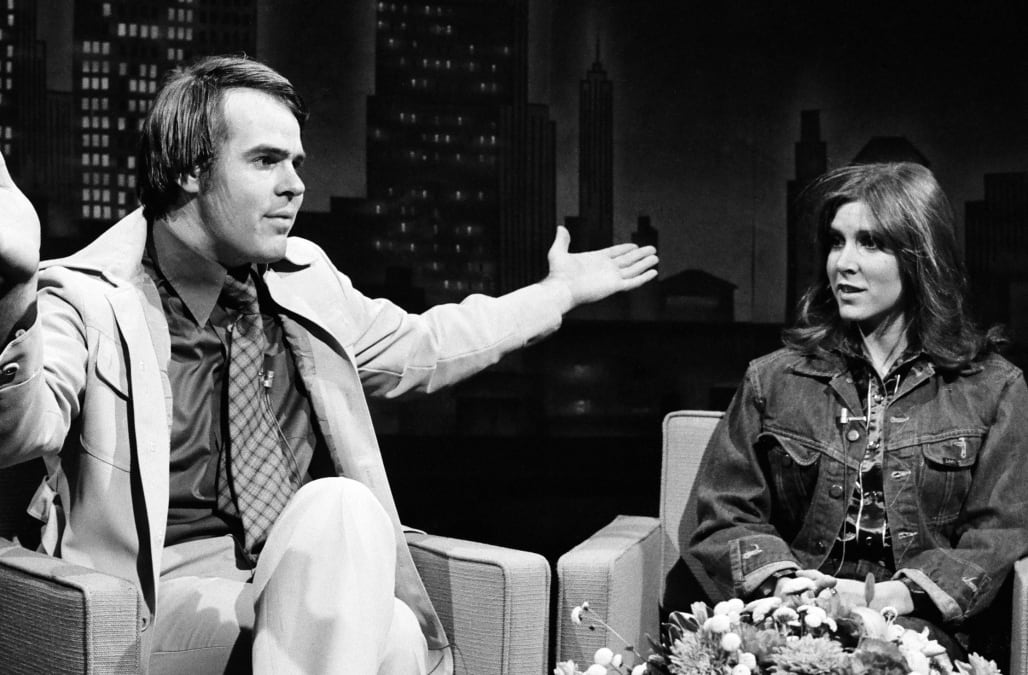 Carrie Fisher will always have a special place in Dan Aykroyd's heart.

The 64-year-old actor, who was once engaged to Fisher after proposing to her on the set of their 1980 film, The Blues Brothers, took the stage on Saturday to deliver an emotional tribute to the actress at the joint memorial for her and her mother at the Freedom Theater at Forest Lawn Cemetery Hollywood Hills.

"I felt like I could've saved Carrie, because I saved her life once before," Aykroyd started his touching speech. "We shouldn't be here so soon in our lives."

"I once saved her life, applying the Heimlich [maneuver] to dislodge a brussels sprout from her throat," he joked, before getting emotional about the actress's death. "If I'd been with our beloved showboat, I might have been able to save her again."

The Ghostbusters star went on to describe his connection with Fisher throughout their lives, even mentioning that they were so serious about each other at one point, that they had "taken blood tests in anticipation of maybe having a child."

"Funny, quick, spiritual, haunted, pursued, talented, ascerbic....deviant, manic genius," he described of what their children would have been like.

Of course, Akroyd and Fisher eventually went their separate ways. "In fact, she had long conversations on the phone in my presence with Paul Simon, with whom she was attempting to reconcile," he said.

"So here I found myself attempting to reconcile with a woman returning to a former intimate, and may I say, a much better choice, but a woman who confided deeply in me and who valued my counsel throughout the process of her inevitable decision to in fact, not marry me -- and wed another," he recalled.

A reward for his "unwavering support" however, in whatever "enchanting" Fisher wanted to do, "was the time I had with her as a trusted friend and fellow night hawk."

Saturday's memorial wasn't the first time Aykroyd had paid tribute to Fisher. In January, he wrote a touching essay honoring the iconic actress, revealing that he hoped "she kept my ring" after they ended their engagement.