Princess Diana 'caught up on sleep' during her honeymoon 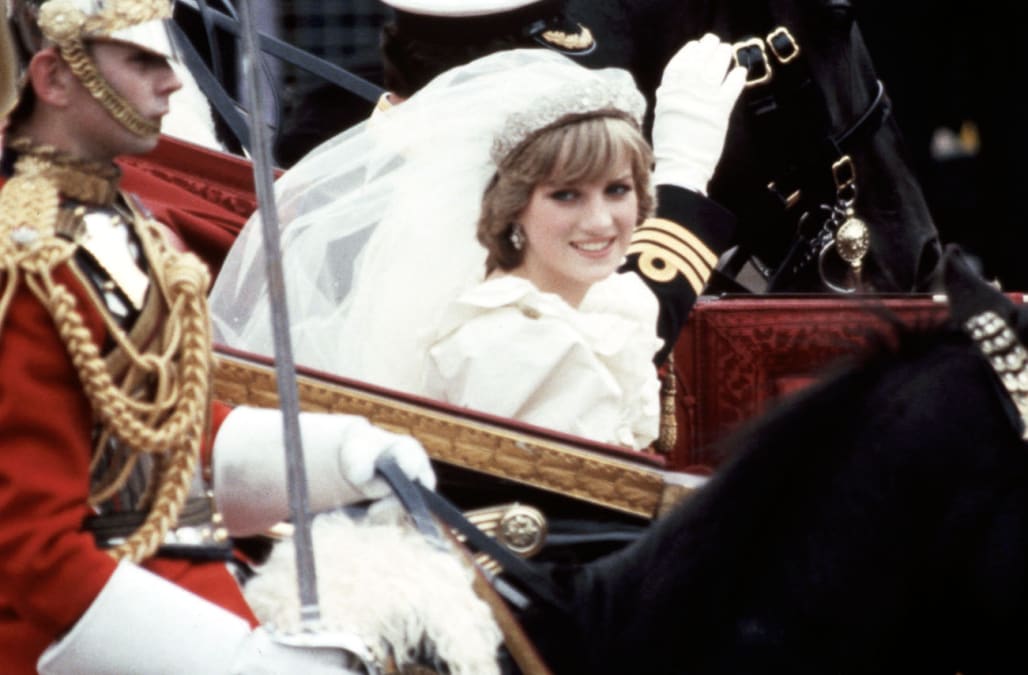 A batch of letters written by Princess Diana to her personal secretary, Jane Parsons M.B.E., is going to be auctioned off in April. The contents of the correspondence reveal, as the auction house puts it, an "intimate glimpse into the marriage" of Prince Charles and the late Princess.

In the letter that is sure to generate the most interest, dated August 15, 1981, Diana writes from her honeymoon, on Royal Yacht Britannia–crested paper: "The honeymoon was a perfect opportunity to catch up on sleep...." (Expect at least an entire episode of Ryan Murphy's upcoming Charles-and-Diana–focused Feud season to be spent on just this detail alone.)

Other intriguing tidbits gleaned from the letters:

— Prince William received 4,500 baby presents on the occasion of his birth (and there were a total of 24,000 thank-you notes sent out after the fact—which should make you feel deeply embarrassed about how much you dread having to write even just a single thank-you e-mail).

See photos of from Princess Diana and Prince Charles' wedding:

— Diana kindly wanted to ensure that her staff was not feeling "exhausted, overworked and underpaid" after William's birth. She herself felt somewhat deluged, explaining to Parsons, after her own 21st birthday, "I have never been more confused than on my birthday as presents and telegrams were pouring in for W at KP as well as my own—so at the moment I just seem to be churning out letters!"

— Diana was very happy that William was excited to see her when she returned home from a trip to Australia in 1983. (She also, uh, does not seem to necessarily have loved all the traveling . . . ) She wrote, "William recognised us instantly, which was a relief as sometimes children resent their parents leaving them! It's marvellous to be home again and hopefully we won't have to do any more travelling this year... Wishful thinking!"

— She had a lot of photos of William (O.K., this one isn't so shocking). "Recently I seem to have endless pictures of William, so it's lovely to think I'll be able to frame one of them for our bedroom," she wrote.

A very young Diana in a fancy pram.

Young Lady Diana in a buttoned up dark coat.

Lady Diana at age 8, wearing a matching dress and headband.

Diana on holiday with her family, causal in a sweater and jeans.

Diana let her hair grow long during her youth, here age 10 in a wide-brimmed black hat.

Diana always had a passion for children, here at 19 working as a Nursery Assistant at a Kindergarten school.

Diana and Charles pose on the day of their engagement, showing off her diamond and sapphire engagement ring.

Diana was stunning on her wedding day, with the most glamorous dress and bouquet -- truly fit for a Princess.

The royal couple during their honeymoon in Scotland.

Diana attended an exhibition at the Victoria and Albert Museum, in a dress designed by Bellville Sassoon.

Princess Diana, pregnant and glowing at a Polo match in Windsor.

The Prince and Princess visit Wales, Diana wearing a suede beret by John Boyd and a coatdress by Arabella Pollen.

Diana was a vision in yellow as she and Charles visited a school in Alice Springs, Australia.

Diana talks with Prince Charles, who is on horseback, at a Polo match.

Diana is pretty in pink while attending the ballet Swan Lake.

Diana and a tiny Prince William leaving the Royal Yacht, the Princess in a belted plaid jacket.

Diana laughs with Nancy Reagan, the two ladies looking radiant in hues of red and white.

Diana rests her chin in her hands on the steps of her home at Highgrove.

Diana at a desert picnic in Saudi Arabia, wearing a purple and white outfit by Catherine Walker.

Diana was stunning at an evening function during a visit to Germany, wearing a gown by Victor Edelstein.

Princess Diana during a visit to Melbourne.

Diana and Wills at a polo club, the Princess casually dressed in a blazer with the British Lung Foundation logo on the front of her t-shirt.

Diana looked radiant in red and purple while in Hong Kong, the outfit designed by Catherine Walker.

During her visit to Hong Kong, Diana wore this stunning tiara and white dress, later known as the "Elvis Dress."

The Princess of Wales in mint on an official visit to Hungary.

Diana and her boys, attending a church service.  Diana wore a pink and purple suit by Catherine Walker.

Diana wears her favorite designer once again, Catherine Walker, during an official visit in Brazil.

Diana wore this white dress and black jacket designed by Catherine Walker during a visit to Salisbury.

Diana was stunning at a banquet in Seoul, wearing the Spencer family tiara and a gown by Catherine Walker.

Diana looked lovely in this pastel suit, crouching down to speak with a young boy.

The Princess of Wales was gorgeous in this royal purple gown during a visit to Chicago.

Diana was lovely in this pale blue cocktail dress by Catherine Walker, attending a charity reception.

Diana, Princess of Wales, was radiant in red during another visit to Washington, D.C.

Pics of Royals Skiing Through the Years

13 Photos That Prove William and Kate Are a Perfect Couple