Jesse James sort of apologizes for cheating on ex-wife Sandra Bullock: 'Cheating is a part of life' 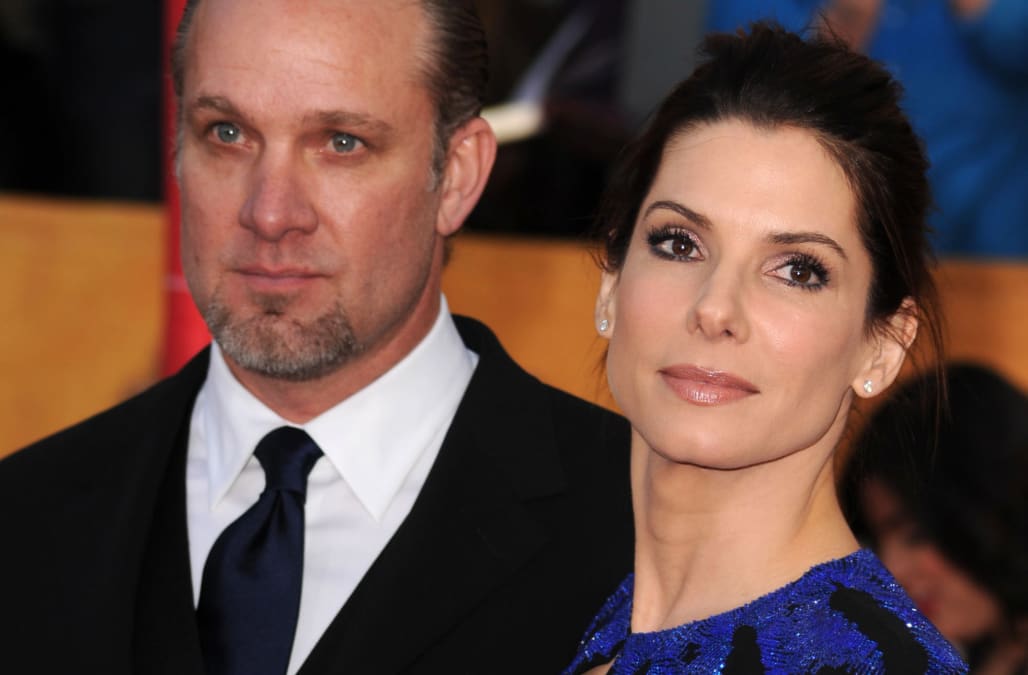 If the goal was to win the public back over, he, um, missed the mark.

Seven years after news broke that Jesse James serially cheated on then-wife Sandra Bullock, the former tabloid king is opening up about life post-Hollywood. He spoke with the Daily Mail -- and each tidbit is weirder than the next.

The basics: Now on wife number four, James currently lives in Texas, where he has a gun manufacturing business and a National Rifle Association clothing line. He's in the process of creating a very special gift: A customized weapon for President Donald Trump.

"I"m just not sure how I'm going to get it to him," James said. "I asked his people and they don't know either."

You can piece together where James' political leanings lie, but more surprising were his remarks on marriage and infidelity. James and Bullock had been married for five years when his shocking affairs leaked to the press.

Despite this blasé attitude, James (sort of) acknowledged the importance of taking responsibility for his actions.

"Yeah, I did cheat on my wife, yeah," he said. "I stood up and took accountability for it and apologized. And that's end of story."

Bullock and James split in 2010, just weeks after she took home the Best Actress Oscar for her role in "The Blind Side." The world was shocked to learn that James had stepped out on America's sweetheart with a number of rough-around-the edges women, including stripper and tattoo artist Michelle McGee.

For her part, Bullock is doing better than ever: She's now mom to two adoptive children, a son and a daughter. She has been dating photographer Bryan Randall since 2015.

Sandra Bullock Red Carpet Style Evolution
Dark lips, sheer overlays, and even a little midriff—the only way Bullock's look could be any more '90s is if she coat-checked a flannel shirt on the way in.
After three back-to-back box-office hits (Speed, While You Were Sleeping, and The Net), Bullock arrived at the 1996 Academy Awards with confidence—and the big hair to prove it. The simple chocolate Calvin Klein gown still holds up.
Bullock took her Forces of Nature premiere seriously, choosing an earthy copper shade to wear head to toe. So seriously, in fact, she ditched her bra, too. Next...
All this time, we thought J.Lo—OK, Versace—invented the belly-button-grazing deep-V. But then we found this. The plunging neckline, vivid print, and down-to-there extensions are certainly a departure for the typically understated Bullock, but she stayed in her comfort zone with moody smoky eyes and neutral lips. We'll let this one slide, because if her facial expression is any indicator, she already knows.
Forget the feathers, the bows, and the streaky golden highlights. Bullock is practically glowing in this bright white Oscar de la Renta gown, and thanks to the body-hugging silhouette, her gorgeously toned arms and décolleté have our full attention.
Now, this is just plain pretty. The low, loose chignon, flushed cheeks, and flowy Grecian gown have all the makings for red-carpet gold. Bullock has never looked more demure.
We're obsessed with this Lanvin mini (Taylor Swift wore it for her 2009 Allure cover shoot), and Bullock's sporty take is equal parts cool and youthful. The roughed-up ponytail, luminous skin, and charcoal smoky eyes were an excellent call.
Sequins, beads, and embroidery: It could easily have looked overdone, but Bullock shines in this glamorous Marchesa gown—even more so than the statue she took home that night for her role in The Blind Side. A sleek blowout and a pop ofpink lipstick are the perfect finishing touches.
She may be Miss Congeniality, but Bullock can do edgy, too. Case in point: An ethereal Jenny Packham dress gets toughened up with thick, blunt bangs and a nearly bare face.
Expert draping and a little volume: It's how Bullock nails the siren red dress (it's J. Mendel) and thigh-high-slit thing without venturing into Jessica Rabbit territory. Her pouf may be a little, well, pouf-y, but her dramatic lashes are spot-on.
With all of the ruffles, this is the stuff of our junior prom dreams (that is, if we wore Lanvin to our junior prom). But Bullock's look is hardly saccharine. The deep plum hue, jeweled belt, razor-straight hair, major smoky eyes—we'll take it all.
Looks familiar, right? Bullock plays the asymmetrical-gown card again, but in shimmery emerald (and this time, Lanvin), the effect is so much more elegant. Where many red-carpet rookies would have erred, she passed on glitzy jewelry (it could have cheapened the dress) and took a minimalist approach with her makeup: Soft smoky eyes and a dab of pink on lips and cheeks were the right move.
Up Next