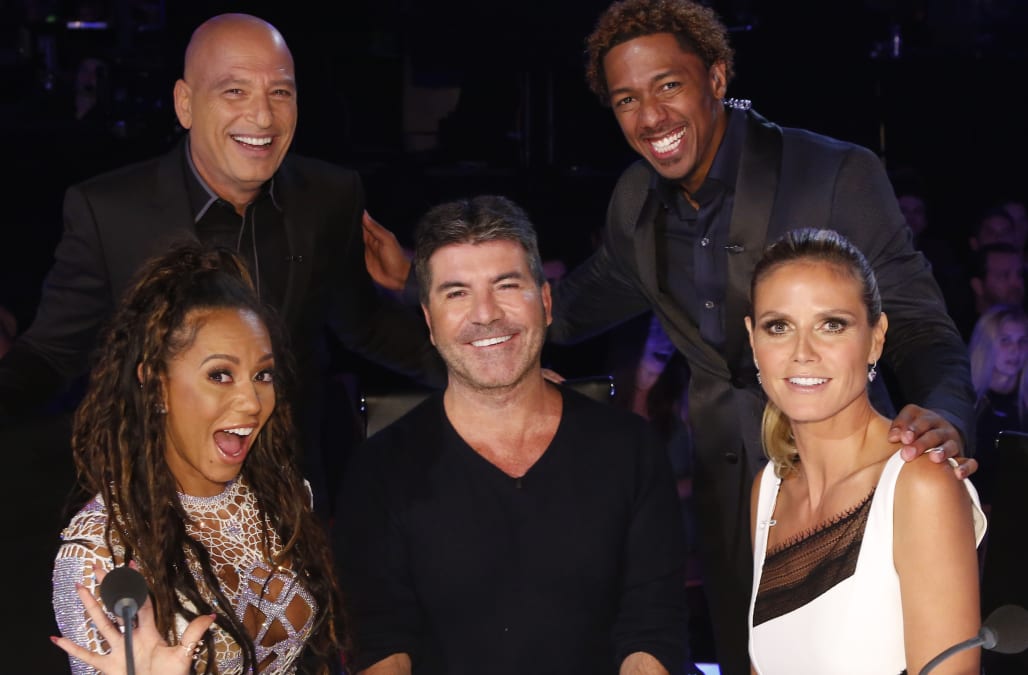 On Monday, Banks tweeted a picture of the flowers Cannon sent her congratulating her on her new gig, along with a sweet note.

WATCH: Nick Cannon Addresses Rumors About His Mental State: 'Let's Talk About the Elephant in the Room'

"Made me smile, @NickCannon," Banks replied, adding a heart emoji.

Made me smile, @NickCannon. 💛 pic.twitter.com/HAes5MqDtC

And it looks like the supermodel is fitting in seamlessly with the AGT judges. Of course, Heidi Klum and Banks, both 43, are already friends, having both been Victoria's Secret Angels. Klum Instagrammed a pic of the two hugging on Monday, writing, "Reunited ... and it feels so good. @tyrabanks #agt."

Cannon abruptly quit AGT last month, claiming he was censored by NBC. Last week, ET spoke with Cannon while filming Wild 'N Out: Live in Times Square, where he opened up about not wanting to be "defined" by his job.

"The entertainment industry itself [can] compartmentalize you," Cannon said. "[People] get caught in a sense of like, 'You should be happy to be here,' or, 'It is the dream job. Things like this don't come along to everyone.' But things like that don't define me."