Pregnant Amal Clooney is pretty in pink, chic in black while showing off baby bump in NYC -- see the pics! 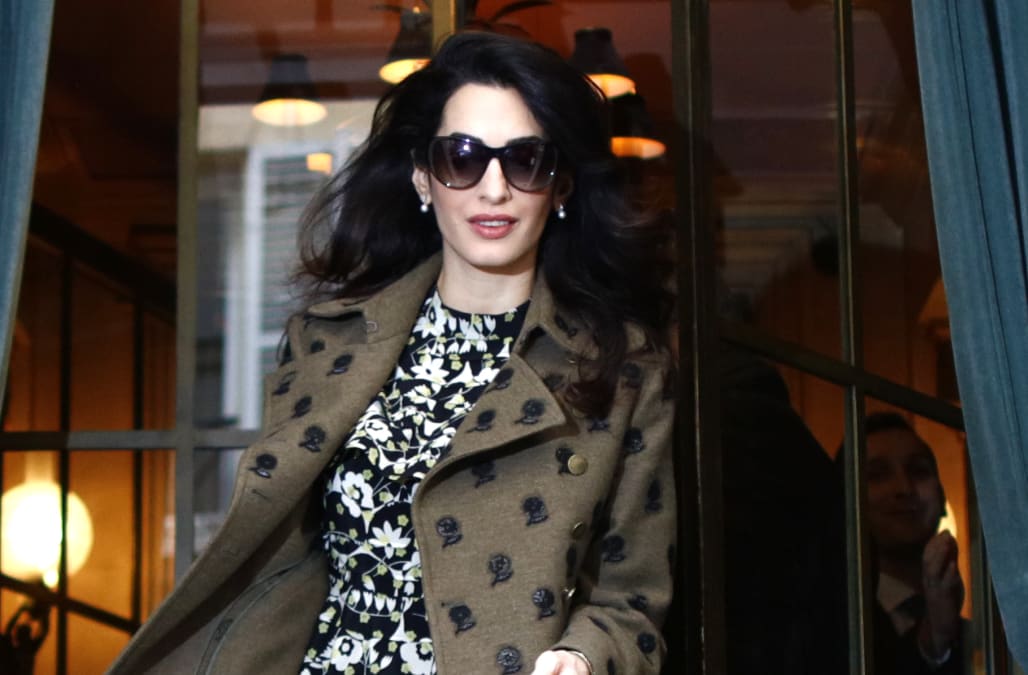 Amal Clooney is the queen of rocking chic maternity wear!

The 39-year-old human rights attorney, who is currently expecting twins with husband George Clooney, was spotted out and about in New York City on Wednesday, sporting two trendy ensembles for different occasions.

WATCH: Amal Clooney on How Her High-Profile Marriage Affects Her Work

For a meeting at the United Nations Headquarters, the Beirut, Lebanon, native paired her Salvatore Ferragamo pumps with a black Vintage Dior suit from William Vintage, which perfectly hugged her growing baby bump. She completed the look with black sunglasses and a powder blue purse. 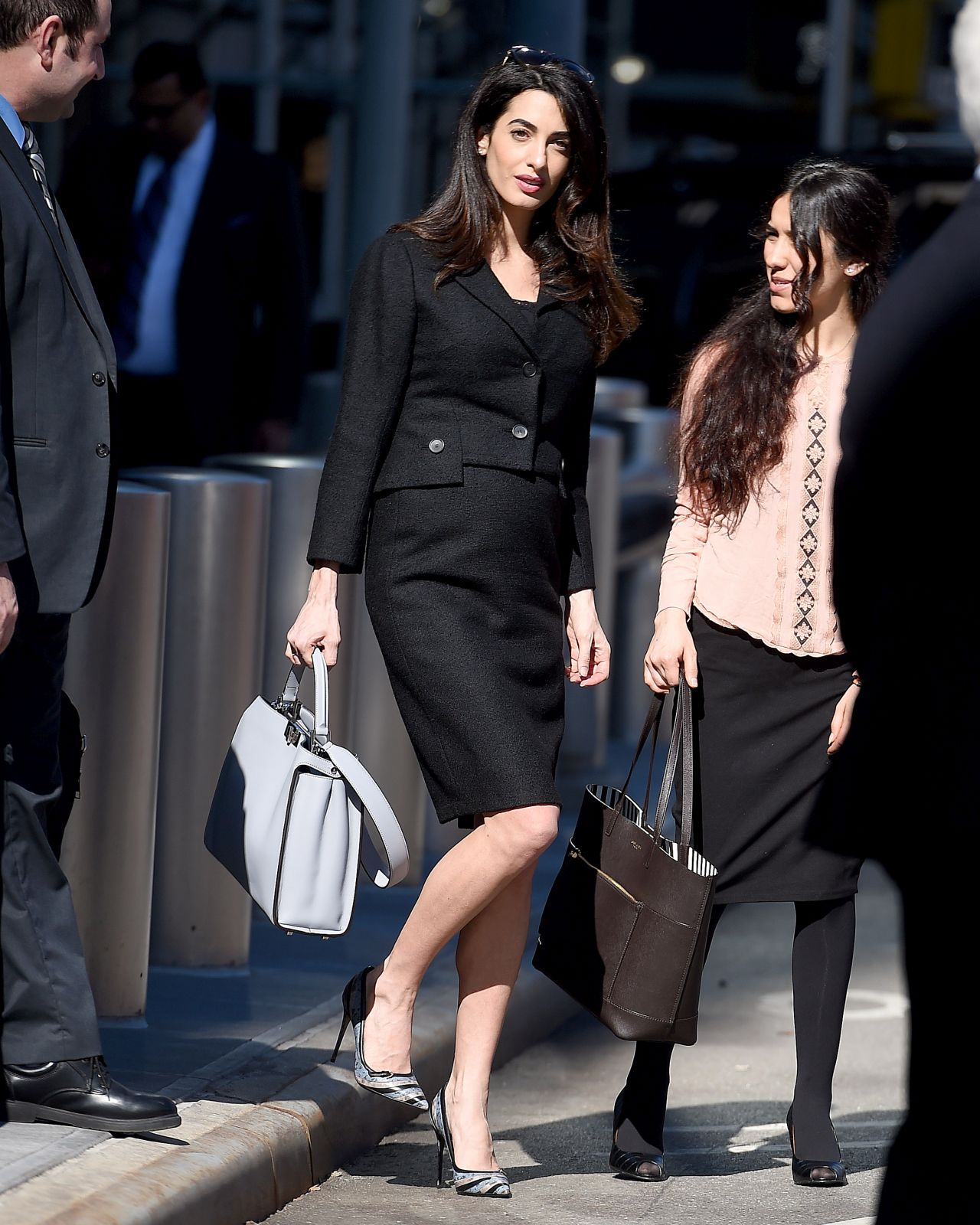 Later in the day, Amal slipped into a blush pink velvet Bottega Veneta dress, which she styled with a matching cashmere overcoat and comfier heels for a private dinner with Princess Eugenie of York on the Upper East Side. Her pink pout was the perfect finishing touch to the feminine get-up. 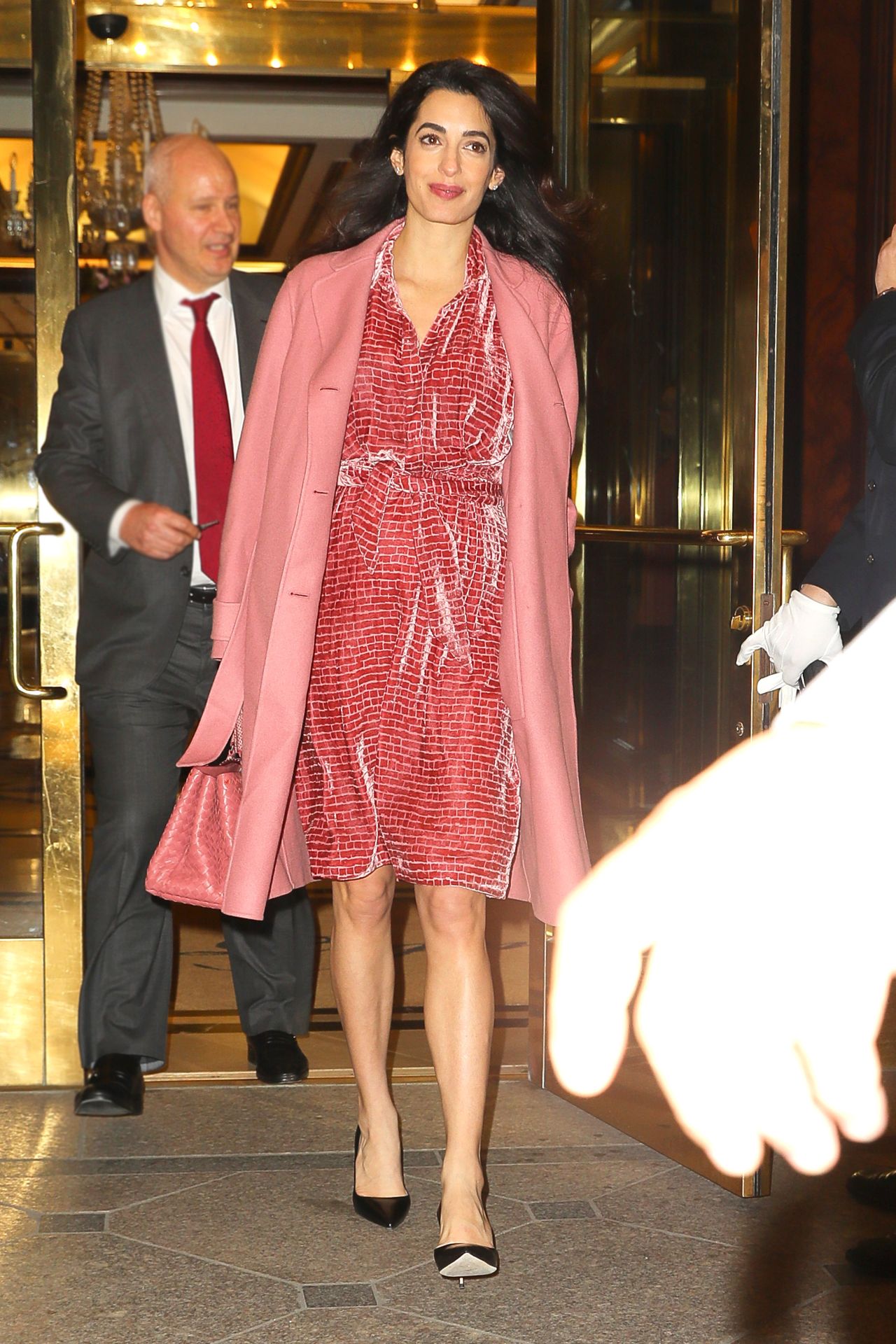 Late last month, Amal looked equally stunning in a floral-embellished dress and knee-high boots while stepping out for a romantic date night in Paris with George. The outing came just a few days after she debuted her baby bump in a breathtaking white custom-made Atelier Versace gown at the 42nd César Awards.

27 PHOTOS
Amal Clooney out and about
See Gallery

Hear more on her posh pregnancy style in the video below.