Julianne Hough celebrates her bachelorette party on a cruise in a bikini! 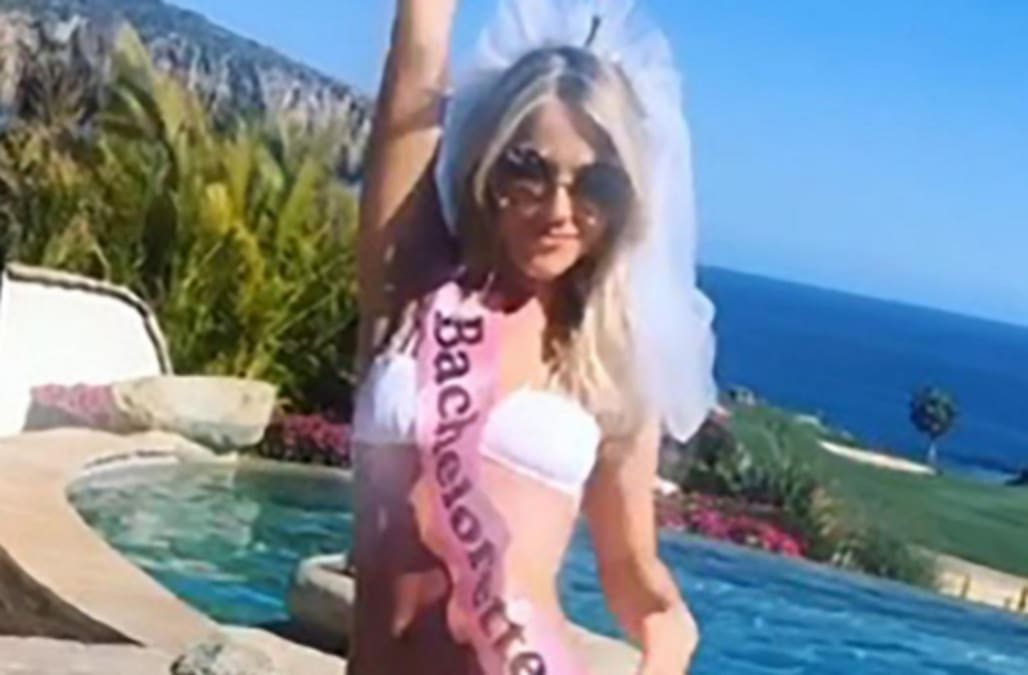 Julianne Hough is celebrating her bachelorette party in style!

The "Dancing With the Stars" alum hopped aboard a Celebrity Cruise with a bunch of her girlfriends this weekend -- including pal Nina Dobrev -- to party hard and soak up the sun on the luxurious boat.

Hough, who's engaged to Brooks Laich, donned a teeny white bikini, white veil and pink "bachelorette" sash for the occasion. And, judging by the fun pictures that have been shared so far, the bash is set to be a wild one! Between rounds of shots and speciality cocktails, blasting music on the floating mansion's two entertainment systems and outings for snorkeling and helicopter tours, the group is set to have a ball.

See photos from her party -- and the cruise!

Hough and Laich got engaged back in August 2015 and haven't shared many details of their wedding plans with the media.

More from AOL.com:
Honey Boo Boo, 11, refuses to diet: 'I'm not jumping on any bandwagon, unless it has cheeseburgers and stuff'
Prince Harry and Meghan Markle reach another relationship milestone
'Fixer Upper' star Joanna Gaines posts sweet surprise from husband Chip and daughters