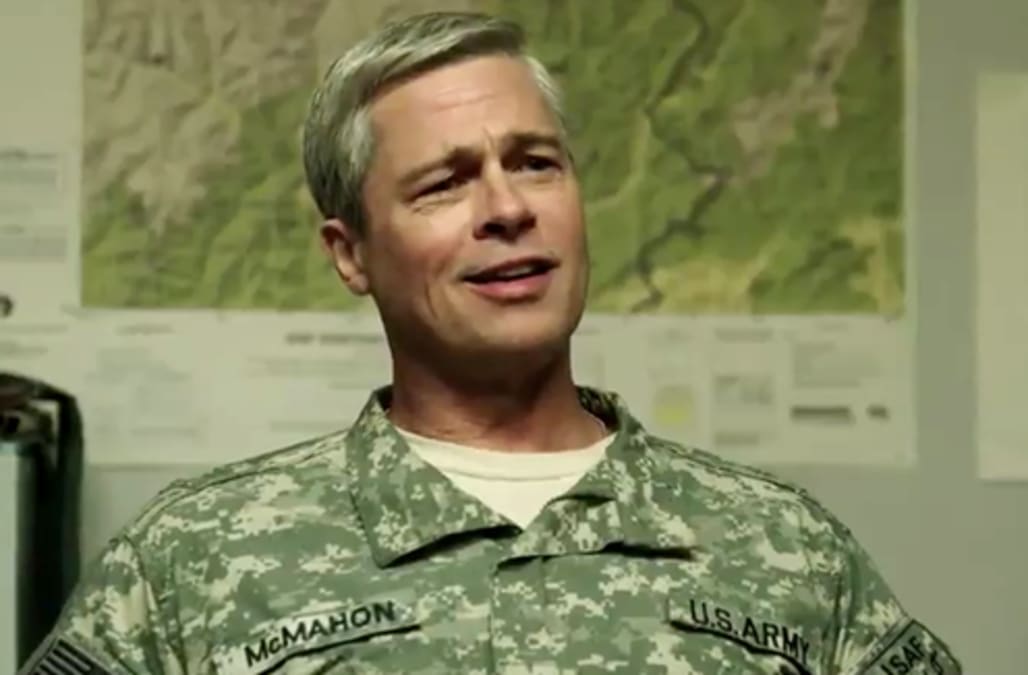 Brad Pitt is a sassy, silver fox during the War in Afghanistan who brushes off naysayers in the new teaser for Netflix's "War Machine."

"Our hope is that you're the man who will get the job done," Pitt is told in the 30-second teaser.

Later, the U.S. military General is told, "You're the leader of U.S. forces in Afghanistan and you have spoken to the president once in 70 days."

A woman played by Tilda Swinton stands up in a crowd to tell him, "That, General, you must know, is a war you will never win."

"War Machine" is produced by Netflix and Pitt's production company, Plan B Entertainment, and inspired by the bestselling book "The Operators: The Wild and Terrifying Inside Story of America's War in Afghanistan" by late American journalist Michael Hastings.

See photos of Brad Pitt through the years:

The book is based on Hasting's interviews with general Stanley McChrystal who was appointed to command the International Security Assistance Force in Afghanistan in 2009.

"Brad Pitt is going to liberate the sh— out of you," Netflix wrote in a tweet to promote the film.

"War Machine" premieres on Netflix May 26.

Watch the teaser below:

Brad Pitt is going to liberate the shit out of you. War Machine, a Netflix Original Film, premieres only on Netflix May 26. pic.twitter.com/GrnEQ7N7Za