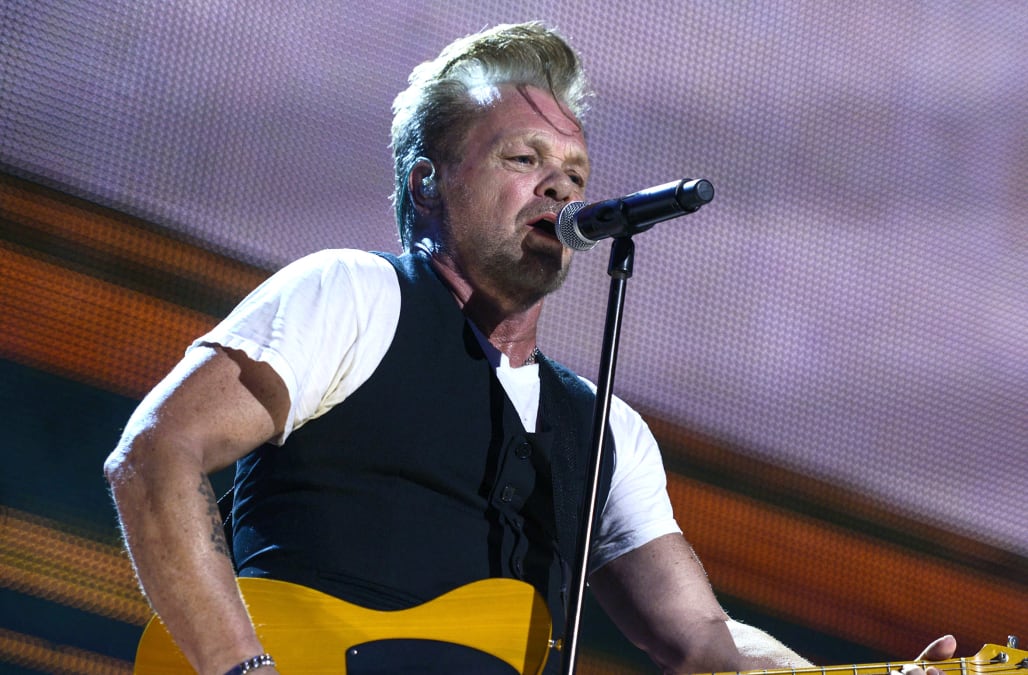 During an appearance on Howard Stern's SiriusXM radio show on Wednesday morning (March 1), John Mellencamp claimed that he insisted on breaking his recording contract with Columbia Records in 2001 after the label's then-president made a racist remark. Mellencamp publicly aired the incident for the first time while recalling the early days of MTV and the flack he caught for insisting that his videos feature more than just white faces.

And while the 65-year-old singer told Stern he brushed off death threats he received at the time -- including one from a disgruntled fan who foolishly included his actual return address on a hate speech-filled letter -- Mellencamp drew the line when it came to his label. "I'm gonna tell you a story Howard that I don't think I've ever told anywhere," Mellencamp said.

"I was on Columbia Records and I made a record called 'Peaceful World,'" he said of the single he released in August 2001 featuring India.Arie. "And it was climbing up the charts, it was right before 9/11. And my manager went in and was talking to the record company and the president of the record company -- who I won't mention his name but you could probably figure it out -- said, 'I don't know why Mellencamp insists on having these [n-words] singing with him. It makes it impossible to get him [on radio]."

14 PHOTOS
John Mellencamp out and about
See Gallery

The singer called up his manager afterwards and asked how the meeting went. "He goes, 'well, [former Columbia Records Senior VP/Marketing & Media] Larry Jenkins lost his job over it cuz he stood up and said you can't say stuff like that," Mellencamp said. "And don't forget, all of Columbia was making their money off of rap at the time and hip-hop. And here was this guy using that word."

Though Mellencamp did not name the exec, he appeared to be alluding to former Columbia president Don Ienner -- who according to court testimony in a lawsuit filed by George Michael in his attempt to get off the label, once referred to the late "Faith" singer as a "f--got," a claim Ienner denied; a spokesperson for Columbia had no comment for this story and Ienner had not returned a request for comment at press time.

"My next call was to [lawyer] Allen Grubman and I just said, 'get me off this label... now.'" The single "Peaceful World" was featured on the Cuttin' Heads album, whose soulful title track -- about an interracial couple -- contained a rapped verse from Public Enemy leader Chuck D and the gospel-tinged refrain "don't calle me n---a cuz you know I don't like it like that."

It was Mellencamp's second effort for Columbia and he told Stern that he recorded the 2003 blues and folk covers album Trouble No More in order to finish his deal and be done with the label. The singer -- who also spoke of his near-deadly fight against spina bifida, crippling depression and bad luck with women during the hour-long chat -- was visiting Stern to promote his upcoming 23rd studio album, Sad Clowns & Hillbillies, due out on Republic on Apr. 28.