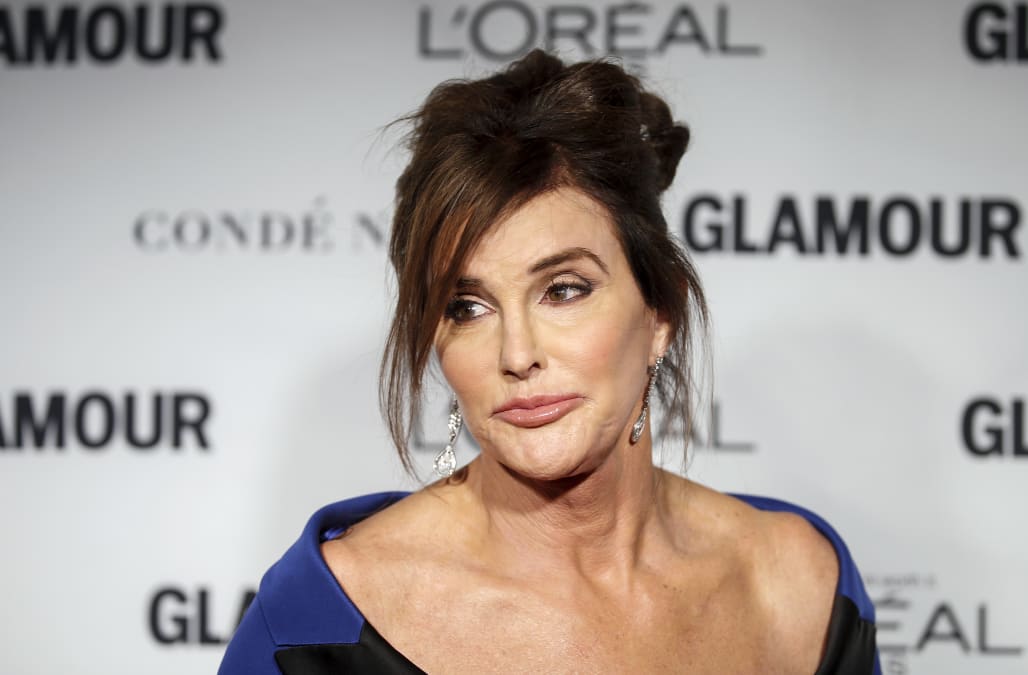 On Thursday night, Caitlyn Jenner broke what some thought was a too long silence when she released a video condemning Trump's Wednesday night move to lift Obama's historic Title IX guidance meant to protect transgender children from discrimination in public schools.

Despite being known for holding some heavily anti-LGBTQ views, the Republican Party still counts Jenner as one of its supporters. In March 2016, Jenner declaring that she wanted to be Ted Cruz's "trans ambassador" during the Republican primaries. A month later, Jenner switched allegiances and took a shot at Cruz for supporting North Carolina's controversial HB2 law while using the women's restroom at Trump Tower in New York.

Given Jenner's support for Trump, people were not willing to stand with her when she called Trump out on Thursday night.

Twitter slams Caitlyn Jenner for anti-Trump video
@Caitlyn_Jenner BISH PLEASE. You know we all warned you. You can't vote for a fascist and eat your cake too. #protecttranskids
@Caitlyn_Jenner I'm cisgender and have a hard time believing that Trans kids believe you when you say that they are "winning". BISH PLEASE.
me watching Caitlyn Jenner start to care about whose lives matter only when it's her life in danger https://t.co/HK0r6oBrjZ
It's time for your apology @Caitlyn_Jenner. You bought the obvious lie and sold out. Own it. https://t.co/OpFtIocj38
Caitlyn Jenner dropped that trump video like... https://t.co/nBS1HQyXlr
Caitlyn Jenner to Trump: "this is a disaster." WHAT THE FUCK WERE YOU EXPECTING?
You sold out the LGBT community, Ms. Jenner. You're too late to help fix the mess you helped create. https://t.co/pV5ecsBeUP #resist #lgbt
Trump: *Picks Anti-LGBT Vice President* Caitlyn Jenner: *votes* Trump: *Enacts Anti-LGBT legislation* Caitlyn: https://t.co/ze7INtzDYu
Wait..So #CaitlynJenner who is a republican who voted for Trump, is now mad that Trump is throwing the #LGBTQ commu… https://t.co/OXsOHsmaR6
Caitlyn Jenner: *votes for and supports a bigot* Bigot: *is bigoted* Caitlyn Jenner: https://t.co/TXN9U4UscW
Caitlyn Jenner had the caudacity to sit & say an "inspiring" message to our trans youth like she didn't vote for Trump.
Caitlyn Jenner is literally the only person in the United States surprised Trump is bad on trans rights
General reminder that Caitlyn Jenner voted and campaigned for this to happen and though she is trans she is not your friend.
Honestly, fuck Caitlyn Jenner for pushing her conservative bullshit, "Trump will be good" nonsense and then trying to act surprised now.
Up Next

One of the most vocal critics of Jenner was transgender media personality TS Madison, who went on a 15-minute rant that ended up going viral on Facebook and Twitter.

"Miss Cailtyn, Imma need you, for the love of God and for all things holy and unholy, all things natural and unnatural, to sit your motherf****** a** down," Madison said.

While Jenner was getting read online, trans actress Angelica Ross shared why telling Jenner she was wrong is so important.

My name is Angelica Ross & I approve every last second of this message by @TsMadisonatl1 for miss @Caitlyn_Jenner! 💺 https://t.co/3srA3e7Xvn

Trans women of color understand all too well how fundamental READING is! I would've NEVER stepped my game up if the girls didn't read me! 📙

"I would've never stepped my game up if the girls didn't read me," Ross wrote.