After 21 nominations, will Kevin O'Connell finally win an Oscar? 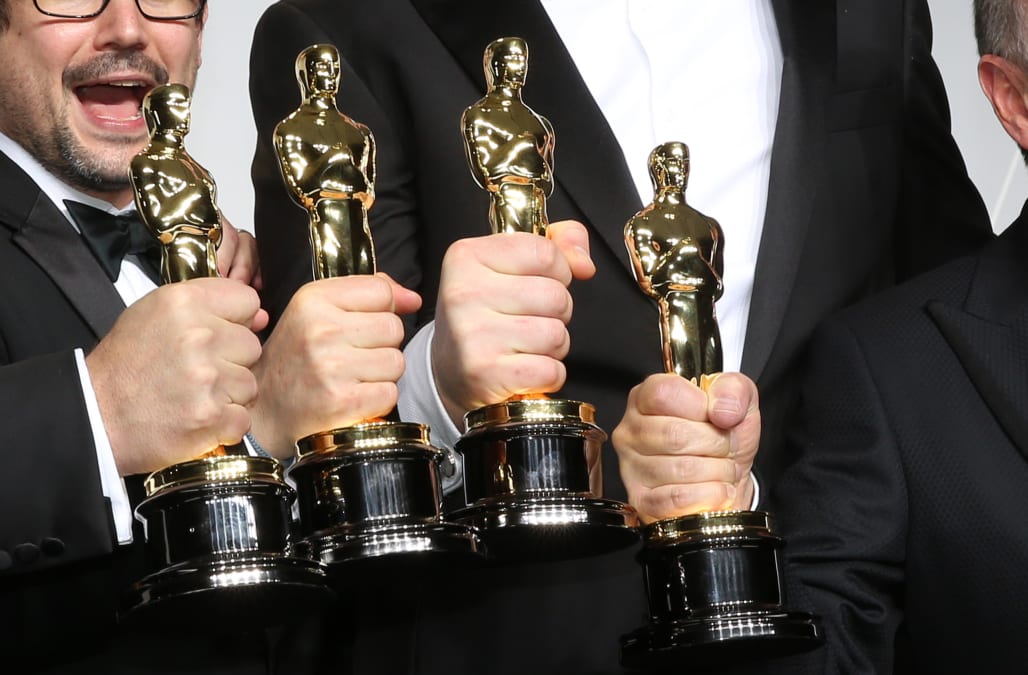 The wait for Leonardo DiCaprio's Oscar win was frustratingly long, but it's nothing compared to Hollywood's sound mixer Kevin O'Connell who holds the record for most Academy Award nominations without a win, 21 times.

The sound mixing master has worked on many movies nominated for a Sound Mixing Academy Award such as Transformers, Top Gun and, more recently, Apocalypto.

See more on the Oscars:

The Most Memorable Oscars Dresses

Charlize Theron in Dior at the 2016 Oscars

Lupita Nyong'o in Prada at the 2014 Oscars

Jennifer Lawrence in Dior Haute Couture at the 2013 Oscars

Amy Adams in Oscar de la Renta at the 2013 Oscars

Angelina Jolie in Atelier Versace at the 2012 Oscars

Anne Hathaway in Armani at the 2009 Oscars

Gwyneth Paltrow in Ralph Lauren at the 1999 Oscars

Michelle Williams in Vera Wang at the 2006 Oscars

Hilary Swank in Guy Laroche at the 2005 Oscars

Diane Keaton at the 2004 Oscars

Marion Cotillard in Jean-Paul Gaultier at the 2008 Oscars

Halle Berry in Ellie Saab at the 2002 Oscars

O'Connell, also known as "the Susan Lucci of the Academy Awards," is back on the Oscar nominee list for his work on Mel Gibson's war movie, Hacksaw Ridge.

It will be a tough fight as he is up against La La Land, a movie that has already made history by breaking the record for most Golden Globes won, winning all seven that it was nominated for.

Regardless, could this year's Oscar finally be O'Connell's?

O'Connell told NBC News that he feels that his winless streak will be over, saying "hopefully my time will come... but it's going to come when it's the right time and hopefully this year it is."

More from AOL.com:
President Trump shared harsh critiques of past Academy Awards
Will Donald and Melania Trump be watching the Oscars? Sean Spicer reveals the answer
Oops! The biggest Oscar presenting snafus of all time