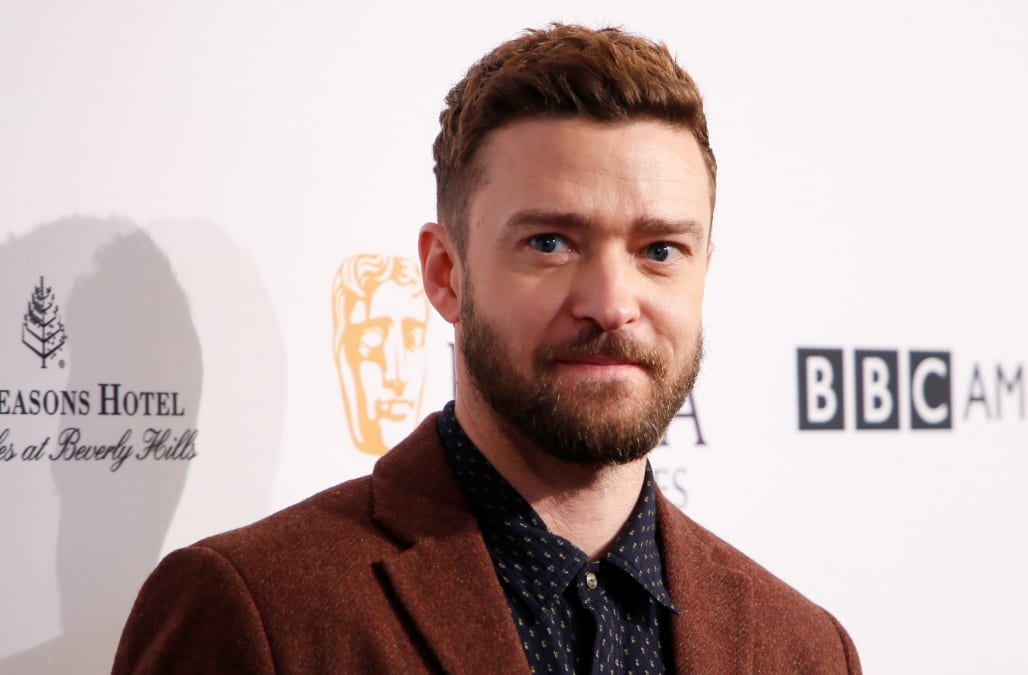 Justin Timberlake can't help but get emotional when he talks about the love he has for his 1-year-old son, Silas.

The 36-year-old singer is up for an Oscar for his song, "Can't Stop the Feeling," from the Trolls soundtrack, and gushed over how great it is to have a tune that he can listen to with his baby boy.

"To be able to share this with him anytime the song comes on the radio or in the car... or sometimes you get a request," Timberlake told Andrew Barker during a Q&A with his "Can't Stop the Music" co-writers, Shellback and Max Martin, as part ofVariety and AARP Movies for Grownups Screening Series. "He says, 'Daddy singing,' and you're like, 'Huh, I think I have something in my eye.'"

The proud father also admitted that becoming a parent has greatly changed him. "I had a son. It really affected me. It influenced me and I felt like I wanted to make something that I could share with him," he explained. "I guess if I'd die from anything, it may be from pride after having a child."

EXCLUSIVE: Lance Bass Responds to Justin Timberlake's Reasons for Leaving *NSYNC -- 'We Cared About the Music'

"There was a lot of serendipity for me as an artist, actor, producer, and singer/songwriter," he continued. "And I still aspire to all of those things, to be the best that I can at all of those things. And then you have this personal note that comes with it and I think that changed it for me. It really had an influence on why this came out the way it did."

After the success of "Can't Stop the Feeling," Timberlake was happy to announce that he's back in the studio. "There's a ton of music that we're making right now," he noted. "I'm just so excited about it."

In a recent interview with ET, Timberlake's wife, Jessica Biel, praised her husband for doing what he loves. "I think having a partner who is doing something that you're excited about -- like for me, his music and everything that he does -- it's just amazing to see somebody doing what they love, and I think it can be as simple as that," the 34-year-old actress said. "It's wonderful to be parents, and it's wonderful to give to your families and everything, but it's also important to be a person and to be an independent human and do things that make you happy."

See photos of Justin Timberlake through the years: