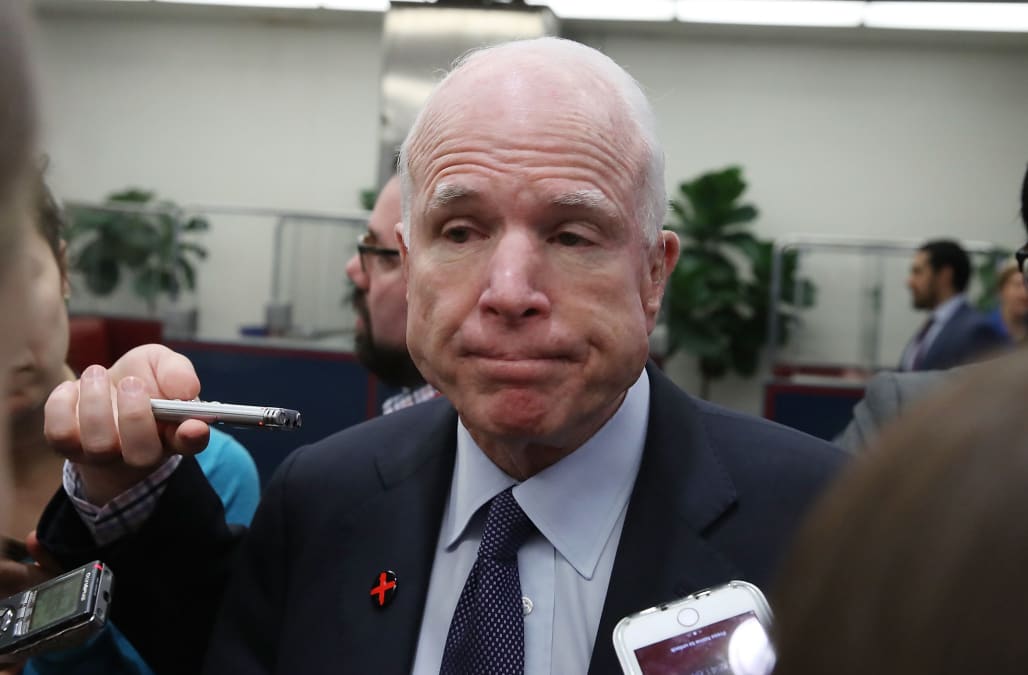 The hearing, entitled, "Ending Modern Slavery: Building on Success," is relevant to Kutcher because he is the co-founder of Thorn, a tech organization focusing on fighting child sexual exploitation. Senator John McCain thanked Kutcher and Human Rights First president Elisa Massimino for coming and joked, "Ashton, you were better-looking in the movies."

While testifying, Kutcher spoke about his company's efforts to combat child sexual exploitation. "Technology can be used to enable slavery, but it can also be used to disable slavery," said Kutcher. "Thorn gives away their tools for free to help end trafficking."