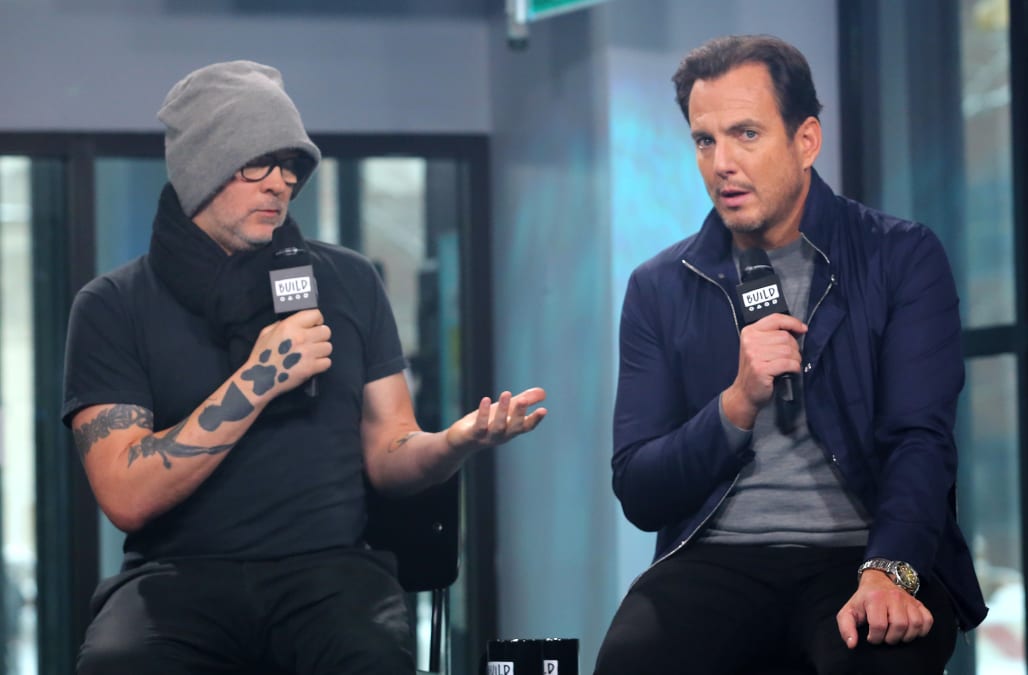 Holy Batman: Lego Batman himself, Will Arnett, and director Chris McKay swooped into BUILD to give the inside scoop on their upcoming film!

In 'The Lego Batman Movie,' a much-anticipated spinoff of the wildly popular 2014 animated film 'The Lego Movie,' Batman (Arnett) wrestles with his inner demons as well as a colorful cast of villains including the Joker (Zach Galifianakis), with the help of sidekick Robin (Michael Cera). But why reincarnate such a beloved superhero as a Lego of all things in the first place?

"We wanted to do a loving homage as well as a parody as well as showing Batman in a different light," McKay said. "It's a more emotional movie about him learning how to love."

During the BUILD, Arnett also discussed his fascination with the human psyche when it comes to exploring the duality of Lego Batman's personality.

"I'm obsessed with people's motives," Arnett revealed. "Jesus turned water into wine, but I'm like, yeah, but why? What's he getting out of it? He wanted to help people? Uh huh. He wanted to 'help' people. Or did it make his Friday easier?"

Although the pair delved deep into characterization for the flick, they certainly didn't forget to have fun, especially with their hilarious costars.

"It was a mistake," joked Arnett about casting Galifianakis. "He and I are at war right now."

McKay added, "I was really fortunate to be able to put these brilliant improvisers in a room and chase them with boom mics...and have them confront each other and riff on each other."

Don't forget to check out 'The Lego Batman Movie,' out in theaters today.