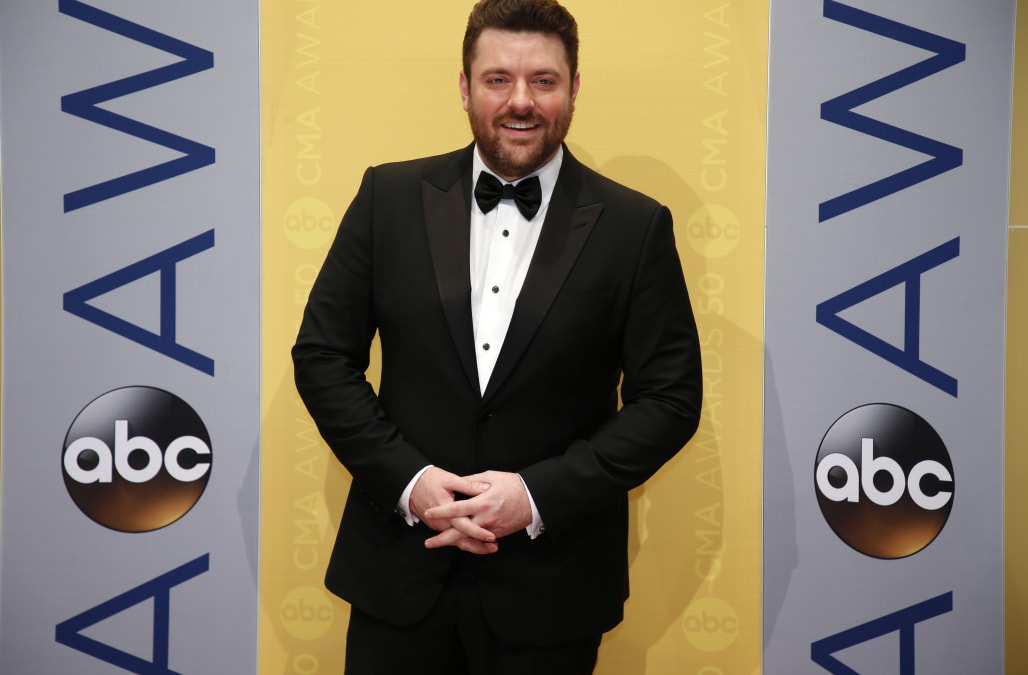 Country star Chris Young's songs may be on the top of your Valentine's Day playlist, but the holiday is surprisingly not his favorite.

The self-identified Christmas fanatic had a simple, yet hilarious, answer when asked if he had plans for the upcoming holiday of love: "Eh, no."

While the 31-year-old country crooner is laying low for this year's festivities, he did gush about some sexy love songs on his V-Day playlist.

Of course he picked some oldies, but goodies: "I'll Make Love To You" by Boyz II Men, "One In A Million" by Ne-Yo and of course, "God Gave Me You" by his pal Blake Shelton.

Young also got candid about his 2017 GRAMMYs nomination for his hit ballad with Cassadee Pope, "Think of You."

"I flipped out. I was really excited," said Young. "It's such a cool thing to be nominated for a GRAMMY. Once that happens you're introduced that way for the rest of your life."

But of course the inspiration for the Tennessee-native's soul-crushing hits like "Sober" and "I'm Comin' Over" has to come from somewhere -- or someone!

Of course Young played it coy, hilariously revealing it comes from "a bad breakup," while talking about his partnership with Folgers Coffee.

The singer-songwriter will mentor musicians who will competing in the exciting Folgers jingle contest. Young gushed about how excited he is for the new project, revealing the jingle is an "iconic tune that has lived in my memory since childhood."

Young has many exciting things in the works, including some new music, going out on tour with Jason Aldean this summer and the 2017 GRAMMYs on February 12.

The country star revealed he's wearing a dapper suit by HUGO BOSS, but he did manage to leave a cheeky detail out:

"I have no idea what I'm wearing underneath."

RELATED: The most outrageous GRAMMYs looks of all time:

The most outrageous GRAMMYs dresses of all time

(Photo by Jeffrey Mayer/WireImage for NARAS)

(Photo by SGranitz/WireImage for NARAS)

More from AOL.com:
EXCLUSIVE: Beyonce to perform at 2017 GRAMMY Awards after announcing she's pregnant with twins
Michael Buble says son Noah is 'progressing well' during cancer treatment in emotional message to fans
Drew Barrymore opens up about divorce, her 'Modern Family' and the British royal she would hook up with