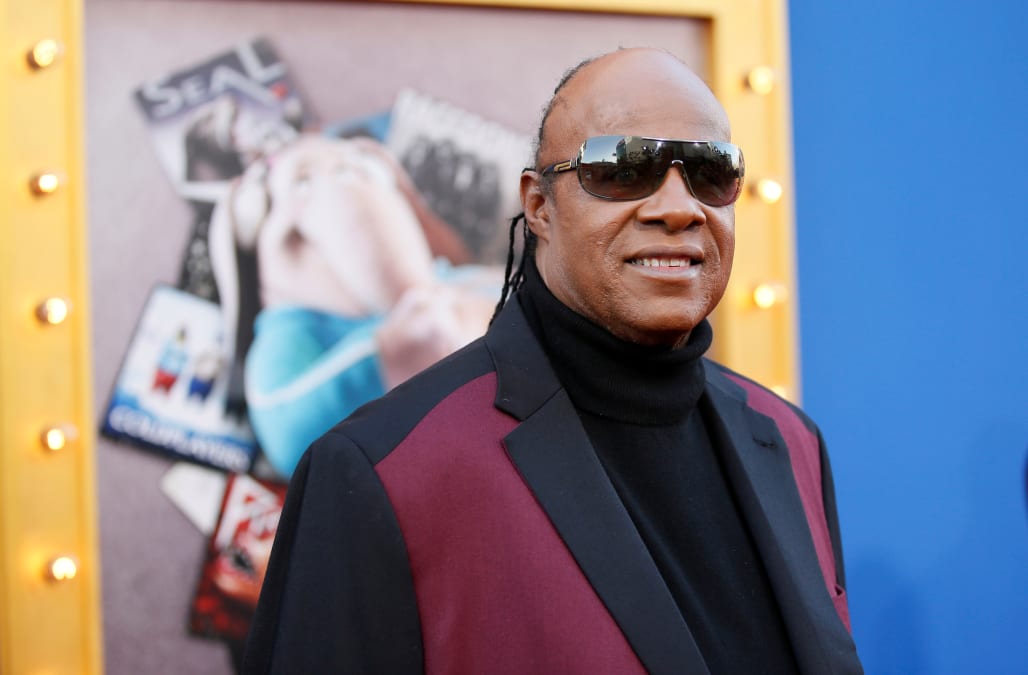 Stevie Wonder was walking through the lobby of the Anaheim Marriott over the weekend when he ran into busker Grayson Erhard, so of course the Rock and Roll Hall of Fame legend hopped up and did a duet with an elated-looking Erhard on "Superstition." Footage of the surprise duet -- which took place while Wonder was in town for the National Association of Music Merchants (NAMM) conference -- includes Wonder shouting out the women who were taking part in the Women's March in Washington and elsewhere.

Singer/songwriter Erhard posted the video on his Facebook page, still in awe over the impromptu jam. One witness to the scene wrote that Erhard was playing "Superstition" in the lobby as Wonder walked through and a flustered Erhard apologized to the music icon for forgetting the words to the second verse."So Stevie offered to sing with him and he whispers the lyrics as they sing together."

"We celebrate the March on Washington, all the women of the world," Wonder says in the video as Erhard strums the song's iconic intro. "Cause you're one of the reasons we're here." Wonder graciously hands the mic over to Erhard to take the lead vocals on the first verse and then again on the chorus.