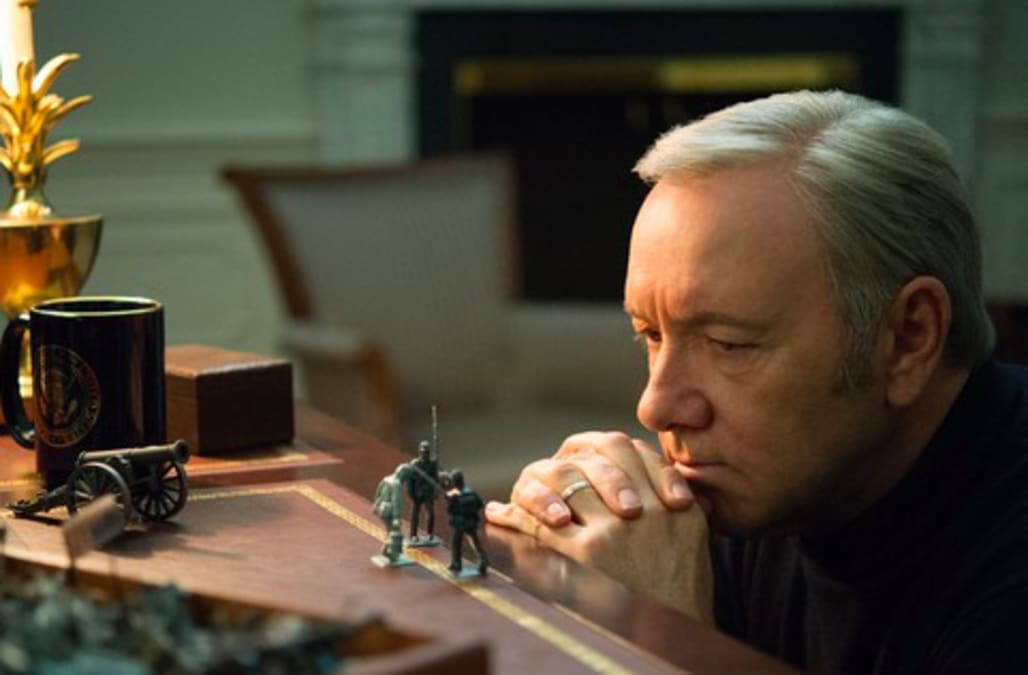 Frank Underwood hates to let another politician steal his thunder. In the spirit of its nefarious political antihero, Netflix released a House of Cards Season 5 teaser and official release date just half an hour before Donald Trump's inauguration.

The teaser begins zoomed in on an American flag as a chorus of children (never not creepy) recites the Pledge of Allegiance. As the camera zooms out on a stormy Washington, we see that the flag is flying upside down.

We make the terror. pic.twitter.com/VpChwGOSMj

The U.S. flag is not to be flown upside down, except in cases of "dire distress" or danger. Given that the text accompanying the video was "We make the terror," things may be getting pretty dire in this alternate reality of Washington, D.C.

Kevin Spacey
Up Next