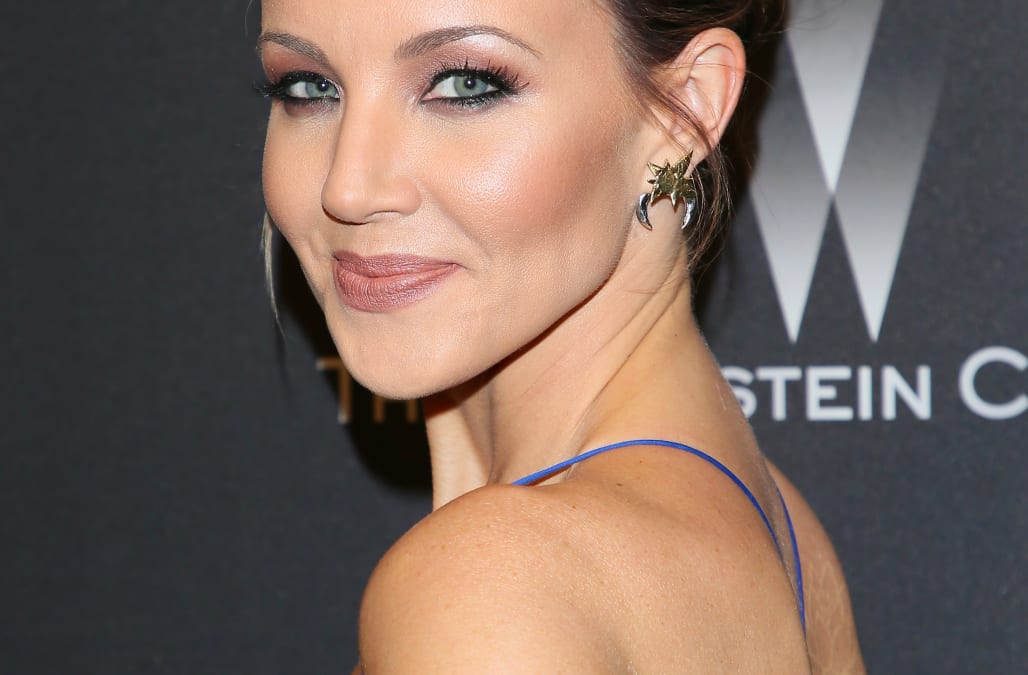 If you don't know the name Brianne Davis yet, you will. The actress hails from Atlanta, GA and currently stars as Lena Graves, the wife of a Navy Seal, in History Channel's highly anticipated drama 'Six'. The series follows the daily lives and operations of the famous armed forces counter-terrorism unit, commonly known as SEAL Team Six.

But this isn't Davis' first rodeo. She's been acting since she was little -- after a teacher recommended joining a theater to overcome her shyness, and since then, she hasn't stopped. From booking her first big television role on the 90's teen drama, 'Dawson's Creek' to starring in the critically-acclaimed war drama 'Jarhead,' Davis has quite the resume. And, it's only growing.

From a young actress to a successful producer and director, Davis has learned the movie business inside and out. In our full interview, Davis opens up about how this new role brings everything full circle and why you should never take anything too personally.

#OnOurRadar is a feature that showcases creative minds and up-and-coming talents. To see more of past interviews, click here.

When did you first fall in love with acting?

Well for me, acting came organically. I never grew up wanting to be an actor. I'm from Atlanta. Atlanta wasn't a big acting thing when I started. I was dyslexic, and I have ADHD, and I was very shy. So my teacher was like, 'Oh, you should try this theater class.' As soon as I did it, it got me out of myself. Becoming another character brought me closer to me. So, that's how I started. I started really young, and I did commercials. My first big job was 'Dawson's Creek'. Ever since that, I knew that this was what I wanted to do for the rest of my life.

How did you first get involved with the TV show 'Six'?

It's the typical actor getting the call saying they [casting] want to see you for this part. I'm really good friends with the casting director because she put me in 'True Blood' and 'Murder in the First'. So I worked with her, and I also worked with the writer, our showrunner, William Broyles, who wrote 'Jarhead', which was my first big movie when I moved to LA. So it was kind of full circle for me. But when I went in for the audition, I had dark hair, and William did not recognize me at all. I was in there for hours, and had do it 35 different ways, and then they brought me in again. So I feel like this is bigger than me -- It was full circle. I'm from a military family. I support the troops. I've gone to Afghanistan and Iraq. I've flown helicopters and shot a bunch of guns -- even though I believe in gun control. Having all those connections probably did help, but I still had to work my butt off to get the part. They put me through the ringer, and they made me do it so many different ways.

What have you done to prepare for the role of Lena?

For the guys, they had to do a lot of physical training, but for me and Nadine [Velasquez] that play the wives, it was very psychological. I talked to this Navy Seal wife that's been with her husband for 25 years. I asked her every question you probably would never ask a stranger, like very personal ones. I even said to her, 'if you don't want to answer, I totally get it'. It was mostly putting yourself in their position. I have to say being on this show and doing all the work and being with all these Navy Seals, the woman behind the men are actually stronger than the men. They hold the families together. They are alone for 300 days out of the year. They have to be independent and strong. They usually have careers. If they don't, it usually doesn't last. It's very interesting to delve into their minds because they sacrifice so much. Lena was such an emotional character. I couldn't break. So any emotional stuff, they would not allow me to break because if she broke then her husband can't do his job. When you see the whole season, it's heart-wrenching.

Long hours, always. They usually put three or four of my scenes all in one day. The boys would probably be working five days a week, and I would work two, which is a blessing, but also when you're in Wilmington, NC, how much can you do for five months? But mine was intense because they put a lot of intense scenes back to back. So those days, by the end of it, I was just drained, emotionally and physically drained.

Did you have a favorite scene that you worked on?

There are some moments that are so real for Barry [Sloane] and I. There's the scene in the garage, which I don't want to give it away; but there's this scene in the garage that was brutal, and there's this scene in a fertility clinic that is playful and lovely. So we had those moments, and then I have to say, the last scene in episode eight is just goosebumps. Usually when I watch myself, I'm like 'eh, whatever, it's just a job.' But we all knew it was episode eight, and we were all like, 'holy crap.' It's like something special about this show that is very rare. I have so many good scenes, and they are so personal that it's hard to pick. Honestly every scene was important. There wasn't one that is just throw away.

What do you hope people take away after seeing this show?

Well, I hope for the Seal families, we really wanted to portray it as authentic and real, and to see how much they give up for their country. The men give up a lot and the women and the children of military families. I don't think any shows have really touched on that. I just don't think there's been a real portrayal, and I guess the good thing is we got our technical advisors. We got a bunch of Seals, and they're like, 'that's not how it's done, it wouldn't be like this.' We really tried our best to do that so I hope people see how much they sacrifice and how much they give up for their country, and to support the troops, no matter if you agree with the war or not. I think we take it for granted as civilians.

What have you done with the troops?

I've done two USO tours. I went to Iraq, and we visited about fifteen bases and stayed in Saddam Hussein's palace. It was the craziest situation. We hung out with the soldiers. We played games. We signed autographs. Then I went to Afghanistan and did the same thing. It's just giving back our time because they'll be at a base that's in the middle of the desert, there's only 50 soldiers at that base, and they don't see anyone for nine months. So just coming in and changing the energy. I donate to Navy Seal families, and just try to do everything to say thank you, because I could never do that job.

I'm also a director. Being a director, I look at everything differently now. Before I was like, 'I just want to work, I want to work'. Now, I want to tell stories that impact and affect people and move people and inspire people. That's very important to me, but when you're starting out and you want to act, you just got to do what comes to you. But now it's very choosy. I get scripts, and I'm like, 'this is not what I want to do'. It's a beautiful thing where you get to a place where you can do that. I've produced three movies so doing that and directing too, it's just a really exciting time. Plus my husband and I create all the time. We're always writing and traveling. I get my inspiration from that and my friends. They are all very creative.

What are some of the best things you've taken away from working on the other side of the camera?

That it's not always about you. As actors we're so singular even though we're working with everybody else. You're aware of everybody's story and where you fit into it, but you're still so self-involved. By the time an actor gets a job every other decision has been made. It's so not about them. It's interesting to see that. I think that took the importance of not getting a part or getting a part. Not getting a part has nothing to do with me, which I think is helpful for other actors to see. You not getting it usually has nothing to do with you.

What advice would you give to aspiring actors, directors or producers?

You've got to work your butt off. Nothing is given to you. If you don't have the money, just go out and do it anyway. If you don't have the experience, go out and shoot something. Get some friends and go and shoot something. Just keep creating. Creating will only bring in more. And not to rely, definitely if an actor is going into the business, not to rely on your agent, especially these days. Ten years ago, that's different, but now you have to do more than just be an actor. It's still hard for me with social media because I'm a private person, but it's part of the beast. You have to put yourself out there all the time. Don't take anything personally because it really isn't. I wish I had known that when I had started.

More from AOL.com:
How Wrabel's music hit '11 Blocks' came to be
Singer-songwriter Rozes brings soaring vocals and soul to EDM
Chelsea Shag proves confidence in yourself can produce an incredible sound