Lisa Edelstein on 'Girlfriends' Guide To Divorce': 'It's been a wonderful experience' 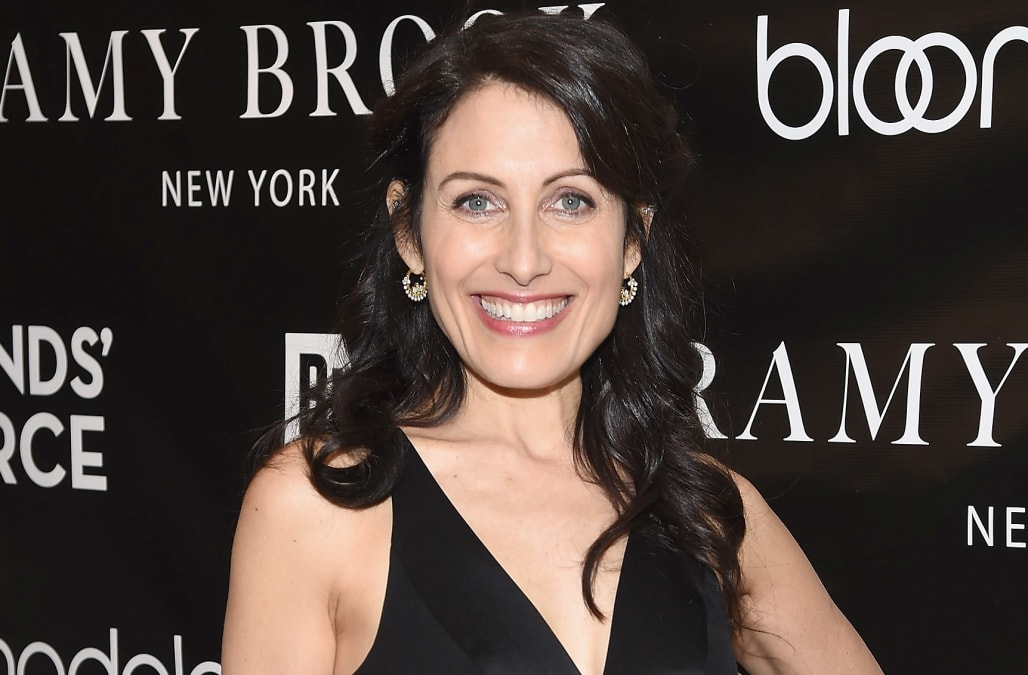 After nearly 30 years in show business, Lisa Edelstein is finally, truly getting what she wants.

Three seasons into her starring turn on Bravo's "Girlfriends' Guide To Divorce" (the reality juggernaut's first scripted hit), Edelstein has expanded her role into one that also includes writing, producing and, soon, directing.

SEE ALSO: 'Vanderpump Rules' star Ariana Madix previews the second half of season 5: 'I'm definitely going to get into it'

"I'm trying to eek out every bit of this experience while it's happening," she told me when I sat down with her ahead of last week's season 3 premiere. And, though Edelstein credits her "awesome" female boss for giving her those opportunities, it's clear to see that her own professionalism and work ethic also probably had something to do with it.

When we chatted before a live Q&A with creative director Ramy Sharp and costume designer Cynthia Summers at Bloomingdale's flagship store in New York City, Edelstein was fighting a major cold. But, despite the clear rasp in her voice, the former "House" star proved more than game to sit through numerous interviews, all the while handing out fist bumps instead of potentially germ-filled handshakes.

I chatted with Lisa Edelstein about season 3 of "Girlfriends' Guide To Divorce," why it's connected with Bravo's reality TV-obsessed audience and taking on more responsibility behind the scenes.

See photos of Lisa Edelstein out and about:

15 PHOTOS
Lisa Edelstein out and about
See Gallery

Check out my full conversation with Lisa Edelstein below:

A new season of "Girlfriends' Guide To Divorce" is premiering. What's the feeling like right before new episodes are about to be seen by the public for the first time?

It's exciting! We work really hard. This job is very personal, and what the job requires of me -- in terms of my emotions and what I put into it -- is very exciting and wonderful, so I really look forward to telling those stories to the world. And that day has come!

"Girlfriends' Guide" and "Odd Mom Out" have proven to be Bravo's first real scripted hits after years of airing popular reality shows. What do you think people have connected with so much on your show?

For Bravo, we were their first scripted show, and it was a nice transition [from their reality programming], because it's still aspirational, still features fashion and focuses on this life that people like to peek into. But, at the same time, it's very raw and I think we can tell a more honest story than some of the reality shows can, because nobody's personal life is truly at risk. That's what fiction is so wonderful for. It was a really great opportunity for Bravo viewers to not have to change the channel when they wanted to see scripted programming.

Since the first season, your role on the show has expanded to include acting, writing and producing. What has that been like for you?

I'm directing in season 5, I'm producing, and that's all because I have this awesome female boss, who's just psyched about women and psyched about giving people opportunities that they're looking for. For me, it's an experience of ambition in the greatest sense. Not the ugly side of ambition -- where you'll do anything [to get ahead] -- but the side where it's like, "If you want to try this, it's available to you."

And, though it shouldn't be at this point, in some ways that's still sort of a groundbreaking idea.

It's amazing! I want. I want because I'm a grown-up, and I've been doing this for 30 years and because you would hope that in any industry, after 30 years, you get more responsibility. In this case, that's what happened. I don't know what's next, but I'm trying to eek out every bit of this experience while it's happening.

As has been mentioned a lot, I'm sure, the show has been picked up through season 5, which will be the official end of the show. What's the sensation like of knowing where and when a show is going to end so far in advance?

For a TV show, knowing where it's going to end is a very powerful tool, because most of the time you're just waiting to find out whether or not you're picked up. So, you keep telling these stories that will leave people hanging. Now, we have three seasons to tell a really beautiful arc and a journey, and as creators that's a really wonderful gift. As actors, too, it's also wonderful, because we know when we're available. If someone is doing a project, we can say, "This is when I'm done." You're not waiting to find out anything.

At the same time, though, we've built this family, and it's going to be very hard to let that family go. It's been a wonderful experience. This crew has been amazing, and my fellow actors are generous and warm and smart and funny, so that in itself is always going to be sad.

More from AOL.com:
Nick Lachey on welcoming baby No. 3: 'Everyone's happy and healthy ... it's been easy!'
Busy Philipps reveals which famous role she gets recognized for 'three times a week'
Nicole 'Snooki' Polizzi reveals what she was nervous about going into 'Celebrity Apprentice'