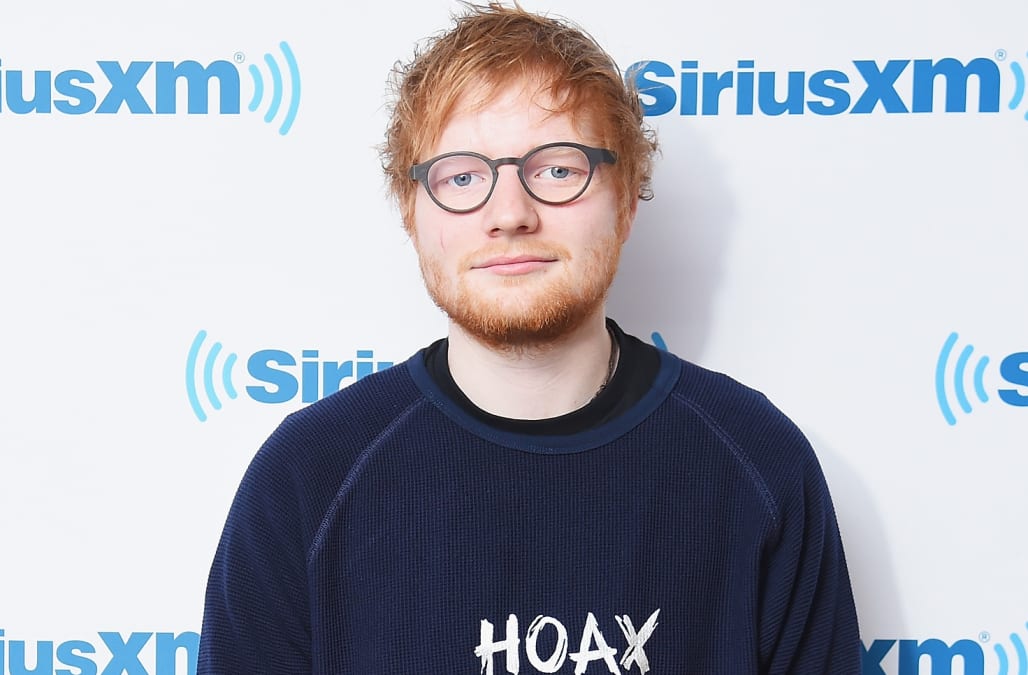 Thanks Trump. Turns out Sheerios could have gotten Ed Sheeran's Divide, more than five months earlier if it wasn't for president-elect Donald Trump. The singer appeared on Zane Lowe's Apple Beats 1 radio show on Tuesday (Jan. 17) and revealed that the original timetable had his third album dropping in November, but he delayed it because of the "s--t storm" caused by the former reality TV host's election.

"The plan was to come in September and then the album was meant to come in November, but the week the album was coming out was the week the presidential elections - that was just a s--t storm of media and I was like obviously if I come out with a record then no one's gonna care," he said. "And then the week after Bruno [Mars] came out, the week after The Weeknd came out and I was like..."

In what he said is one of the only lengthy sit-down interviews he's planning to do in connection with the album, Sheeran explained that waiting until March 3 to drop the 12-song effort seems like way better timing. "It feels like a clean start this year not like any time I've come out there's always been another person," he said, revealing a bit of a competitive streak. "Like remember the first year I came out, being nominated for every award but then Adele was nominated for every award, and I'd kinda turn up like, 'uh yeah.' But this year it kinda feels like there's no one there ... I'm very, very confident in this year. This year is mine!"

Sheeran, 25 -- who just scored his first No. 1 on the Billboard Hot 100 as a performer with the single "Shape of You" (while making history as "Castle on the Hill" debuted simultaneously in the top 10 at No. 6) -- admitted to putting pressure on himself to come out on top. "I'm never going to hide the fact that I'm a very competitive person and I do want this to be the biggest album in the world," he said. "But this is where my career really begins - the rest has been a set up to this point."

More from Billboard:
Ed Sheeran in 'Shape' for Possible No. 1 Hot 100 Debut Next Week
Ed Sheeran Once Pretended He Was Calvin Harris to Get Into Madonna's Oscars Party
Hear What Ed Sheeran-Written Song He Wishes He Had Kept for Himself