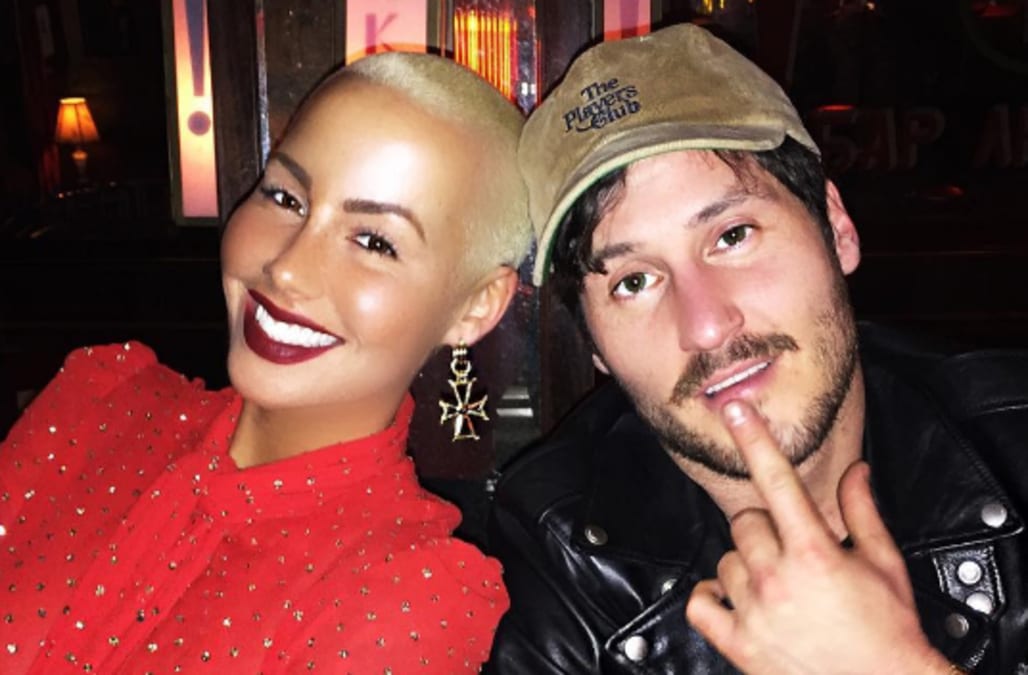 Amber Rose and Val Chmerkovskiy have no problem with PDA.

The 33-year-old model posted yet another photo of her kissing the 30-year-old Dancing With the Stars pro, along with the caption: "NYC nights."

In the image, Rose is wearing a cleavage-baring green getup, while Chmerkovskiy is dressed in an all-black outfit and a matching hat, which he pulls back to lock lips with his girlfriend.

WATCH: Amber Rose Opens Up About 'Amazing' Romance With 'My Love' Val Chmerkovskiy

The intimate pic was posted a day after the couple were spotted sharing a smooch at Monday's New York Knicks game at Madison Square Garden. "Jumbotron vibes with my boo," Chmerkovskiy captioned a video of the moment.

"Why is he so cute tho," Rose gushed over her boyfriend in an Instagram post from the game.

See more photos of Amber Rose through the years:

"They were really cute," an onlooker told ET of the couple's courtside date. "They look like they have a lot of fun together!"

The two played coy about their relationship at first. When speaking to ET in October, Chmerkovskiy responded to fans saying he looked cute with Rose, boasting, "I'd make a cute couple with a lot of people, you know what I'm sayin'?"