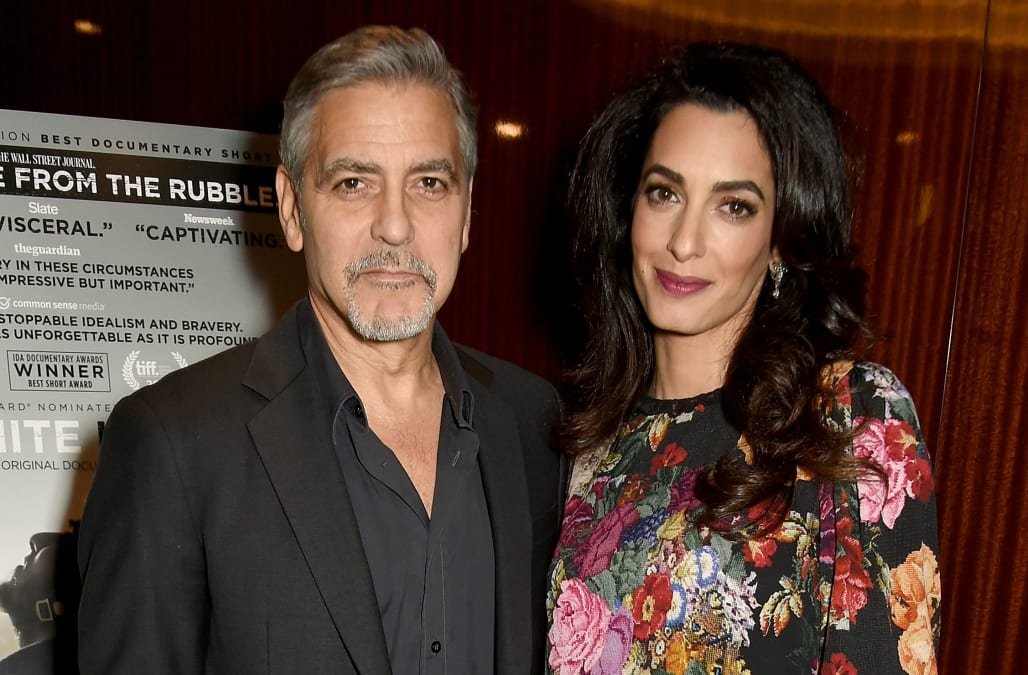 Amal Clooney is a glowing goddess!

The 38-year-old civil rights lawyer was honored at the Women of Impact dinner during the World Economic Forum in Davos, Switzerland, on Tuesday, stepping out in a gorgeous (and very glitzy!) number.

But her best accessory of all? Her husband, George Clooney, who looked dapper in head-to-toe black. 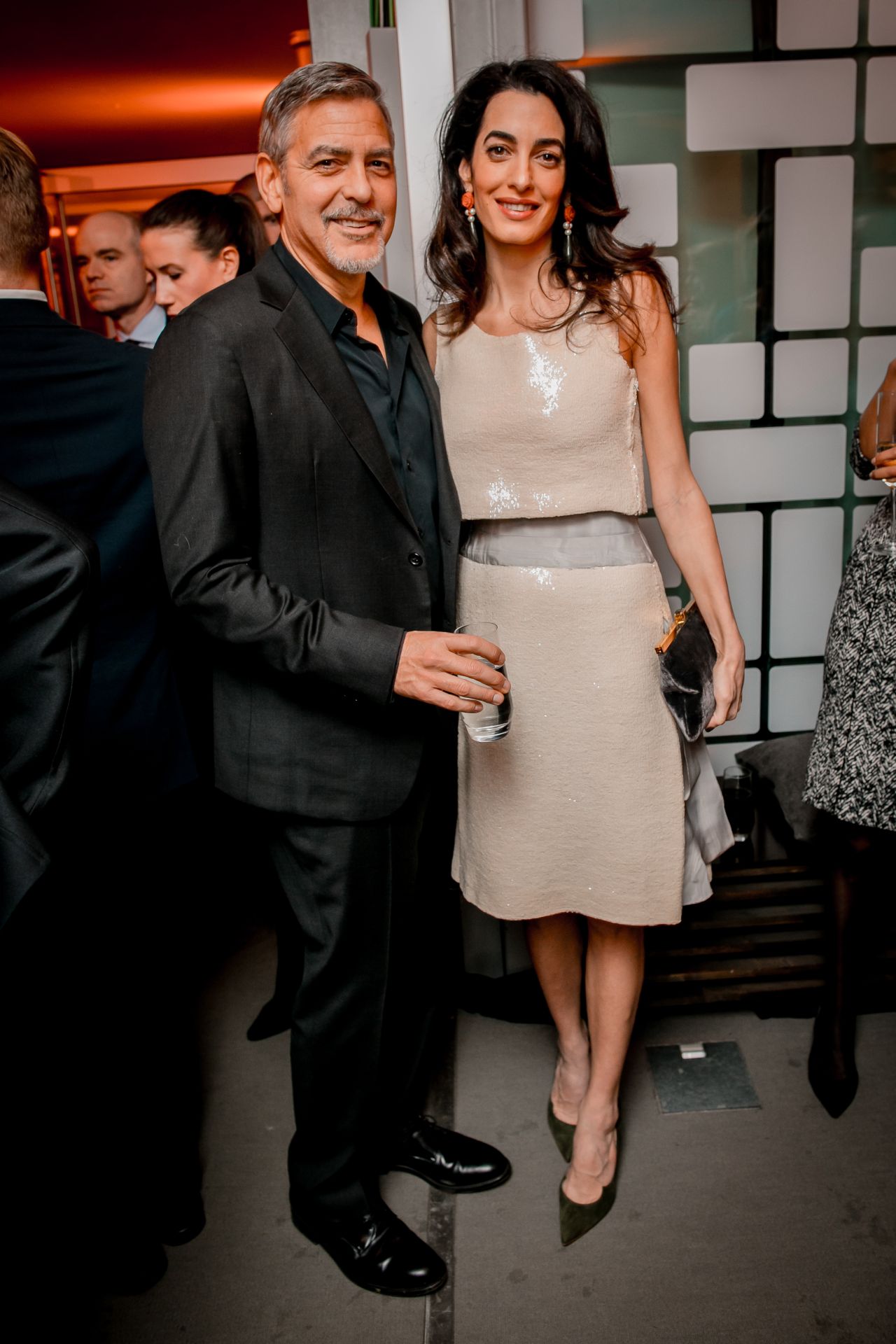 The gathering, which was hosted by publisher Tina Brown, was attended by powerful men and women from across the globe, including U.S. Vice President Joe Biden and Tidjane Thiam, CEO of Credit Suisse. 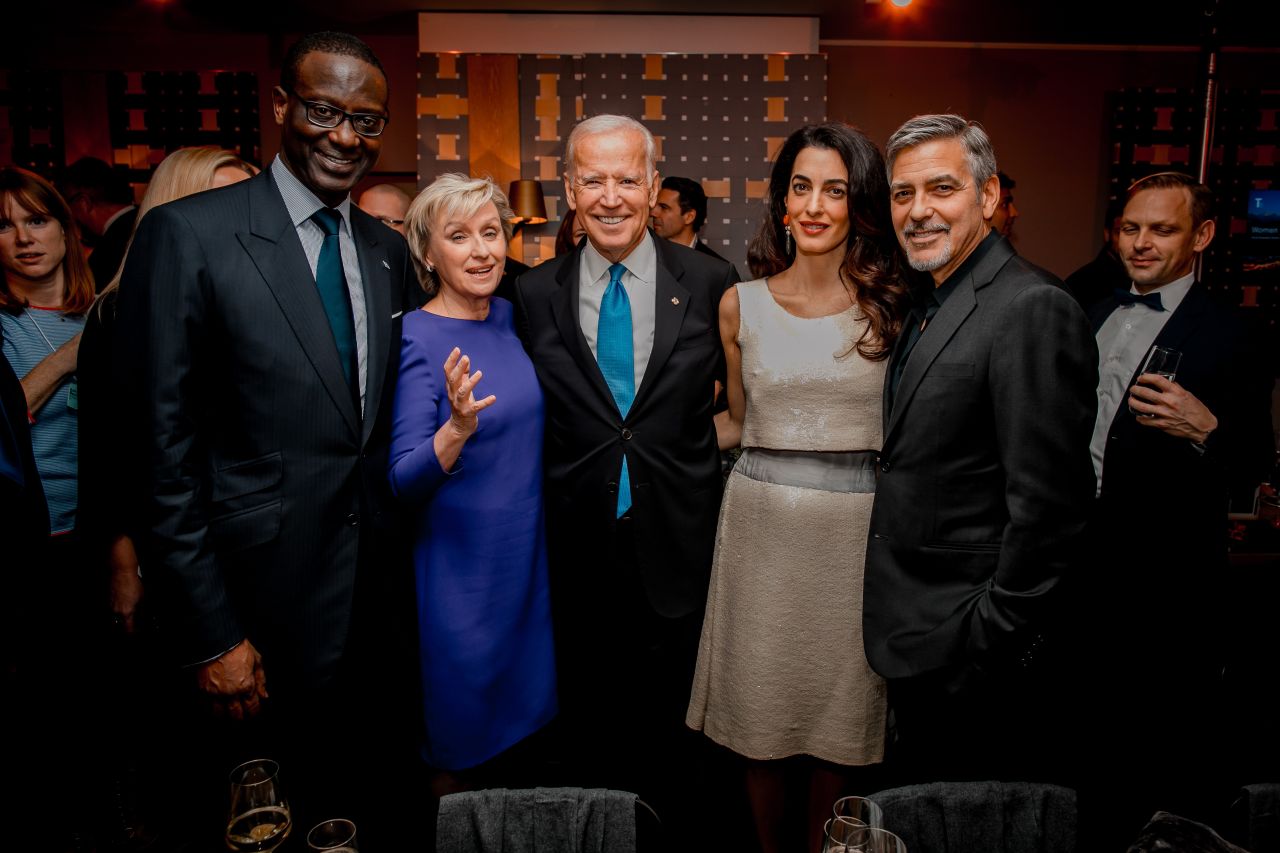 Amal recently spoke out on women's rights and victims of ISIS at the Texas Conference for Women in Austin, Texas, last November.

27 PHOTOS
Amal Clooney out and about
See Gallery

"The worst thing that we can do as women is not stand up for each other," she told the crowd. "I'm ashamed as a woman that girls like Nadia [who was sold as a sex slave to an ISIS commander in 2014] can today have their bodies sold and used as battlefields, and I'm ashamed as a human being that we ignore their cries for help."

"If we keep up the fight for women's rights, there is nothing we can't do," she continued.

One month prior to Amal's moving speech, ET caught up with George on the red carpet at the Motion Picture Television Fund's 'Night Under the Stars' benefit in Los Angeles, where he couldn't stop gushing about his wife's "heroic" work.

"Of course I'm proud of her. Yeah, it comes with risk," he said of Amal's decision to represent Nadia. "You spend an afternoon with that young woman [Nadia], there's no way you couldn't stand up for her. She's so brave. She's the one who's the bravest because she's in the most dangerous [situation]. I think Amal's decision to [represent her] was, of course, heroic."

Hear more highlights from the interview in the video below!