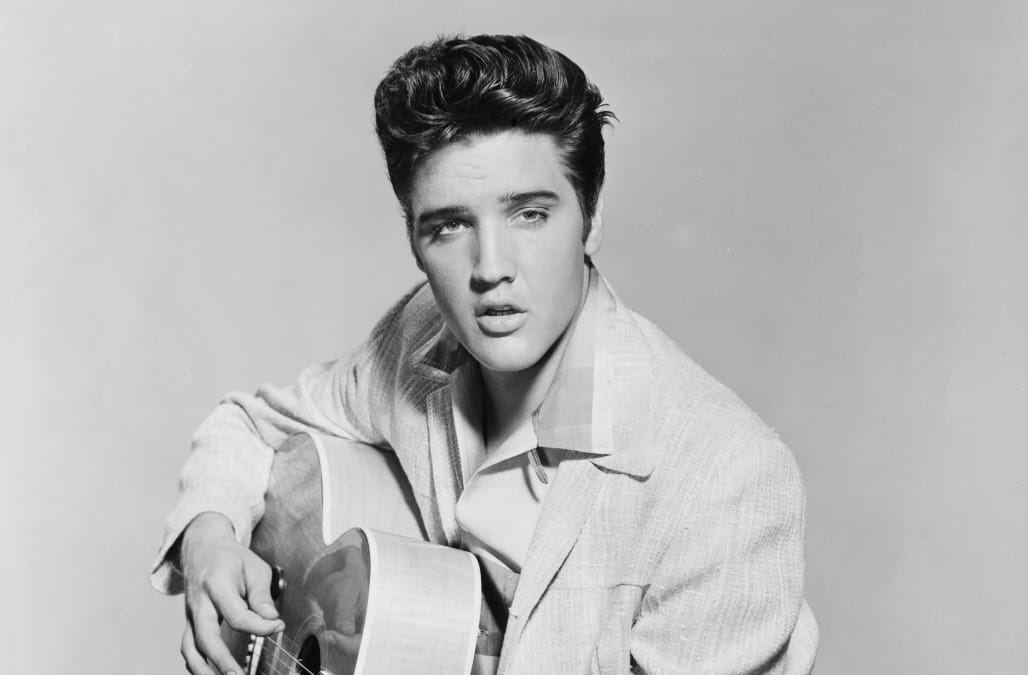 Elvis has not yet left the building -- in fact, he even showed up to his own birthday party this month.

At least, that's what some Elvis death hoax conspiracy theorists are claiming, after a mysterious bearded man was spotted at Elvis' old mansion during a party.

The video in question was taken at Graceland on January 8, 2017, on what would have been the star's 82nd birthday, during a cake cutting ceremony on the front lawn.

Notice anyone suspicious in the background?

An admin of the page "Evidence Elvis Presley is Alive" shared screenshots of the video on Facebook, which have refueled rumors that the star's death was ultimately a hoax.

Oddly enough, the photos have proven to be a polarizing topic even among a group of people who unanimously believe the King is still alive.

Some truthers claim the bearded man is actually Elvis himself, while others say that his facial features and hair more closely resemble those of his twin brother, Jessie Presley.

"Must be our Elvis. The bodyguards are so obvious," one woman wrote, referencing the three men standing in the pack of the photo who seem to be discreetly guarding the figure. "Wish I was there so much. I would have noticed him."

But after digging a bit deeper, the group admin came to the conclusion that the man was, in fact, Elvis' twin all along.

"Look at this picture!" they captioned a photo showing the back of the man's head. "Notice the pony tail? Elvis (Pastor Bob Joyce) does not have a pony tail, therefore this must be Jesse."

However, there are two small problems with both of these theories.

One is that Jessie was delivered stillborn 30 minutes before Elvis was born on January 8, 1935.

The other is that according to official records, Elvis (pretty infamously) died of a heart attack on August 16th, 1977.

Alas -- having been present during neither one of the Presley brothers' deaths, we suppose this will just have to be our word against theirs.